After a great morning at WT Teifi Marshes myself and good friend Dave Gilbert thought we'd walk the path from the reserve along the River Teifi as far as the Castle Street old stone bridge in the centre of Cardigan in the hope of seeing an Otter.

As luck would have it an elderly gentleman on a pushbike upon seeing our cameras stopped to tell us that he had just seen a large 'dog' Otter fishing near the aforementioned bridge, "I nearly fell off my bike when I saw it" he exclaimed !!

After thanking him him for the info we quickened our step arriving at the bridge within minutes, we scanned for 10 minutes and the Otter was nowhere to be seen, suddenly I spied a movement in the water near the opposite bank, it was the creature busily fishing !!

We dashed across the bridge only to find that the Otter had crossed over the river to where we had just come from.

We returned across the footbridge and took up a position in one of the 'niches' on the old bridge from where we had great views watching and photographing what Otters do best, catching fish.

Our excitement and activity interested some passers by and a young couple stopped in their car to enquire what we were doing, the young lady jumped out of the car exclaiming that she had never had the luck to see an Otter and was sending her husband to park their car !!

Like us she was amazed to see the creature at such close quarters and it was not at all phased by our presence, I guess that occupying a stretch of prime river in the middle of a busy town has made the Otters very much used to traffic and pedestrians.

We 'filled our boots' watching and taking photos of the amazing creature for almost an hour until it disappeared as mysteriously as it had turned up.

Only my second good opportunity of photographing Otters after the first at Llangors Lake, Brecon back about 8 years ago when a pair of youngsters appeared from nowhere in front of me, a 'lifer' for my very excited friend Dave. 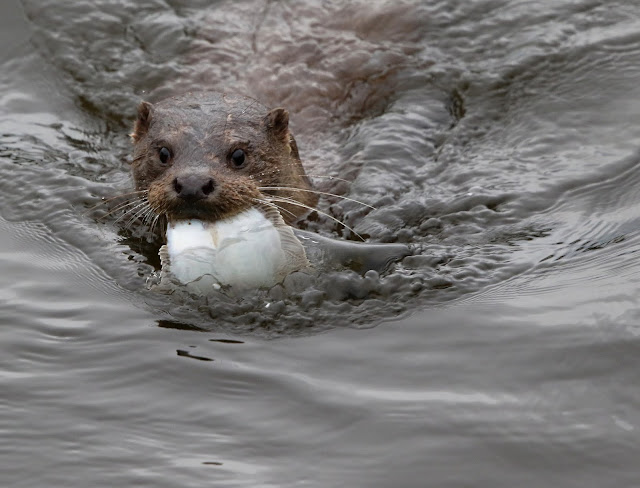 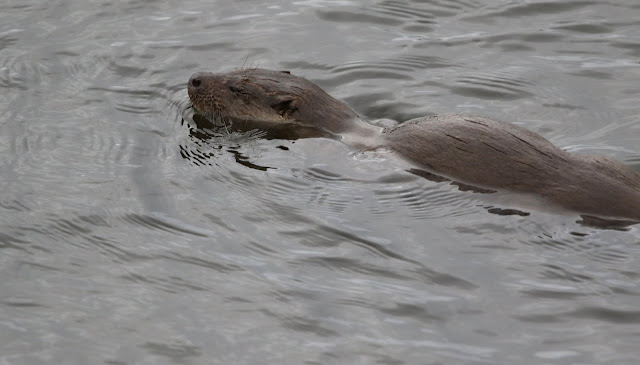 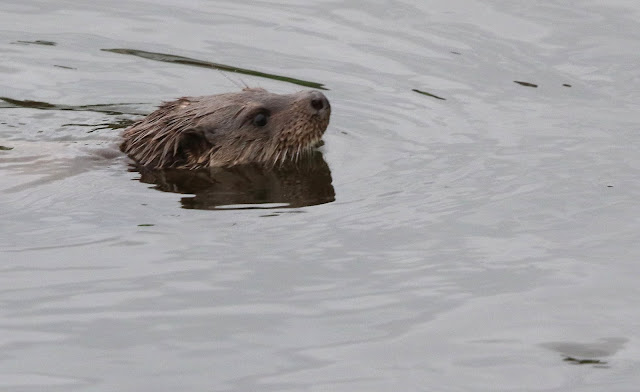 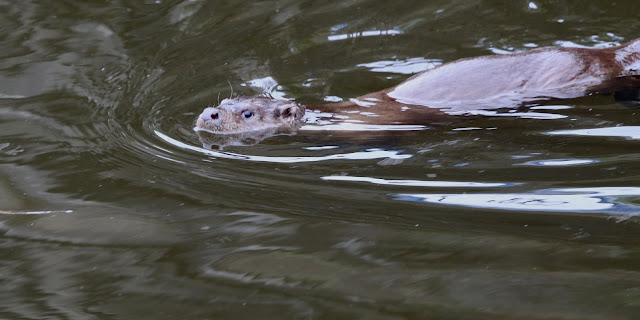 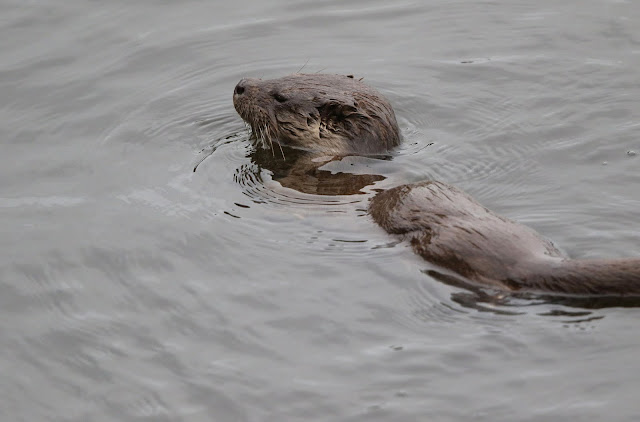 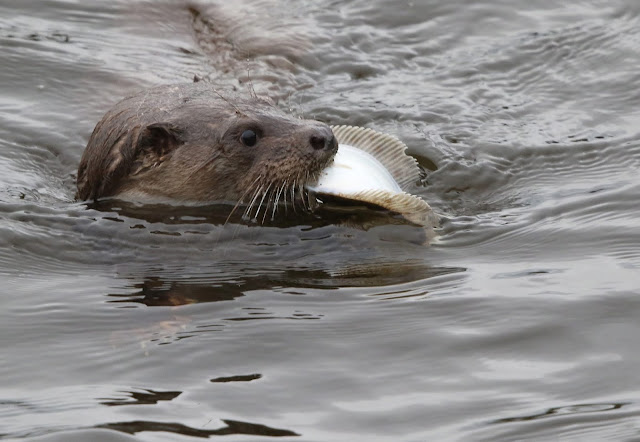 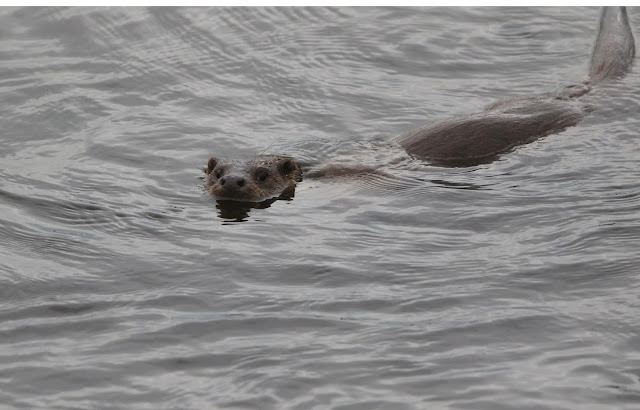 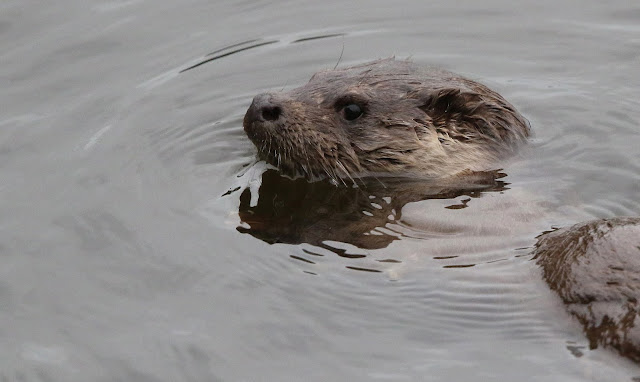