Although I've seen a few over the years I'd never photographed a Red-Necked Grebe so my mission today was to try and get some photos of the juvenile bird that had turned up on the lake a week ago but wasn't properly identified until the middle of last week.
My first port of call though was the Ogmore-By-Sea to try and also photograph the Red-Breasted Merganser which unusually and chosen to linger on the river opposite Portobello House for the last couple of days.
There was an extremely high tide when I arrived at 8.15am and there were very few birds present which included my target bird, within minutes of me arriving a pair of shooting twats turned up on the opposite side of the river and quickly brought down a Canada Goose and male Mallard.
They even had a go at shooting a pair of flyover Goosanders but luckily for the birds the shorter chubby twat missed !!
I have heard of shooting at the site but had never witnessed it before and suffice to say they scared off every living creature within half a mile.
I'll be shaming the twats on social media and may report them to the police. 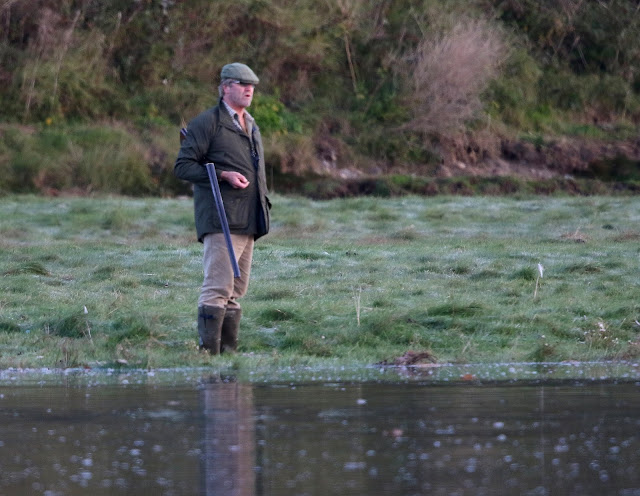 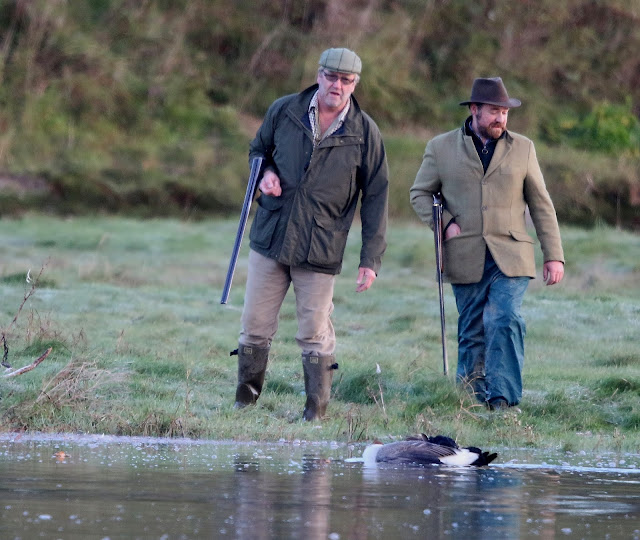 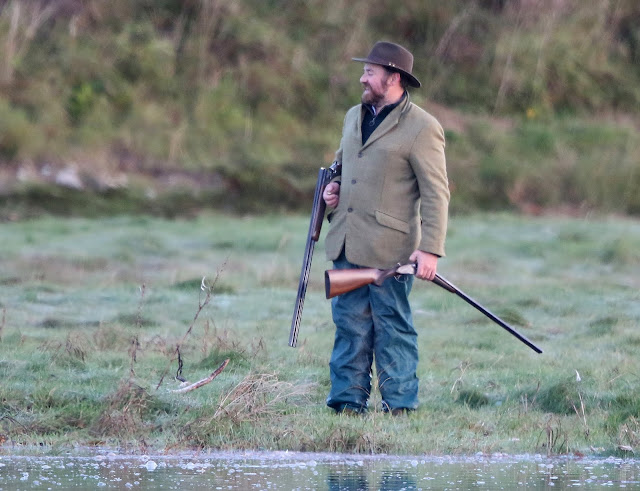 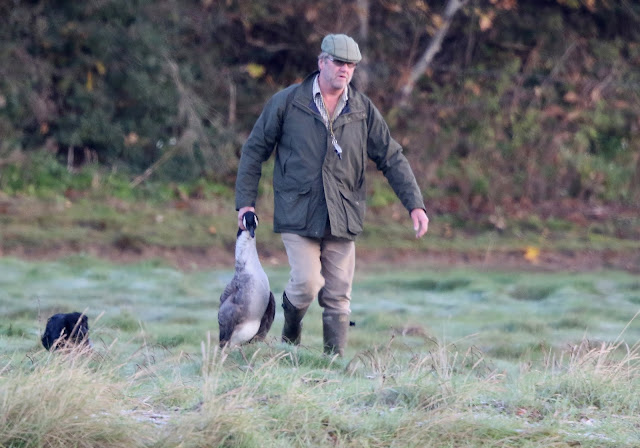 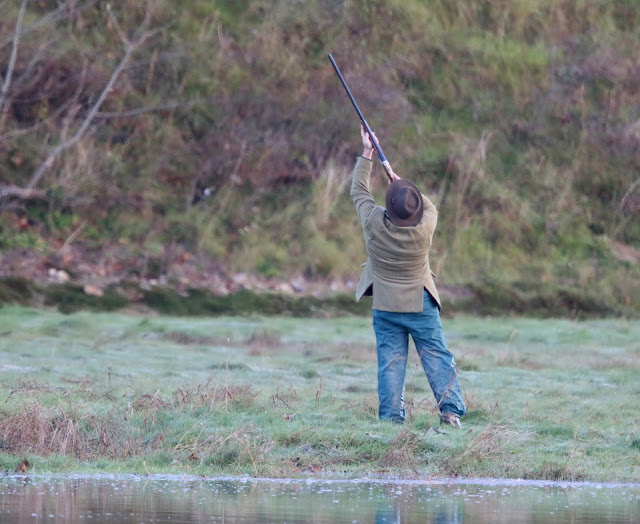 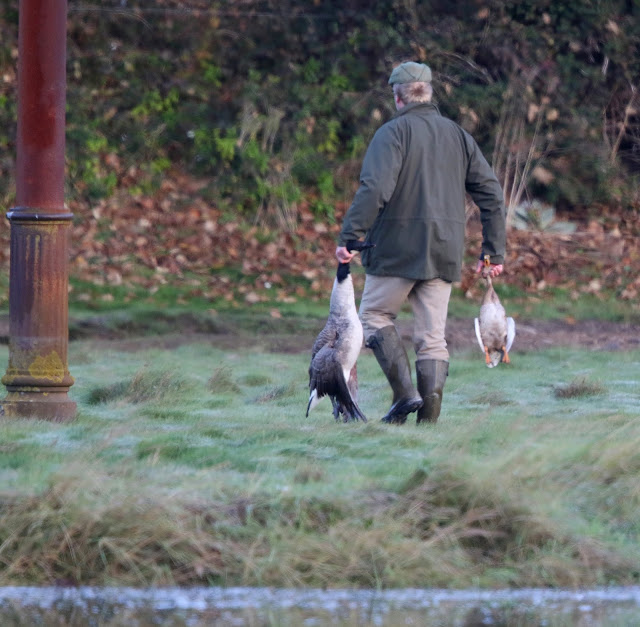 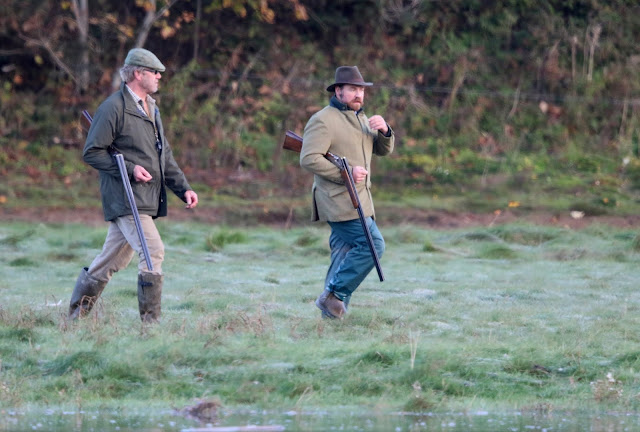 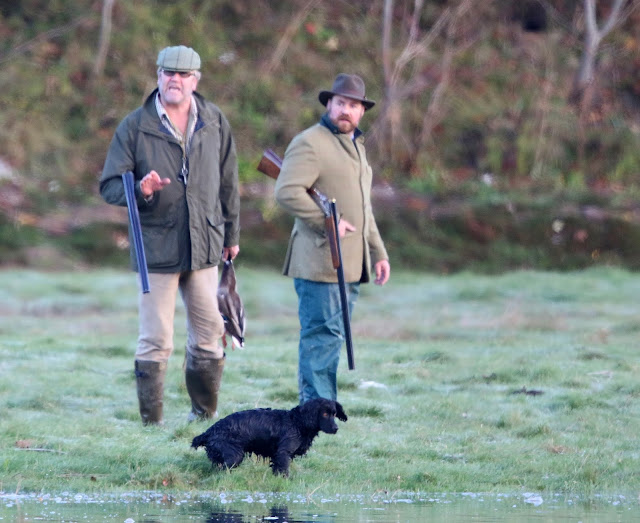 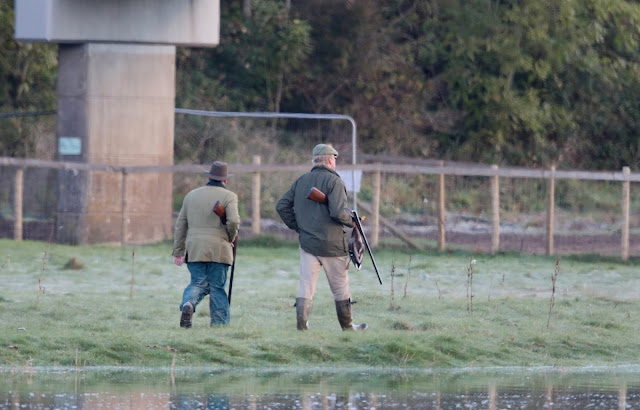 Having 'dipped' on the merganser I headed on to Cardiff and met up with Paul Bowden who wanted to try my big lens, it was also nice to bump into Colin Harvey, Della and Hadyn Lack, Dave Palmer and later Cliff Woodhead.
The grebe never came close enough for any really meaningful photos but I came away with some 'record' shots that I was reasonably pleased with........ 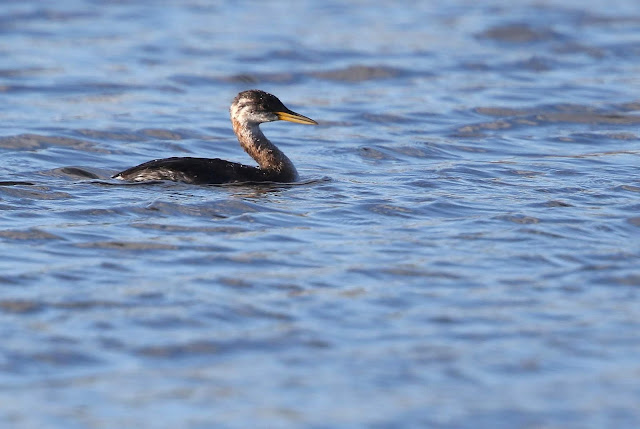 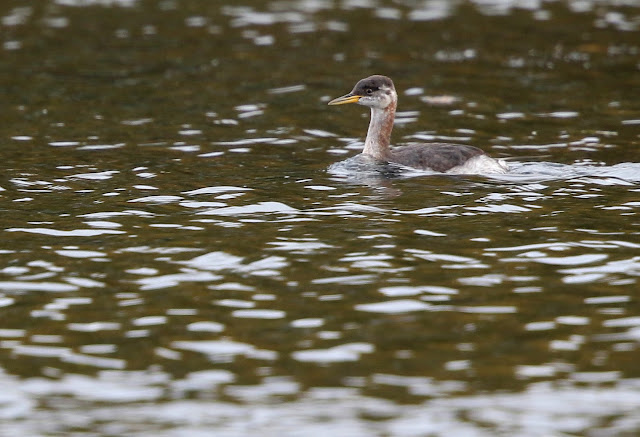 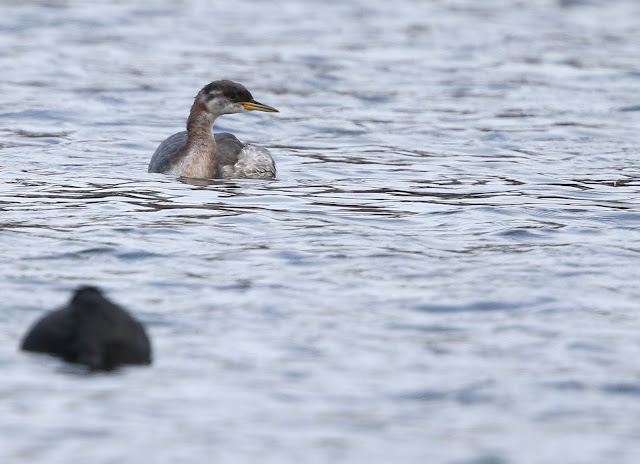 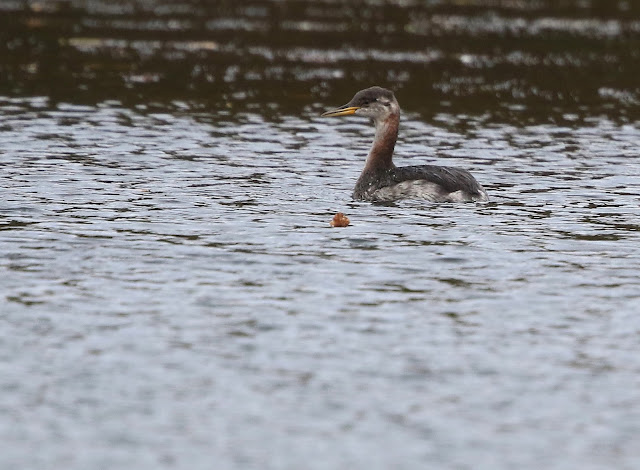 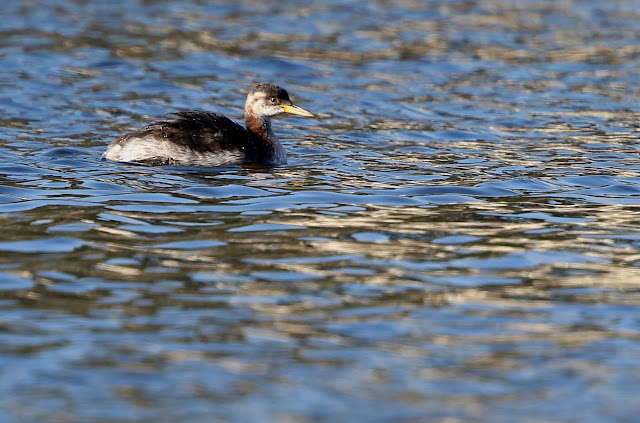 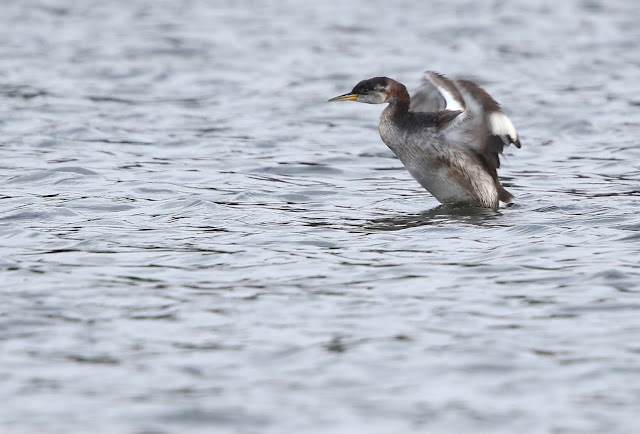 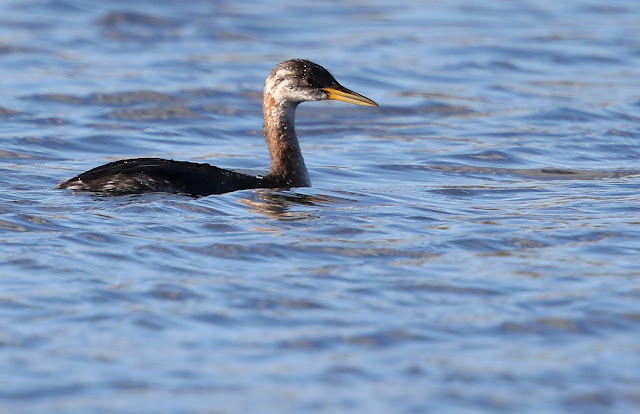 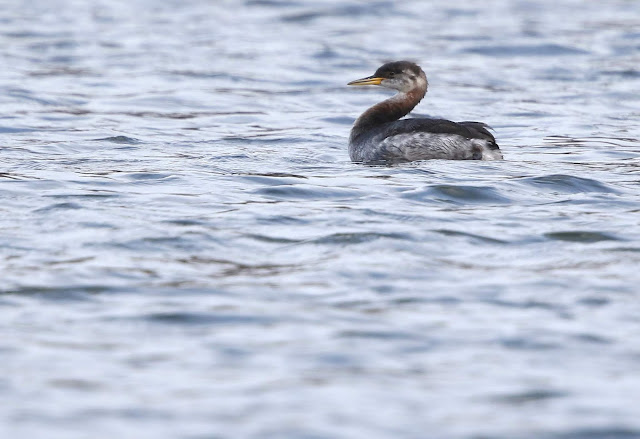 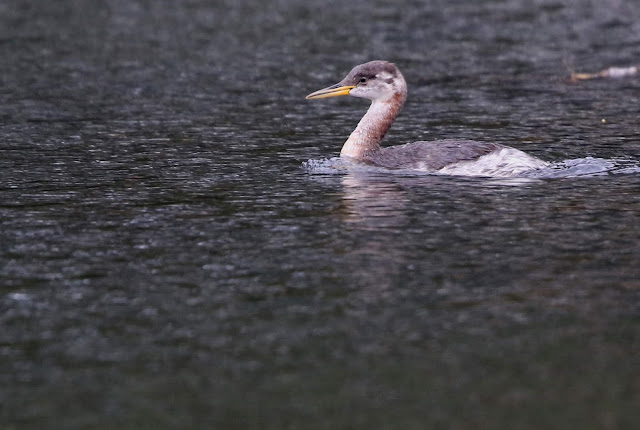 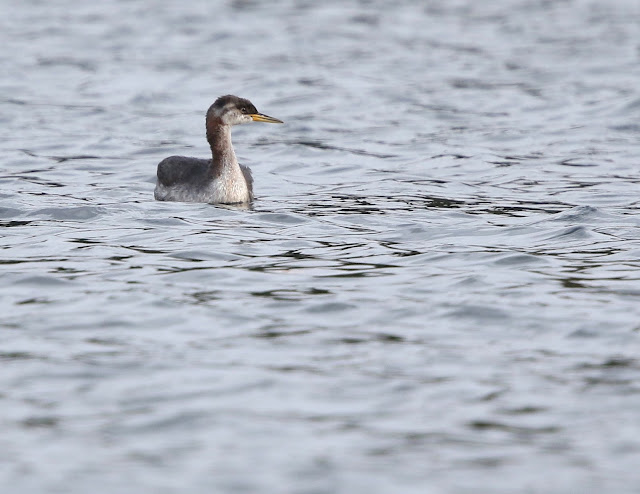 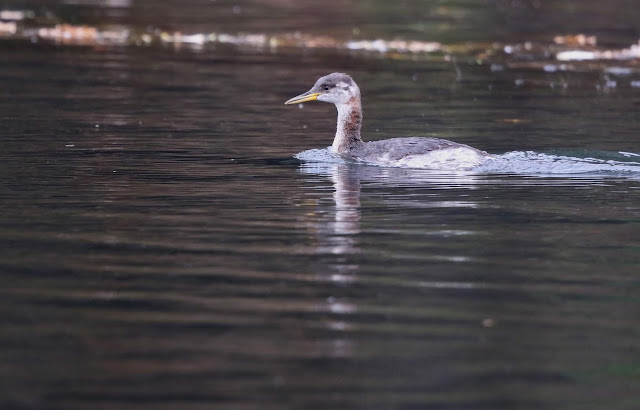 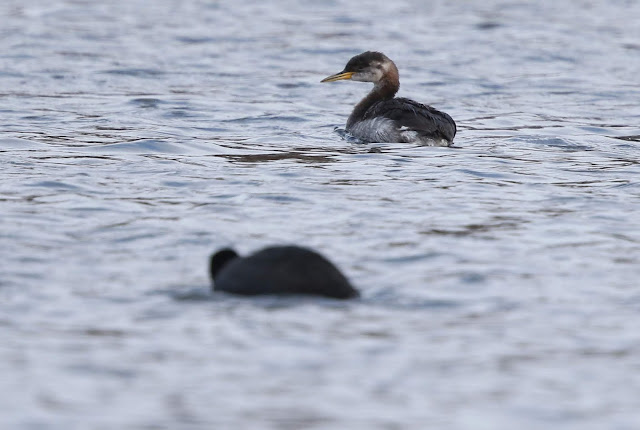 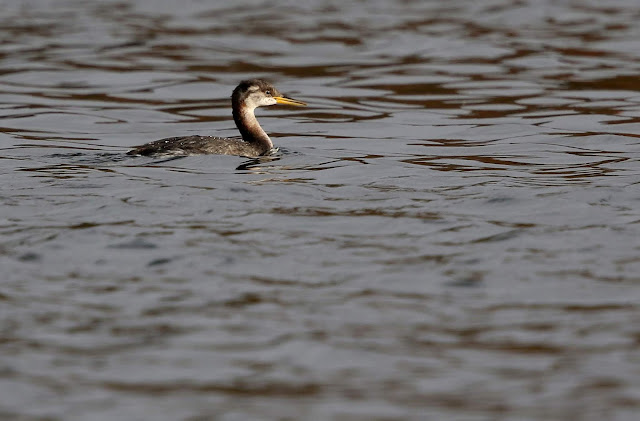