Whilst having a lay-in on the morning of Sun 29th May a "grapevine" text alerted me to a Squacco Heron found at the Watermill Flood, Ogmore by Sea which has turned up some good birds over the years, 45 minutes later I was breezing into the pub car park where by now several birders were admiring the rare heron.
This was a bird that I had been longing to catch up with having missed out seeing one with Dan and Wayne several years ago down near Newton Abbot, it was a county, Wales, and UK "tick" so a bird not to be missed.
Not a "lifer" though as I had seen the species in Cyprus several years ago.
I unpacked my camera gear and took up a position at the fence at the back of the car park moving on to the fenceline along the main road a little later as the bird moved along the edge of the flood.
The bird was always a little distant and nobody feared to encroach in case they flushed it, all I and others were able to get were some "record" shots....... 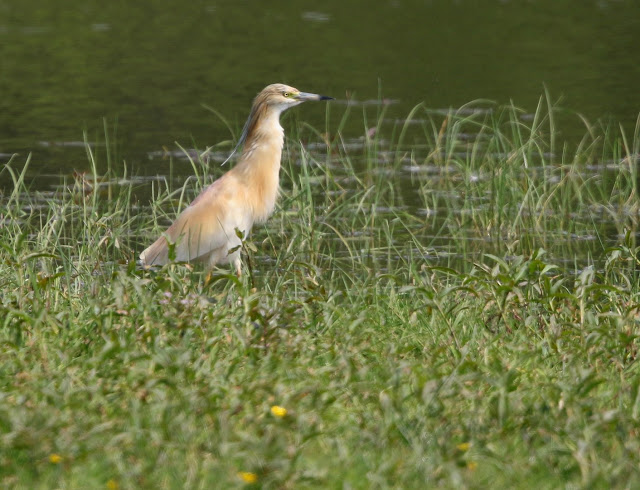 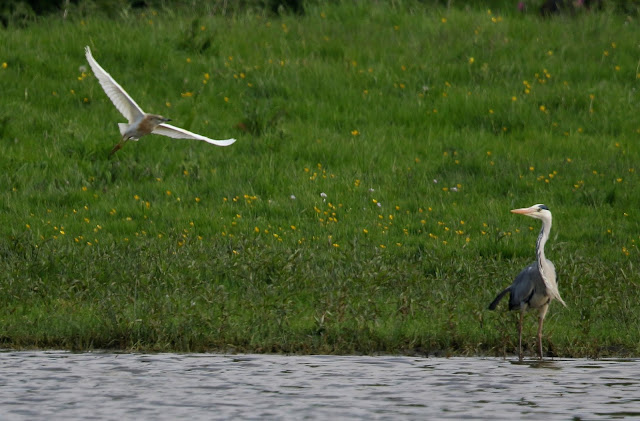 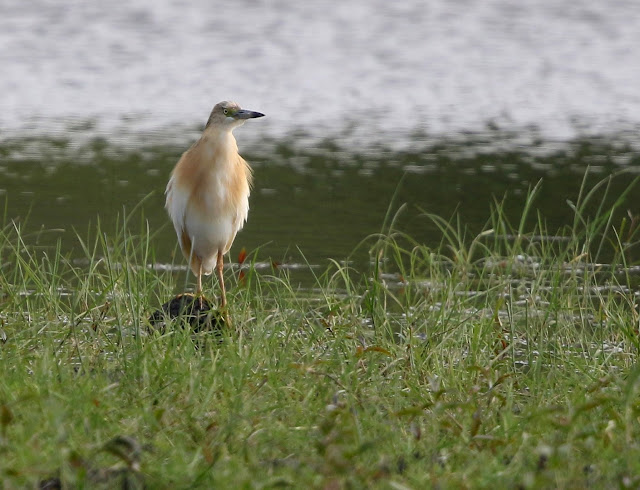 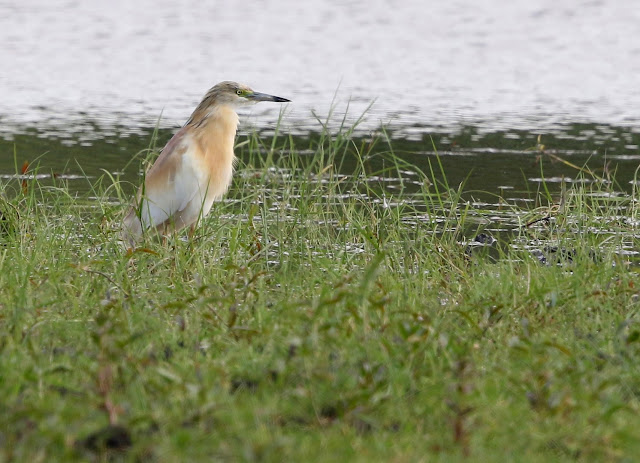 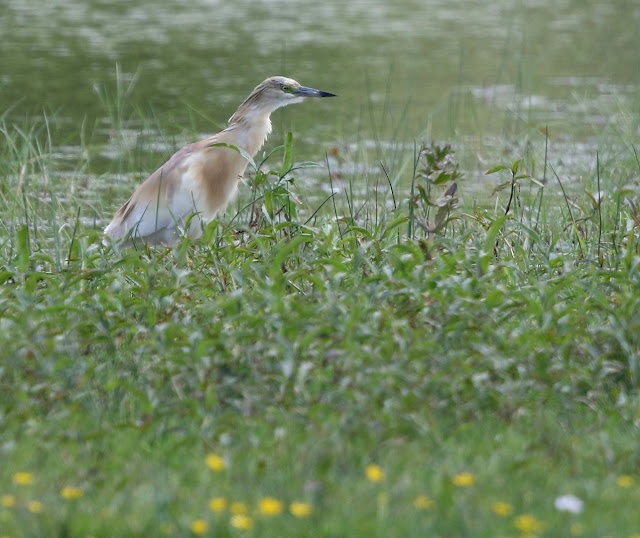 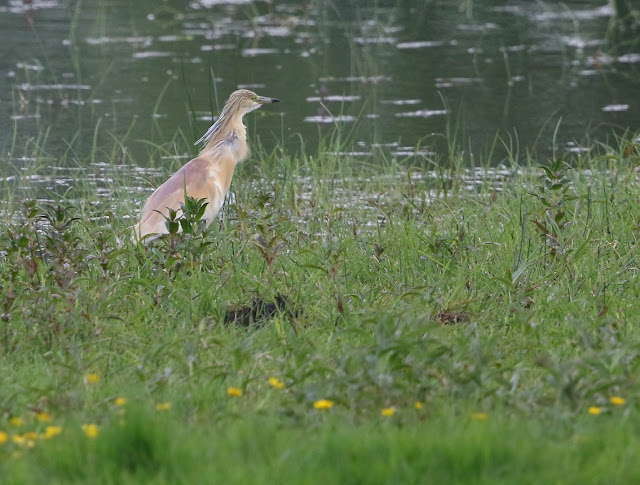 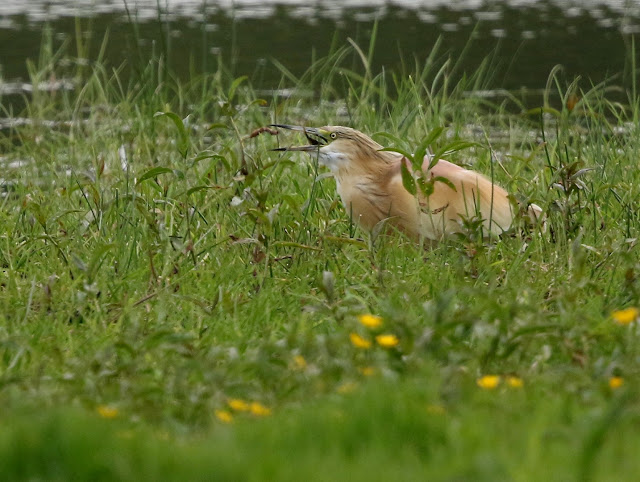 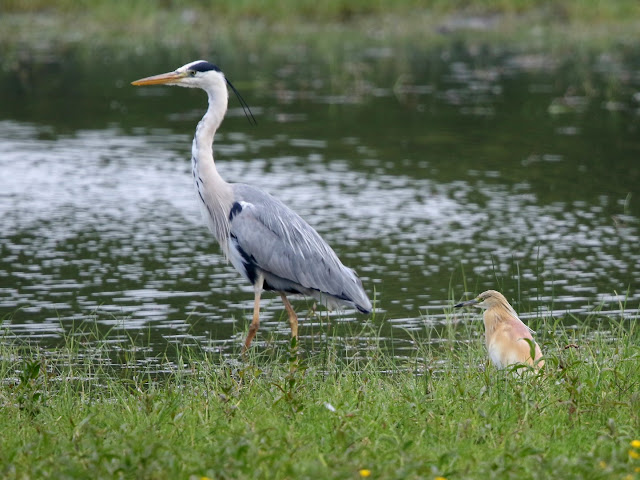 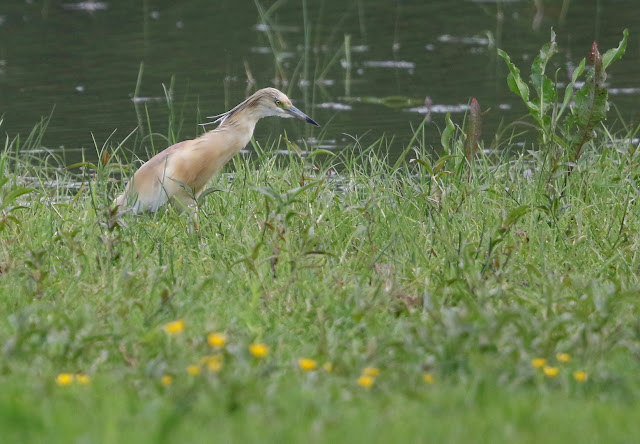 I "filled my boots" with the bird as they say and headed for home with a plan to return in the evening when most who wanted to see the bird had already seen it and with less people about a close approach may be possible.
A beer festival meant that the pub was very busy but there were only a few birders/toggers present one being Martin Bailey-Wood who it was good to catch up with and chat to, I asked the remaining birders if I could make a close approach and managed to get down to the flood with the cover of the line of trees in the field.
I peered through some brambles unseen by the bird and rattled off a dozen shots before some clown with all the fieldcraft of a herd of stampeding elephants who had followed me down to the trees stepped across a gap in the trees to my left and the bird immediately took flight and backed off to the far side of the flood, furious just doesn't come in to it !! 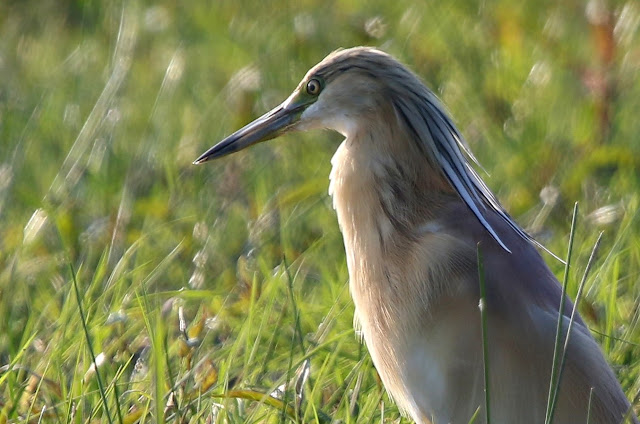 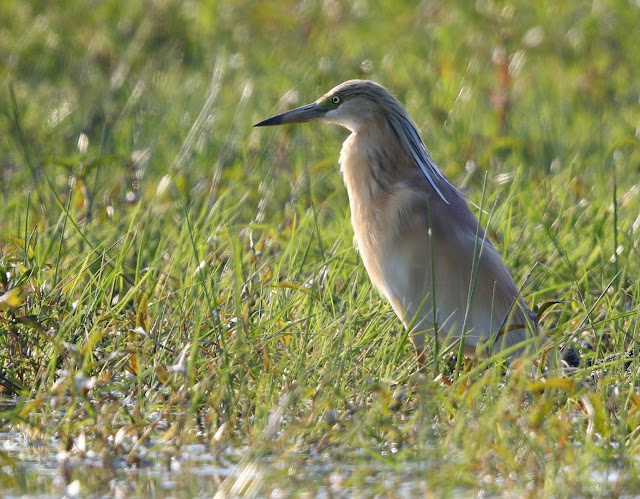 Having got the above two shots I was convinced that I could "nail" the bird and so got up at 3.15am the following morning and under cover of darkness was perched on my stool inside a hide nestled in the trees adjacent the flood, unfortunately for me and others who had turned up on the Bank Holiday Monday the bird had decided to move on in the night and was never seen again, a typical "one dayer" !!
From my hide I would have really "nailed" the bird and was bitterly disappointed that despite my best efforts the bird had moved on, never mind, there's always next time.
Posted by Jeff at 6/29/2016 06:58:00 pm No comments:

On the morning of Sat 14th May I attended a family funeral in Aberystwyth and so afterwards took the opportunity of making a mid-afternoon visit to see the Ospreys at their nest site in Machynlleth which was only a 25 minute drive north of Aberystwyth.
Leaving Teresa having forty winks in the car I made my way along the boardwalk to the hugely impressive observation tower.
This was my first visit having promised myself to do it for the last few years, the weather was warm and sunny if a little too sunny for photography with heat haze and the westerly aspect of the nest from the tower.
It is also too far away for meaningful photography and although I hoped that one of the birds would pass close by having caught a fish I had no such luck.
All images are therefore "record" shots of the three birds present, the breeding pair and another female........ 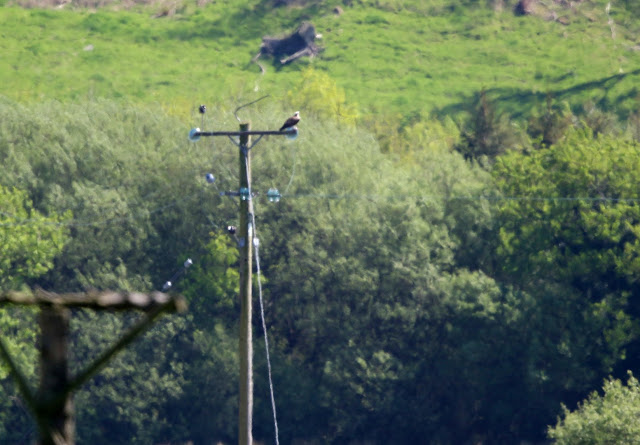 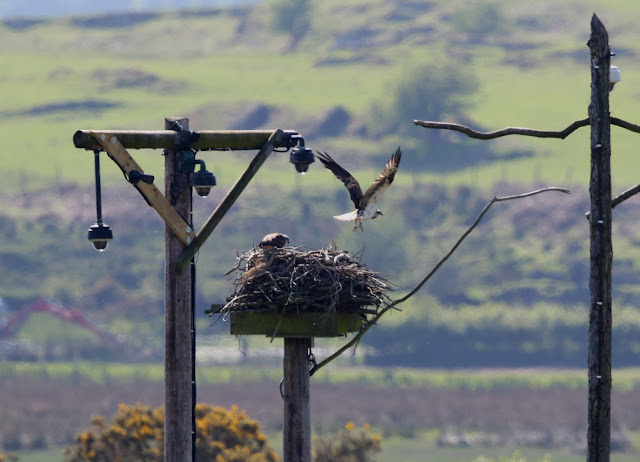 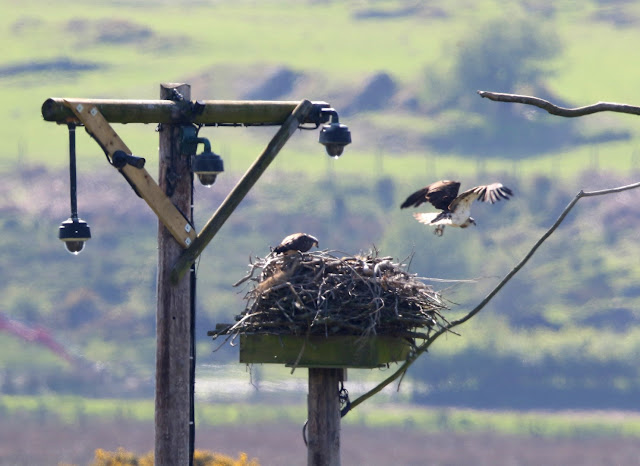 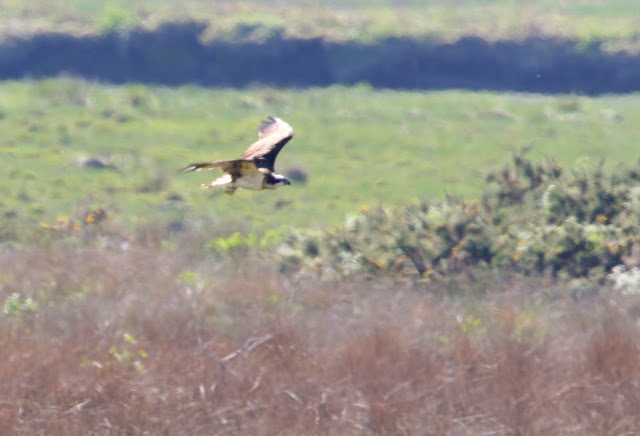 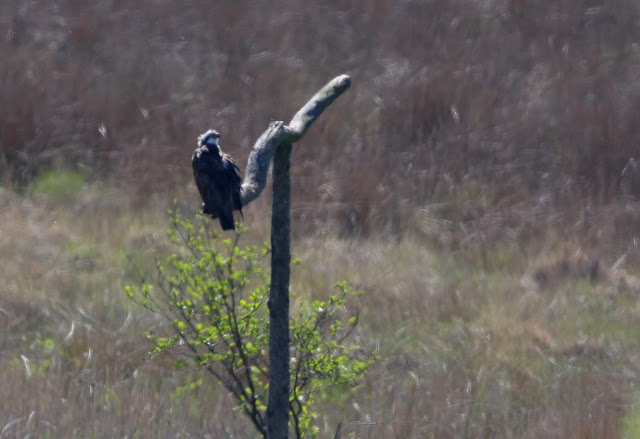 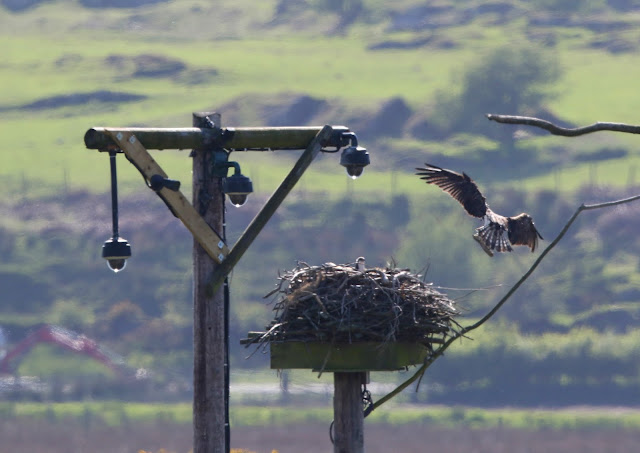 The last photo shows the male bird bringing in a piece of tree branch to continue the process of nest maintenance.
It's a long drive on not the best of roads to get to the project site from home and given the "hit and miss" chance of getting good photos it's something I would have to seriously think about.
From a photography point of view one of the fish farms near Rutland Water is probably a better option although obviously much more costly.
Having said that the set up there is superb and the volunteer staff are so friendly and informative, it is a credit to the Montgomery Wildlife Trust.
Posted by Jeff at 6/29/2016 05:39:00 pm No comments:

On the evening of 12th May I made a visit to Cwm Kenfig above Llangynwyd in the hope of connecting with a Nightjar, I arrived just before dusk but there was no activity other than a Grasshopper Warbler "reeling" just off the track.
I had taken the camera and my smaller 70-200mm f2.8 lens and had packed away my gear and started to walk back along the track to the Jeep in near darkness when two male birds put in an appearance.
I quickly grabbed my camera from my backpack and rattled off several shots at an extremely high ISO and was amazed that the camera could even autofocus in such poor light.
The photos are merely "record" shots but you can just make out the white "mirrors" on the wing  tips........ 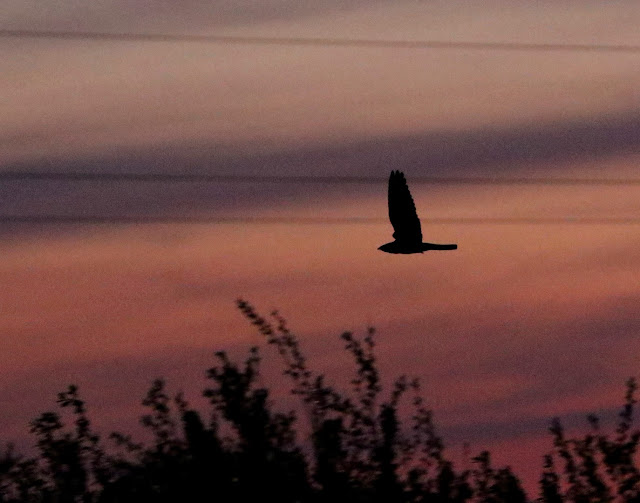 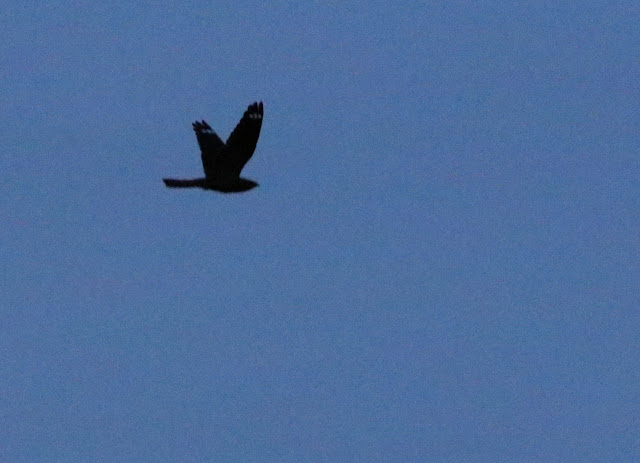 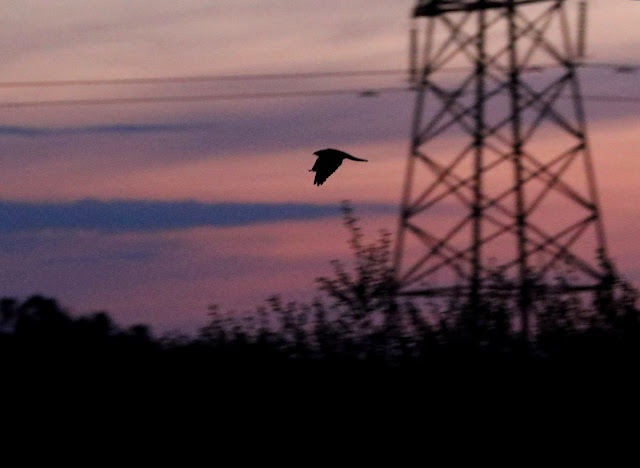 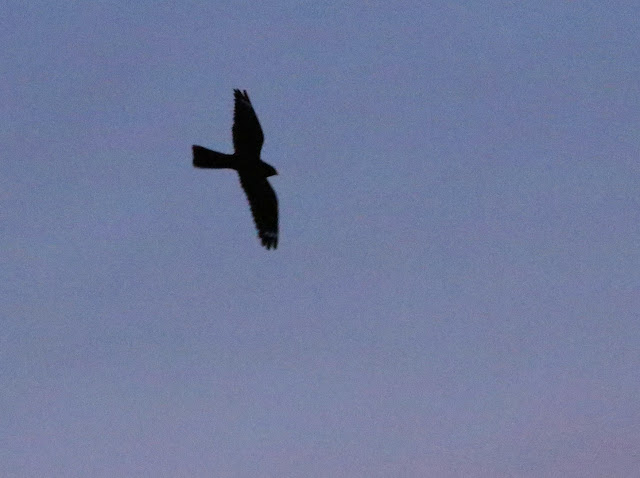 On 5th May news got out of an American Golden Plover found in the morning at Sker Point, Porthcawl which promptly decided to disappear for the rest of the day.
It did however re-appear the following morning and being a "lifer" for both of us I arranged to meet up after work with fellow "togger" Peter Morgan at KNNR car park and we briskly walked down through the adjacent golf course quickly finding the spot where the bird had been reappeared.
There were several birders present including Steve Hinton, Alun Hughes, Simon Murray, Darren Coombs and a couple that I didn't know, Adrian Meredith and Paul Marshman turned up a little later.
We settled in with Steve on the water's edge and both managed some photos that we were pleased with....... 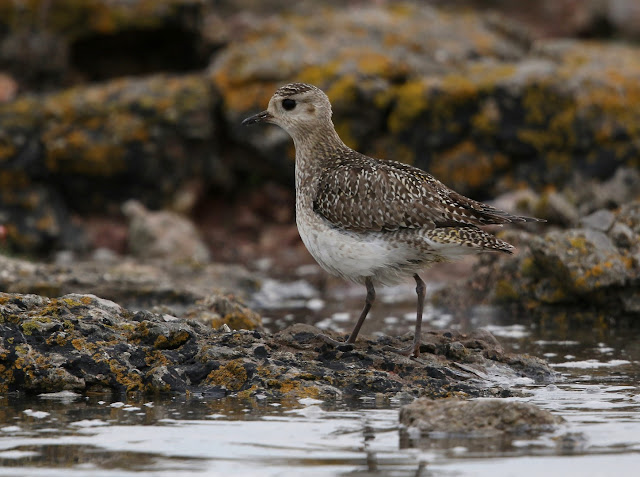 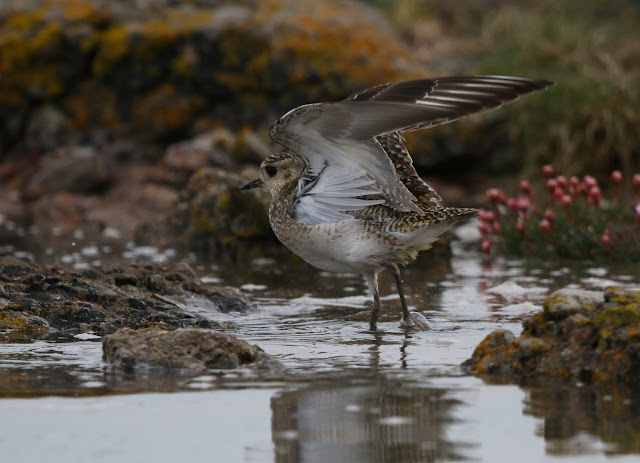 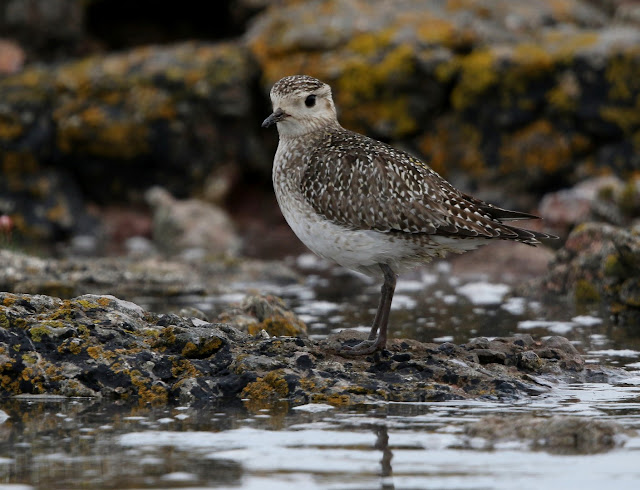 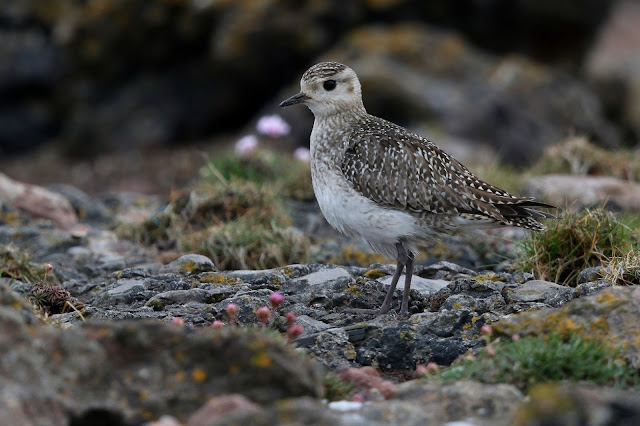 Questions were being asked about the validity of the bird's ID and whilst some characteristics looked good the main one of dark or grey auxiliaries (armpit) didn't as they were pure white which can be seen in the second photo.
Whilst we were watching the bird news came through via Birdguides that the bird had been re-identified as a (European) Golden Plover, bugger !!, there goes another "lifer".
There were good numbers of waders along the shoreline including about 20 Whimbrel and on the way back we stopped at Sker House where one of the resident Little Owls showed distantly on the roof of one of the old outbuildings. 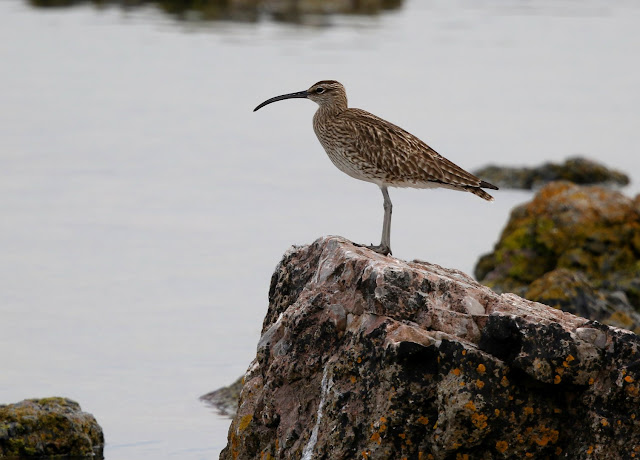 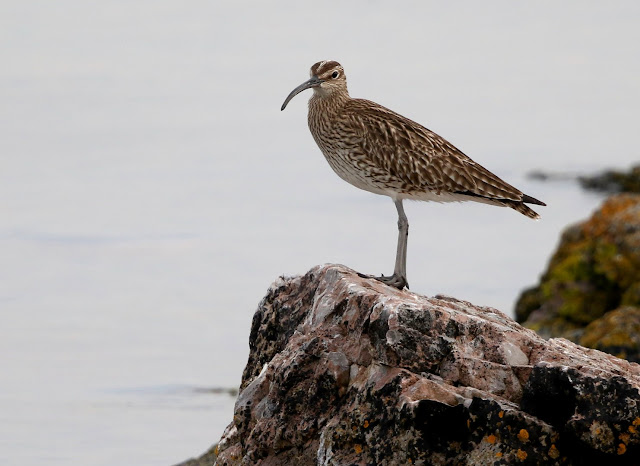 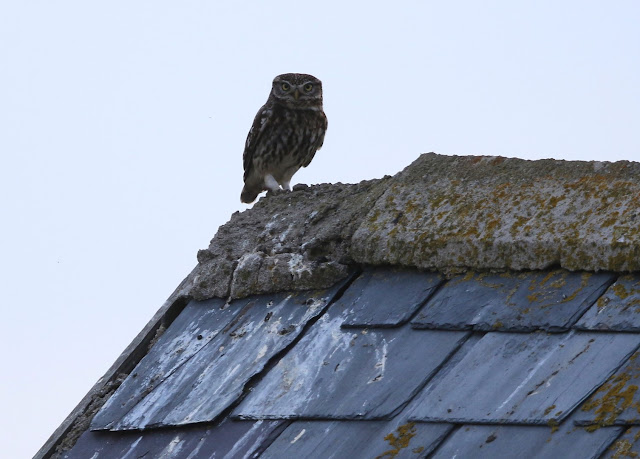 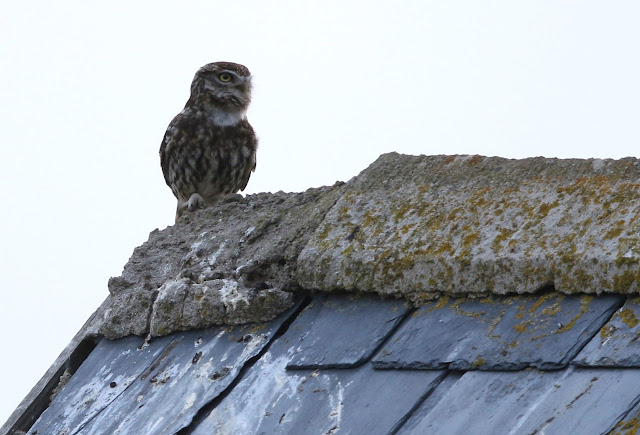 If the plover had been the genuine article I would have been really pleased with my photos but as it turned out they are not even the best images that I've taken of Golden Plover, oh well, such is life.
Posted by Jeff at 6/29/2016 04:41:00 pm No comments: