I'd arranged on Saturday evening with good friend and fellow "togger" to twitch the Red-flanked Bluetail found last week near Marshfield in Gloucestershire when late news broke of a 1st winter Ross's Gull found and IDd from photos by Mark Hipkin at Aberavon, what to do,with both birds being stunners and  "lifers" for me.
I set off early this morning and met up with Richard at his home and news came through that Alex Bevan had refound the gull at first light.
Okay, lets head for Aberavon first and see what the weather does and what the day brings, Richard kindly drove and we were soon trudging our way across the beach footpath towards the Afan rivermouth, unfortunately for us the bird had doubled back and was now feeding off the "Jackstones" pier where we got some okay flight views.
The bird then obligingly flew on to the beach to rest up for a few minutes and a few of us made a careful approach and managed a few "record" shots......... 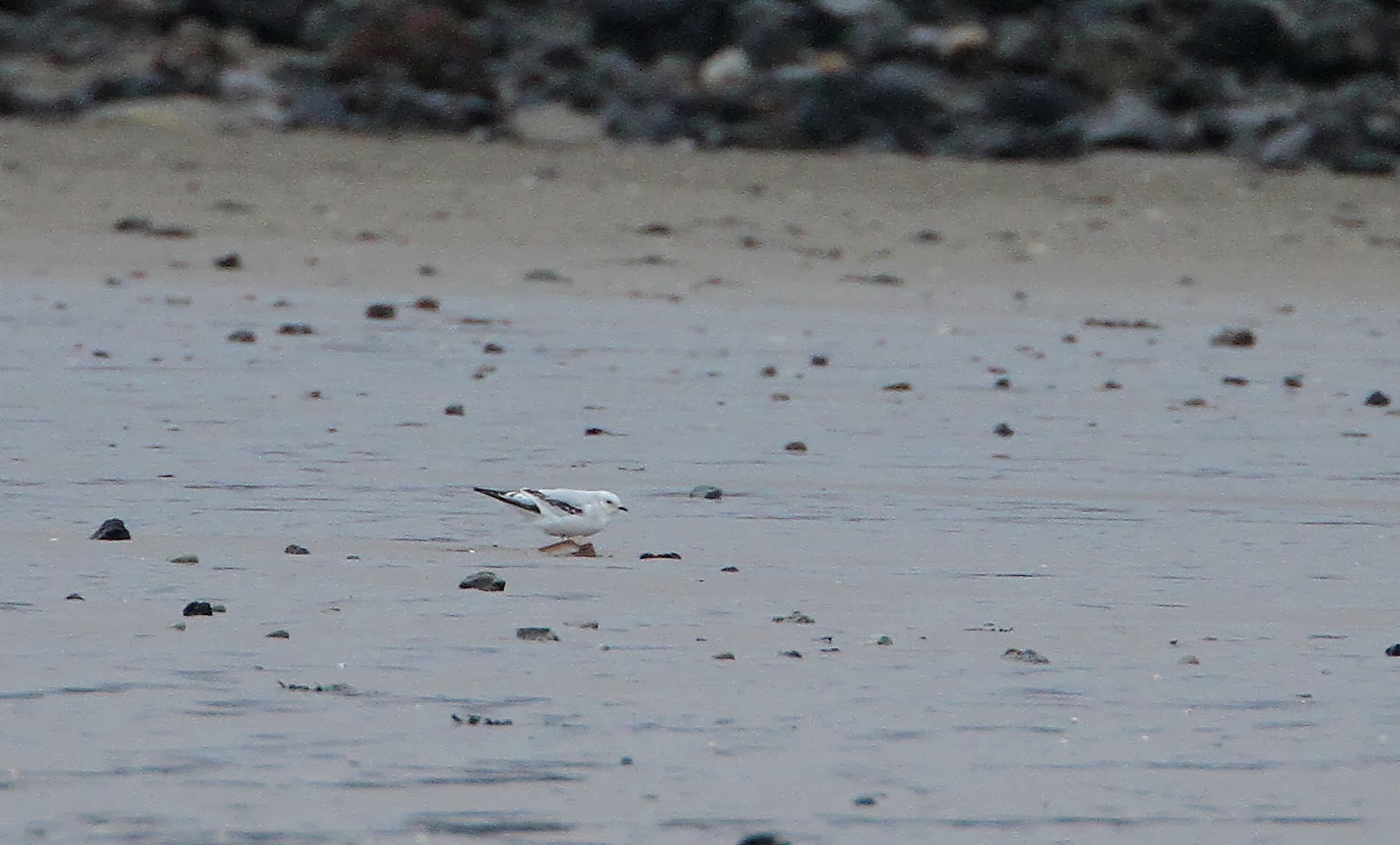 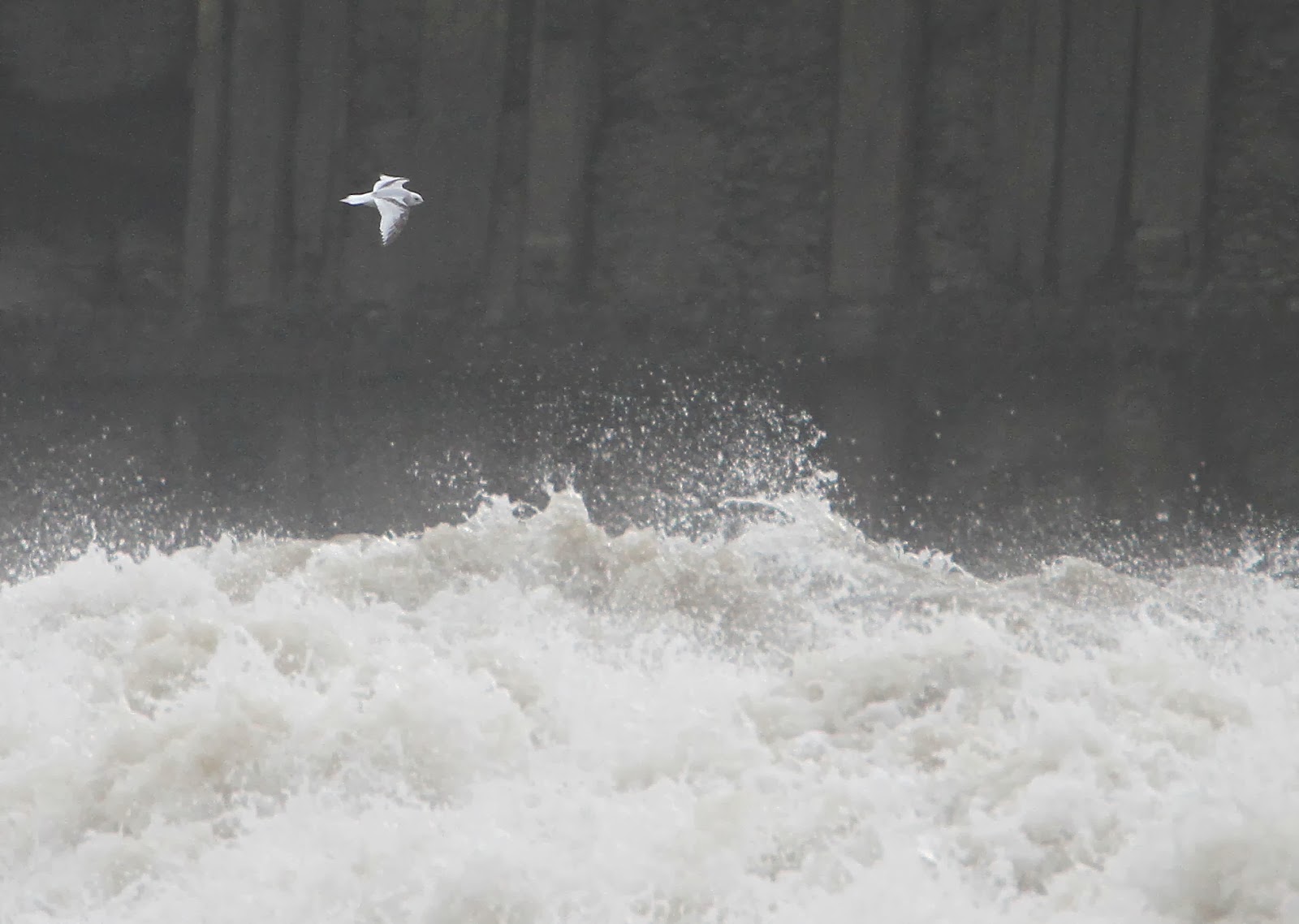 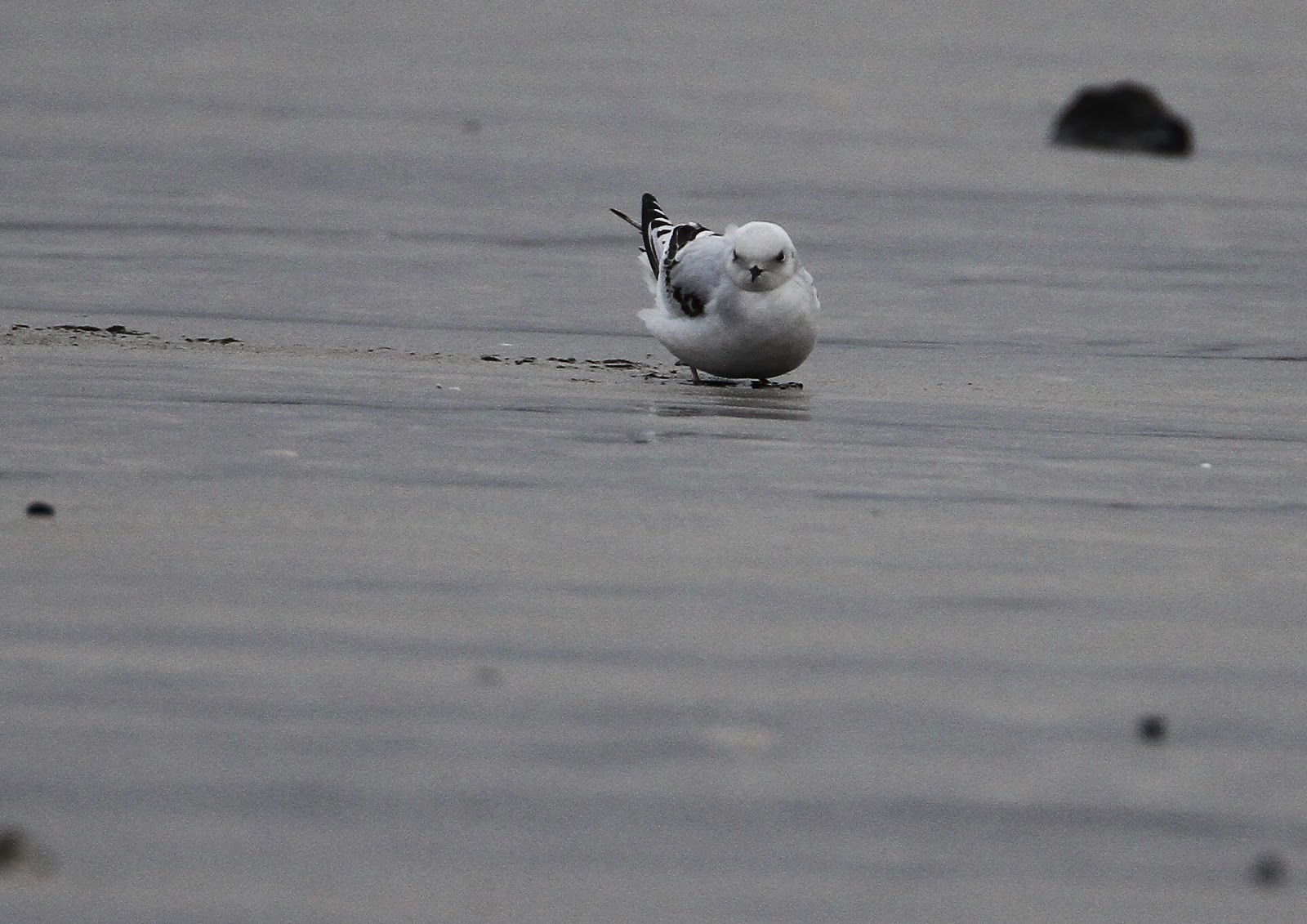 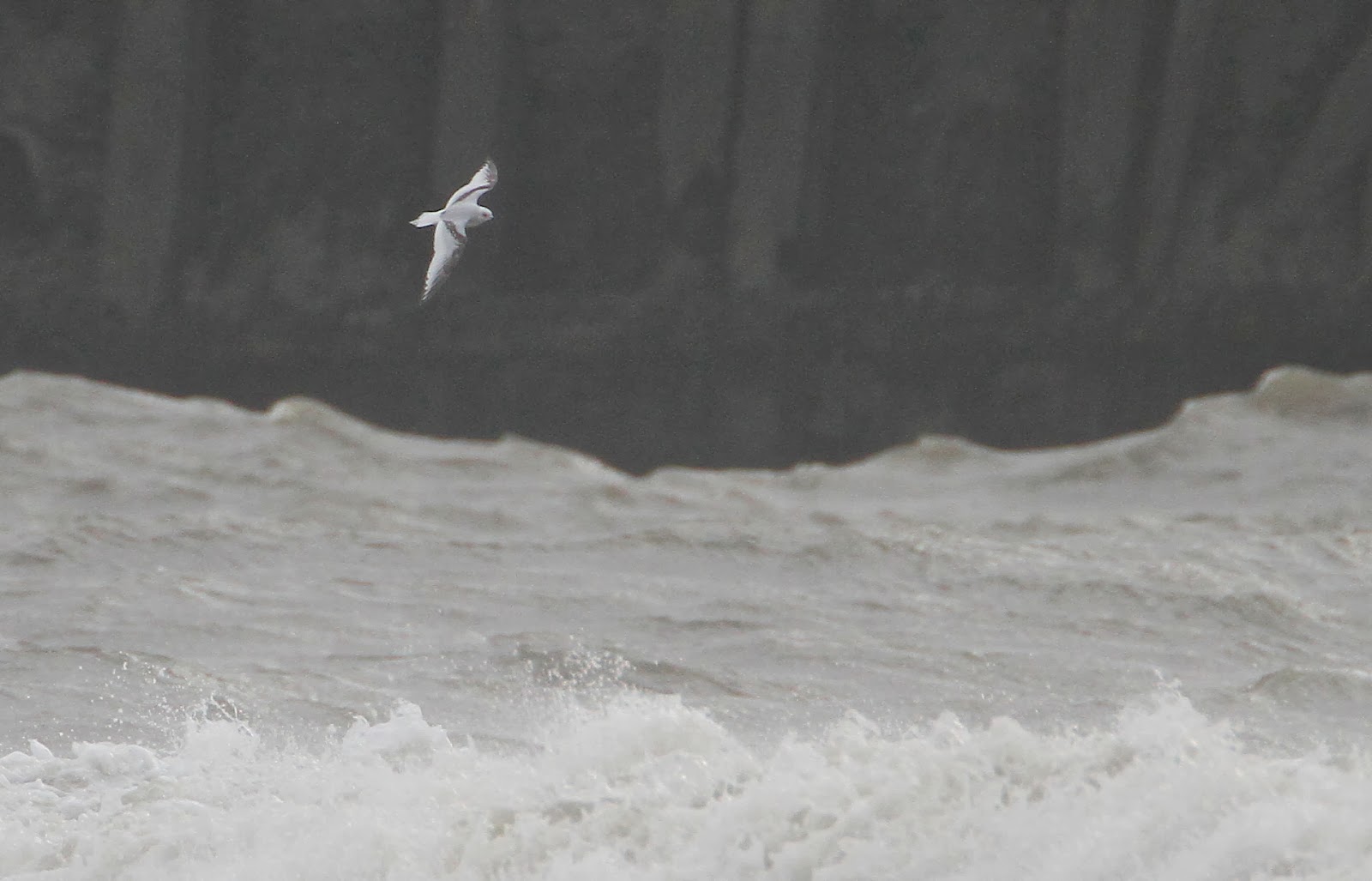 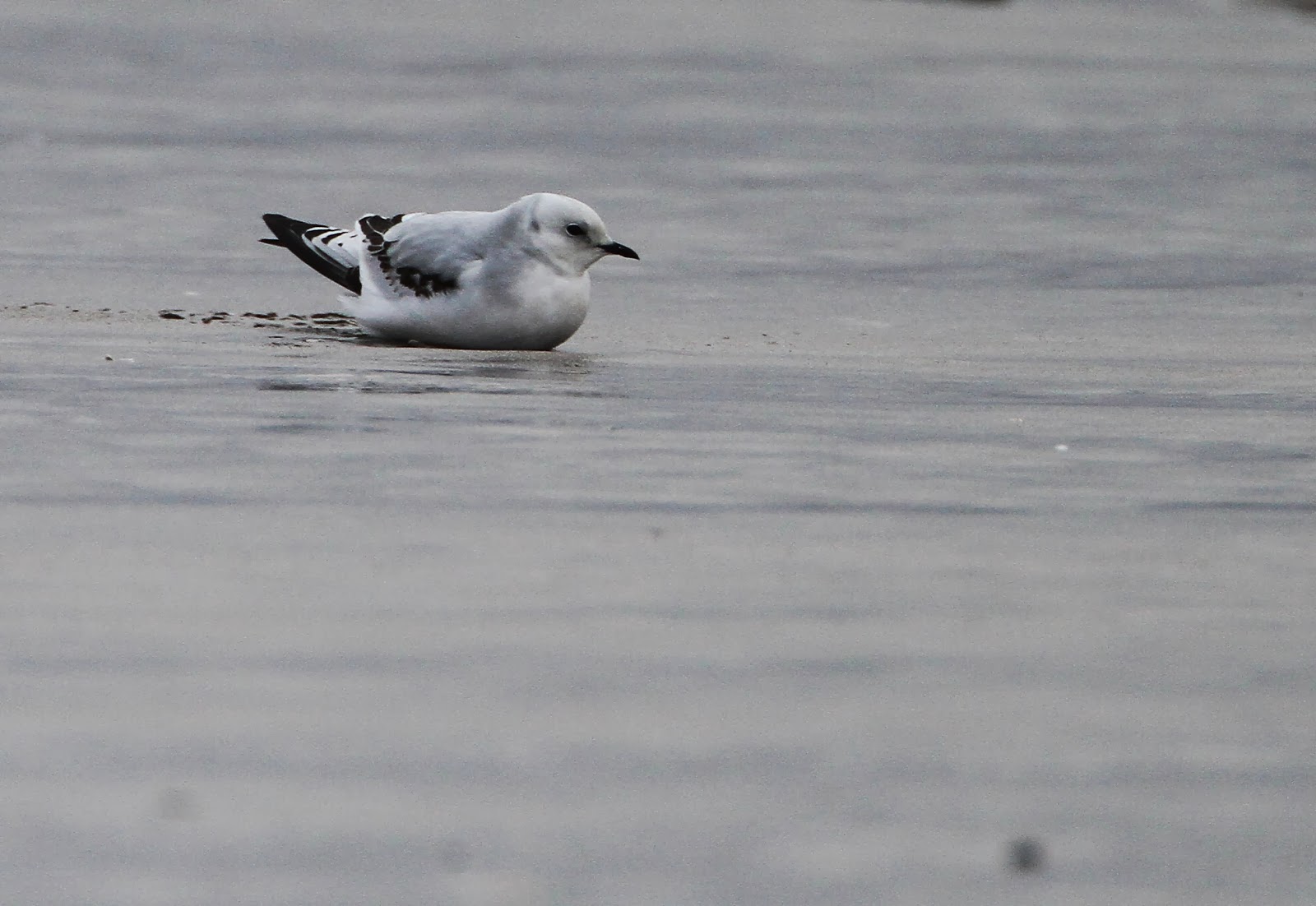 The bird then relocated to feed on the Afan rivermouth before moving up river where it disappeared for a couple of hours, I used my time chatting to other birders and taking some photos of several Little Gulls that were also feeding before a few cold squally showers and hunger pangs saw Richard and myself head back to the car.
After a swift sandwich we decided to have a go for the R-f Bluetail even though the weather on the drive over the border was less than kind, we made good time and quite easily found the location which was only 5mins or so from Junc 18 on the M4.
We walked down the sheltered valley, it was nice to get out of the wind for an hour and as we approached the site the weather started to improve, the sun even shone !!
There were half a dozen other birders present and we soon got on the bird,what a gem !!
It perched up nicely and also ground fed and gave us both some nice photo opportunities.......... 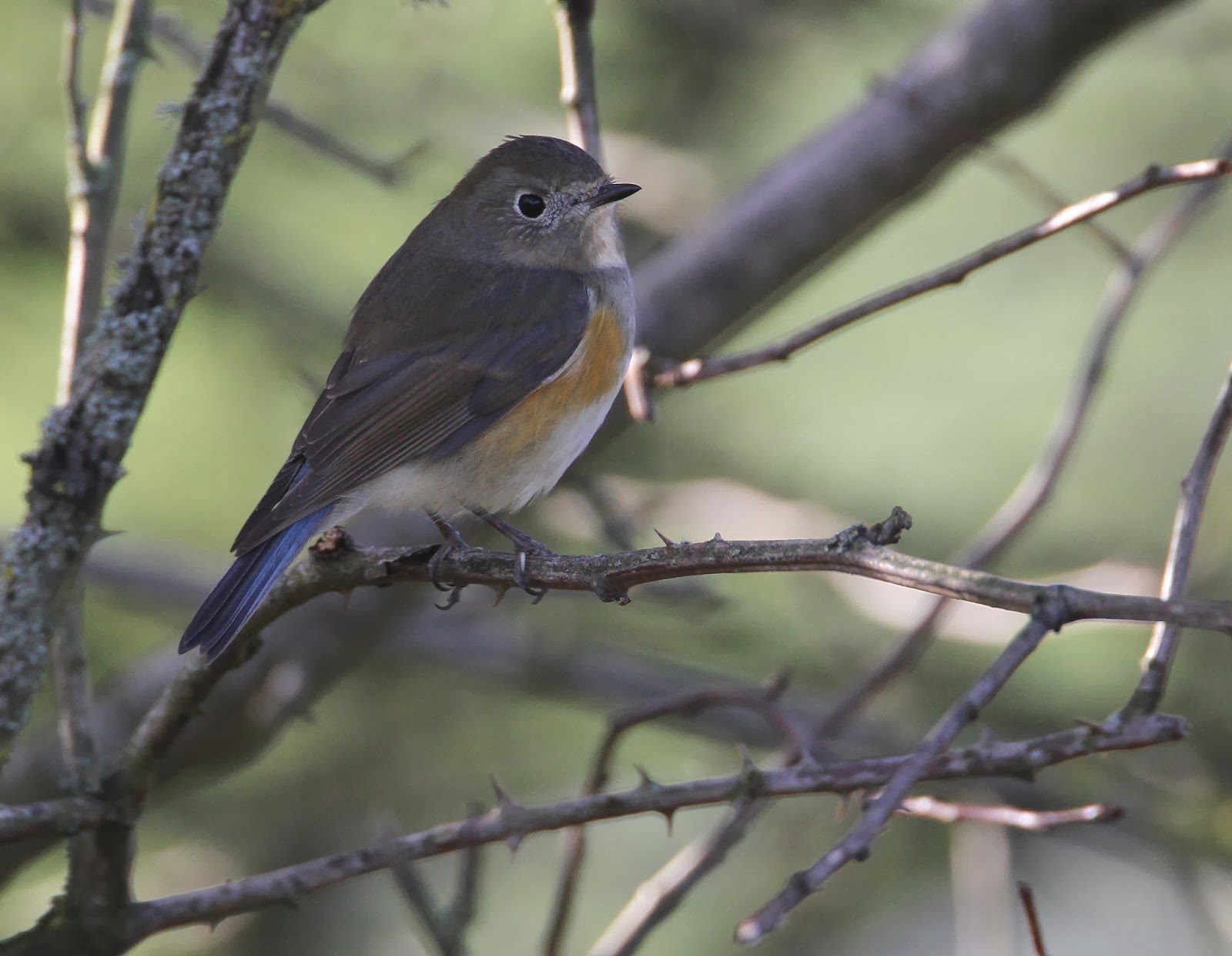 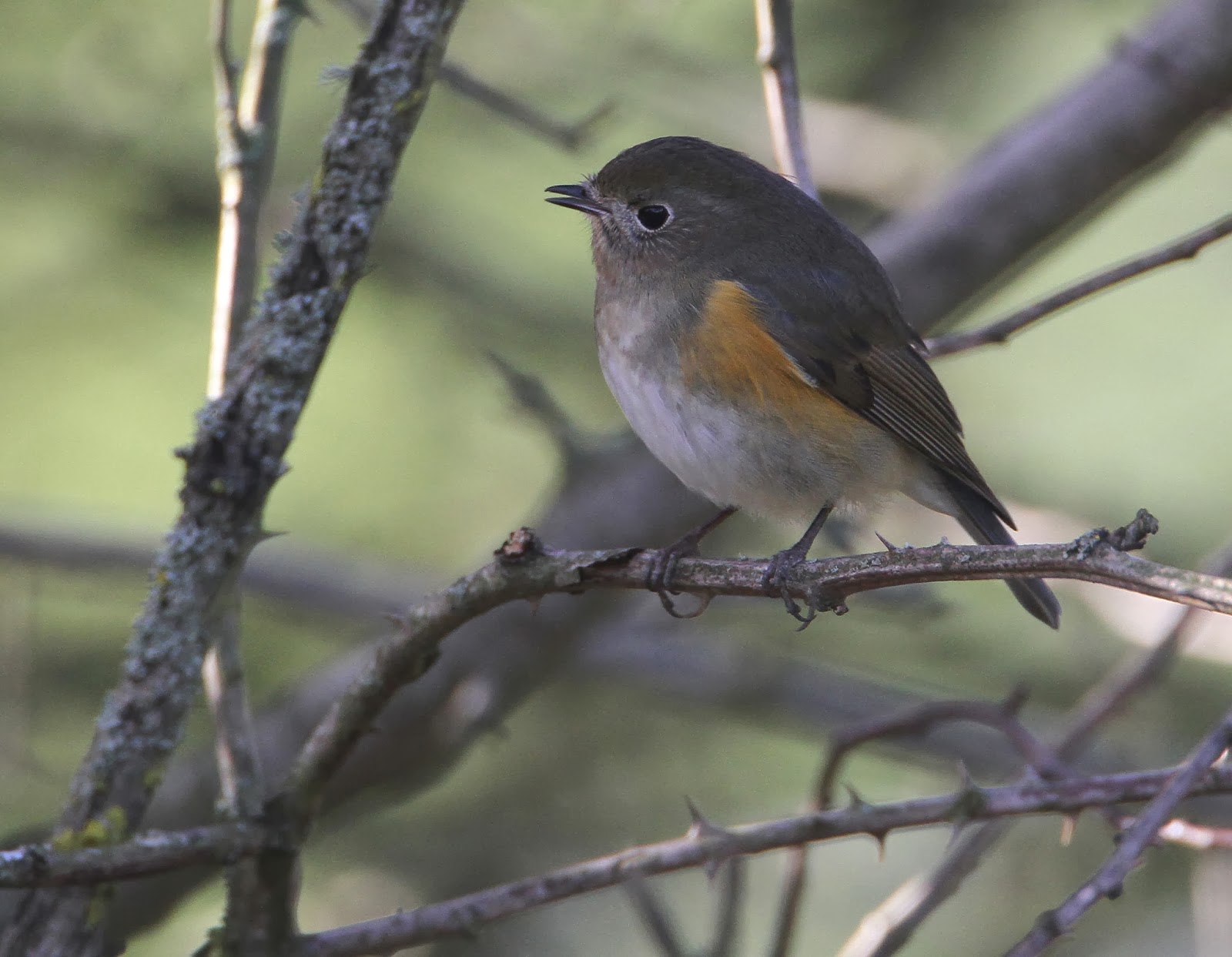 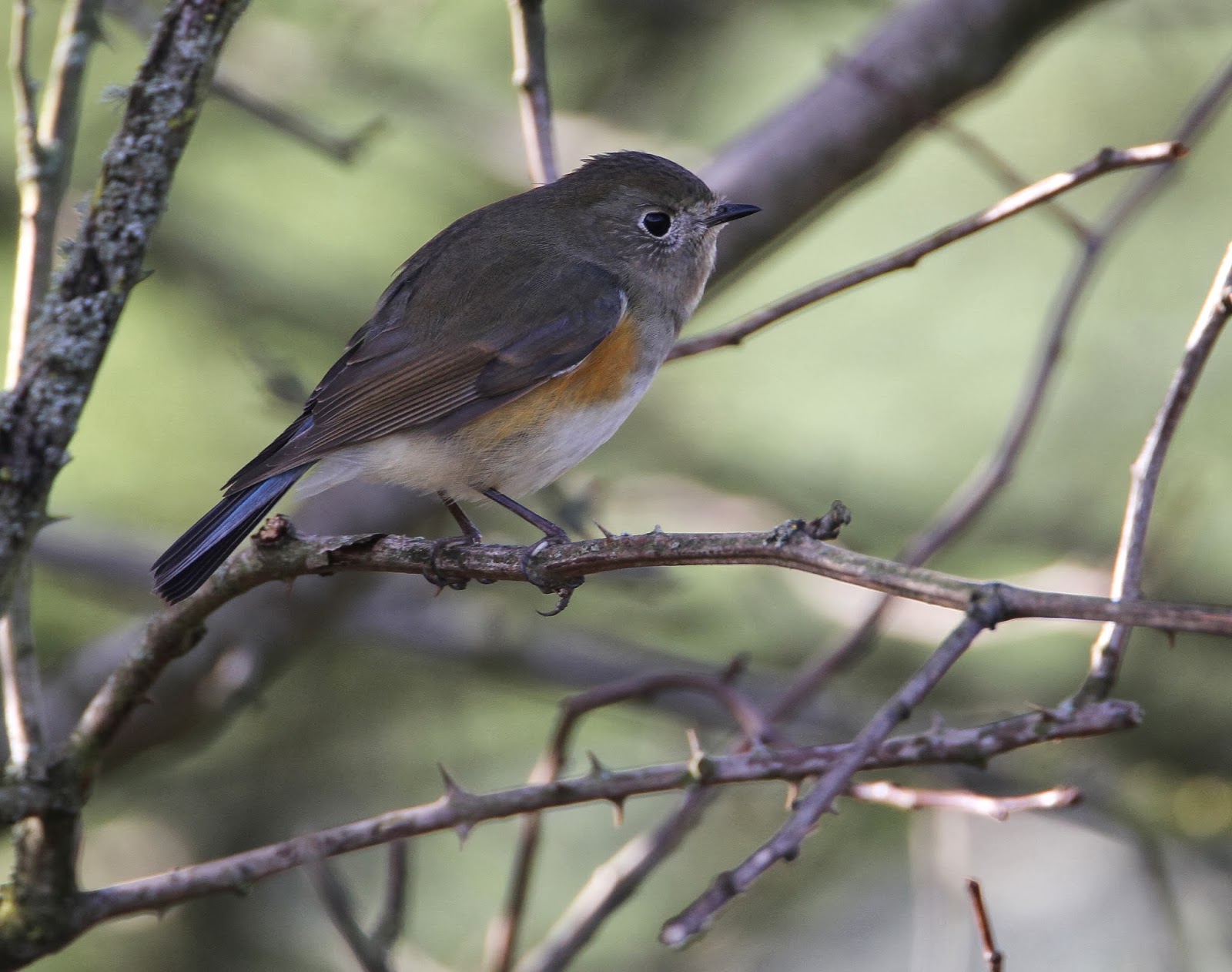 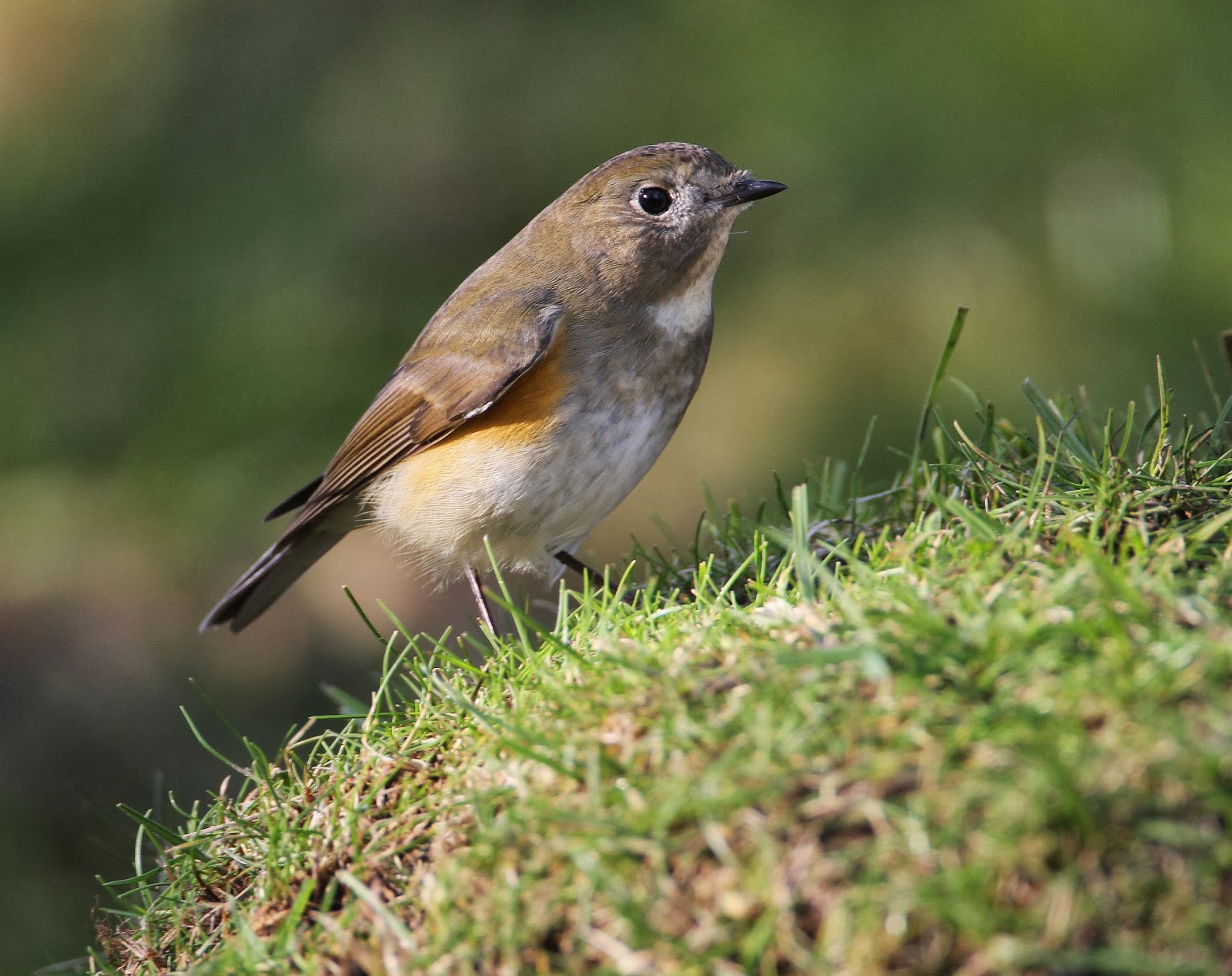 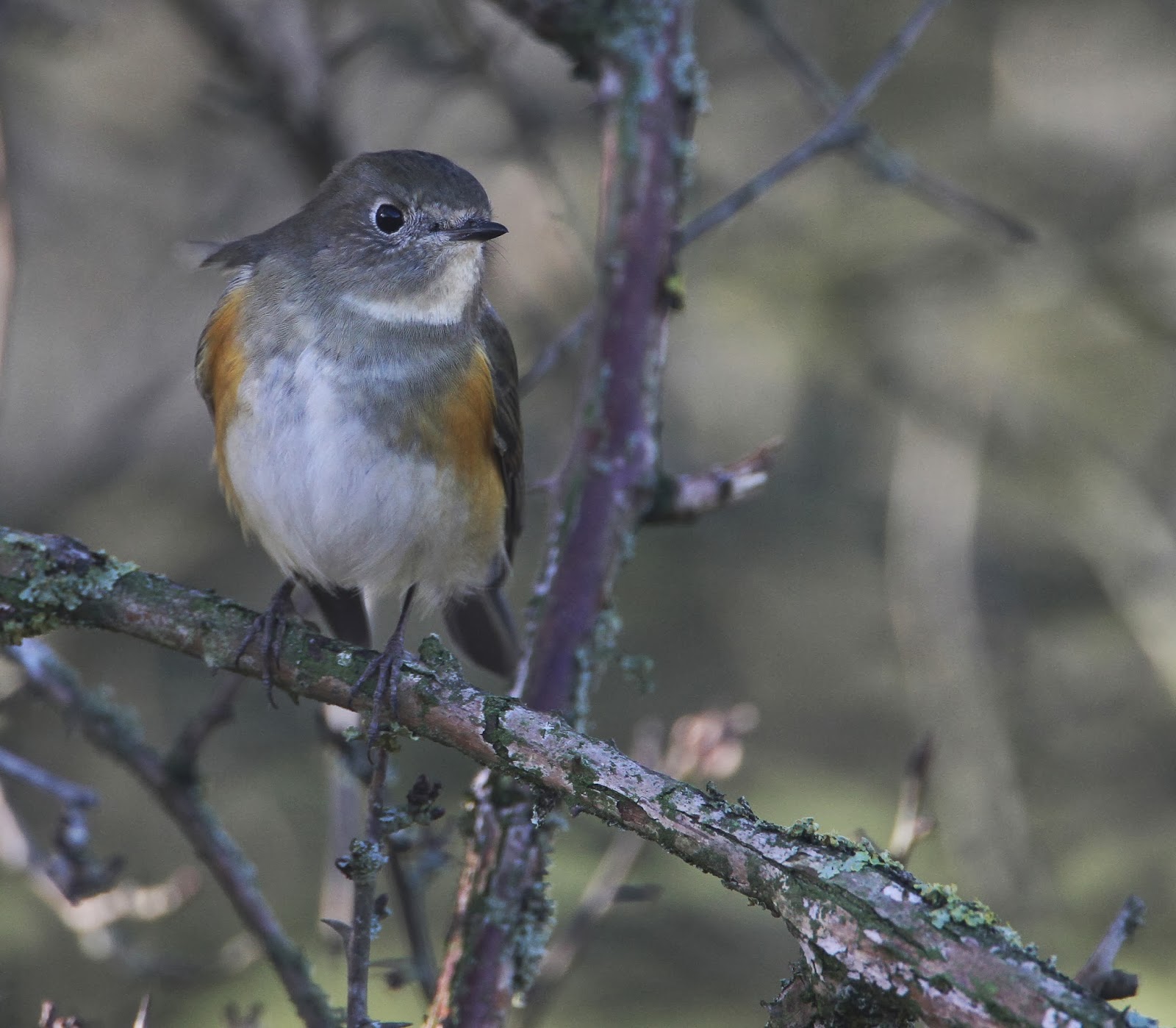 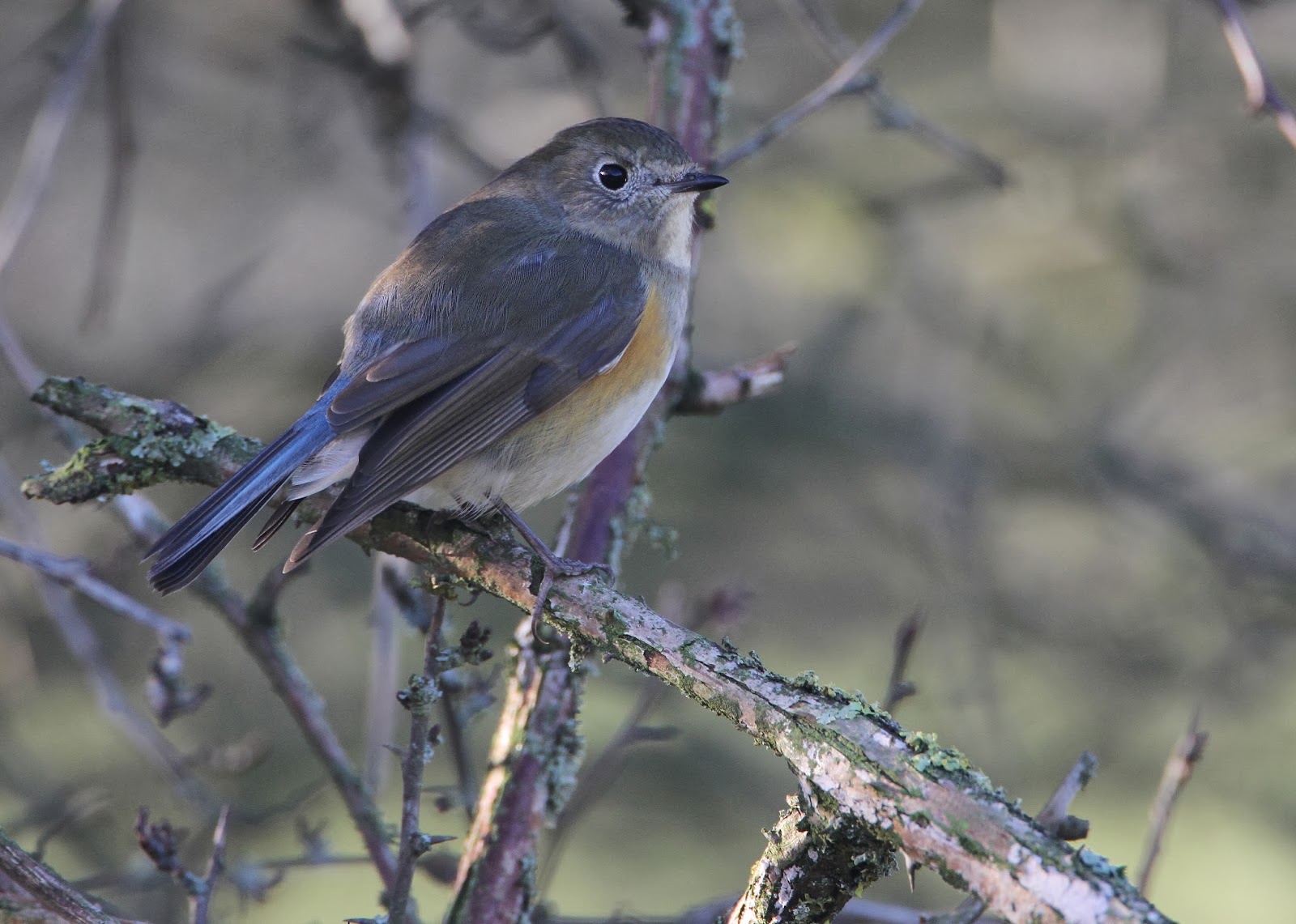 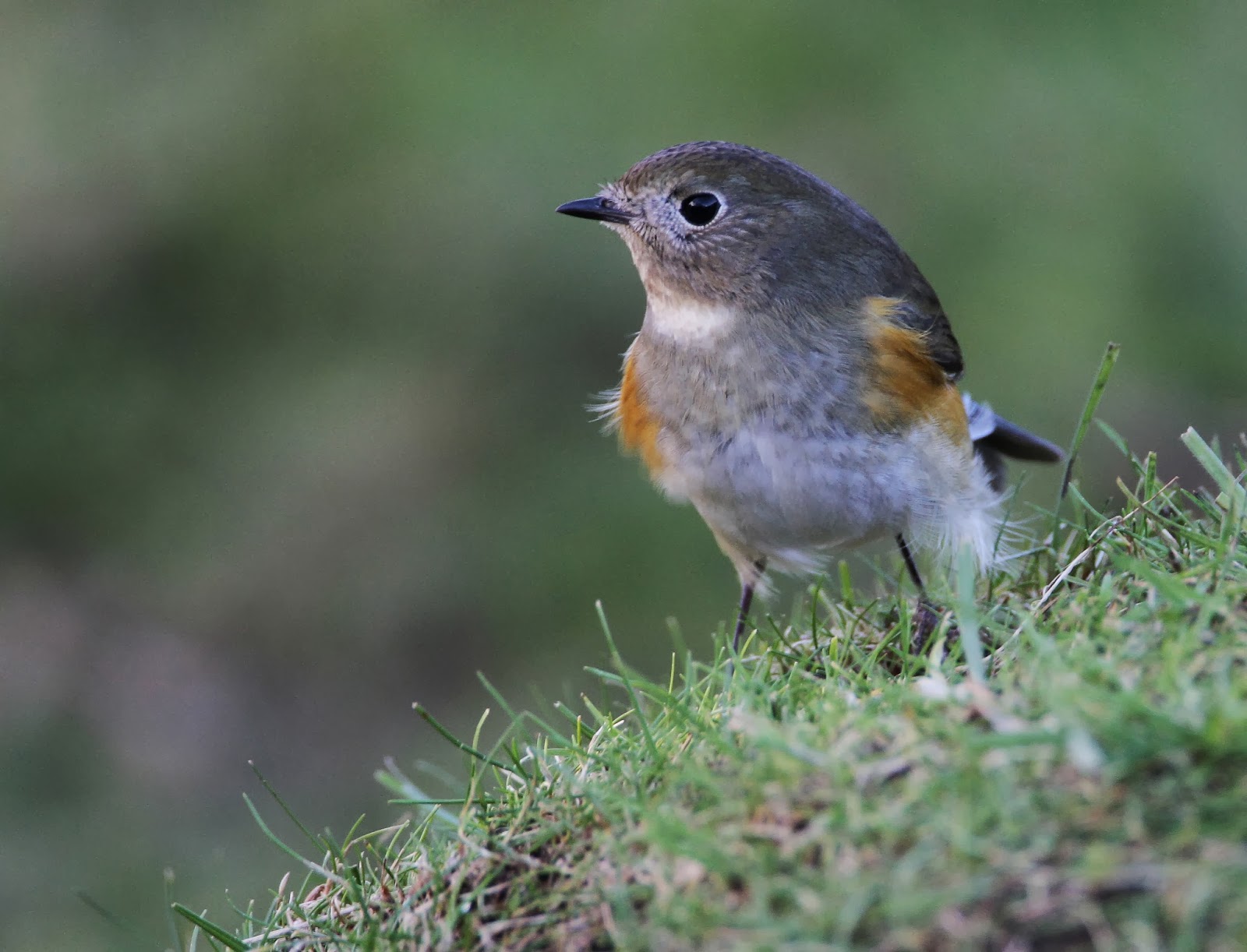 We filled our boots with the Bluetail and just got back to the car as a heavy hail shower drove through, perfect timing.
What a great day, a chance to get out with the camera after a blank weekend last week and two "lifers", it doesn't get much better !!
Posted by Jeff at 2/09/2014 10:41:00 pm 1 comment: