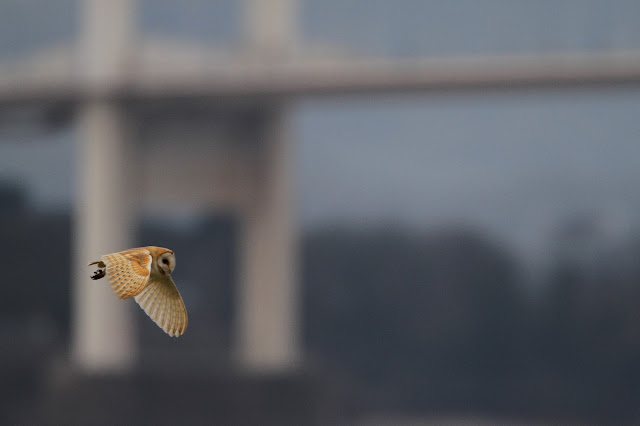 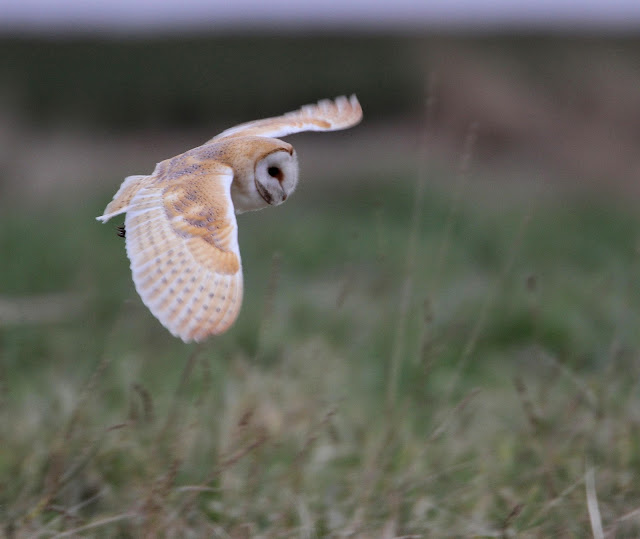 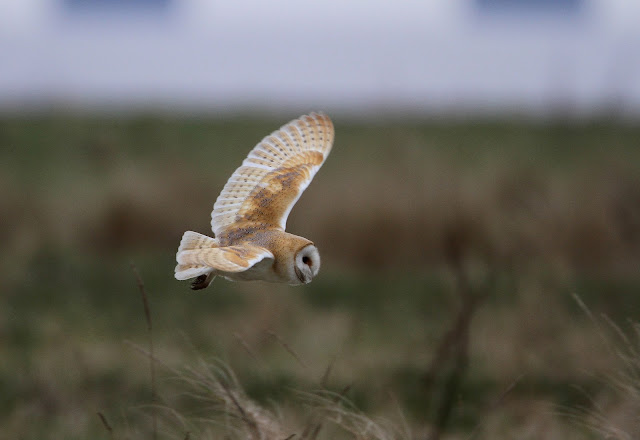 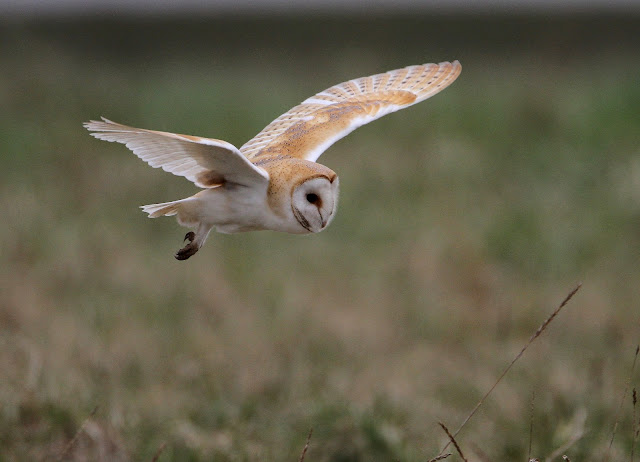 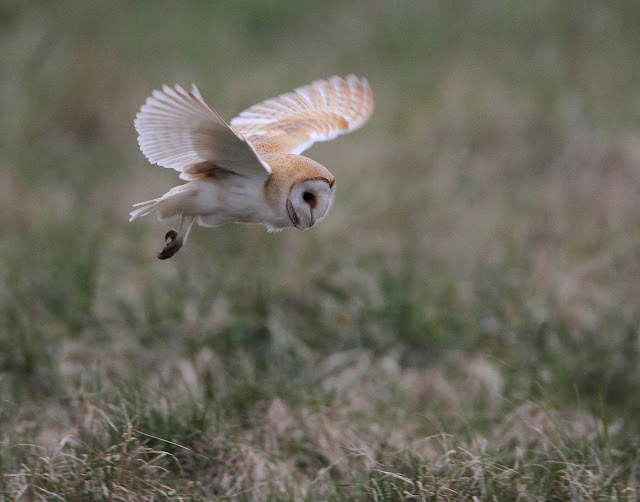 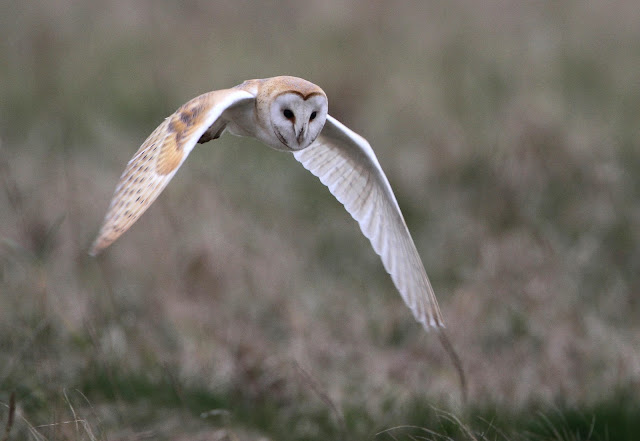 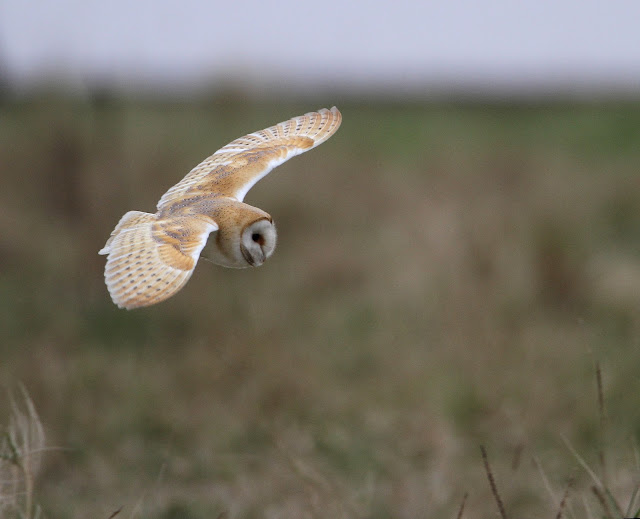 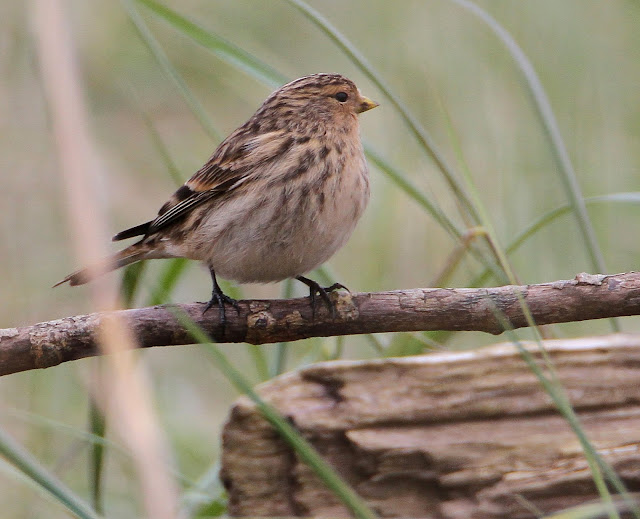 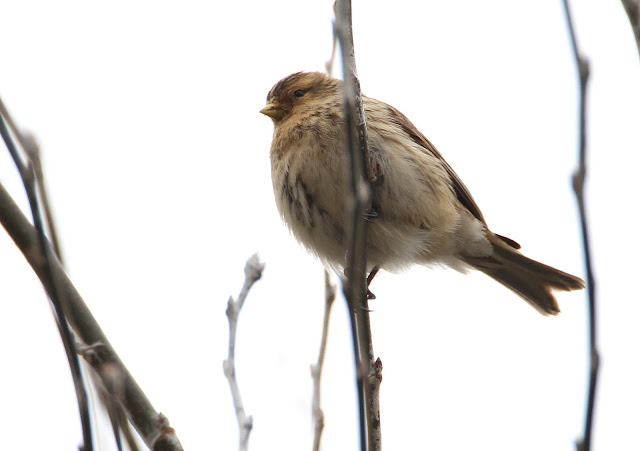 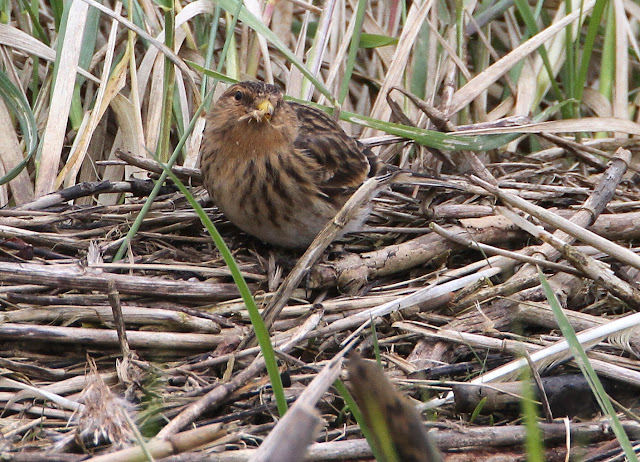 I fancied a morning out last Sunday and a return visit to Aust Warth to get some more and hopefully better shots of the day flying Barn Owl was too much of a temptation !
Having dipped on the owl on his one  previous visit fellow "togger" Richard Smith joined me and even did the honour of driving with us arriving at the warth at about 9.00am.
The Barn Owl had been hunting since about 7.00am and we got straight onto the bird as it quartered the rough ground alongside the road.
The only disappointing aspect was the grey overcast sky resulting in absolutely terrible light with us both having to shoot at higher than wanted ISOs to achieve a reasonable shutter speed.
We enjoyed a great hour and a half before the owl disappeared to roost and then went to look for the two Twite that had been around for a couple of weeks.
Other birders informed us that the birds were still around and we soon found them high in trees at the end of the warth as they dashed back and fore the reedbed.
They were quite flighty and we just couldn't get quite close enough to get some really good shots but did manage a few "record" photos,sorry mean't images.
We called it a day at 2.00pm and headed for home to settle down in front of the television where I was joined by close friend Neil who popped up to watch Swansea hammer Bradford with me in the League Cup Final,a great morning followed by an equally great afternoon.
Posted by Jeff at 2/28/2013 08:47:00 pm 6 comments: 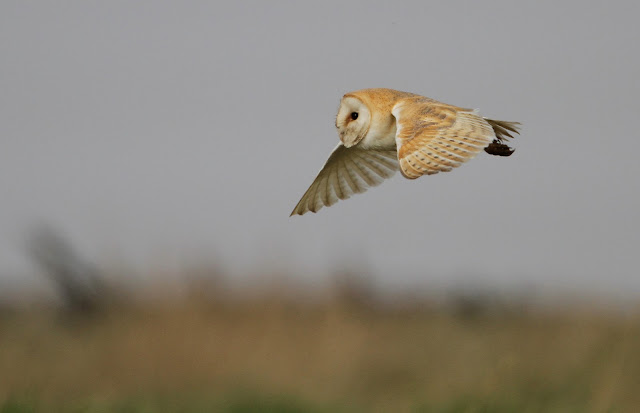 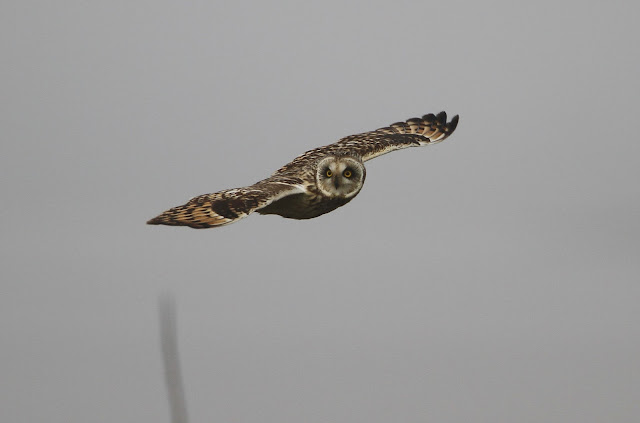 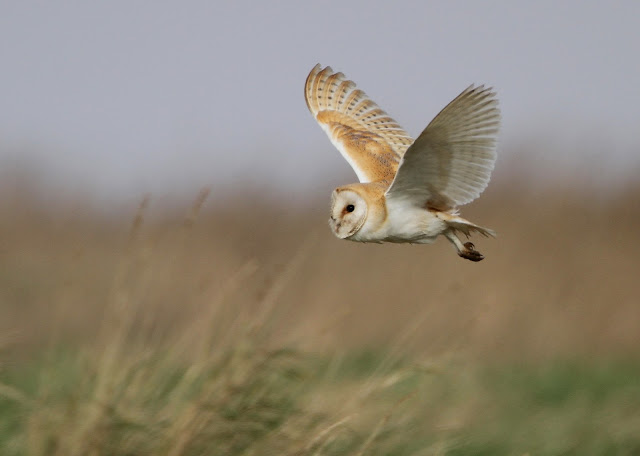 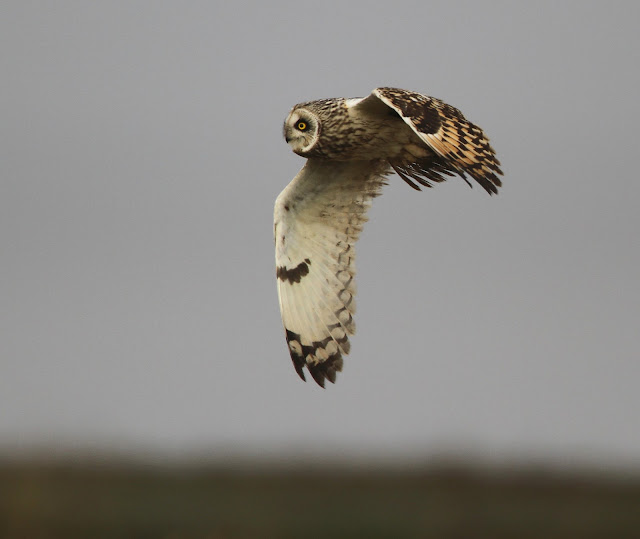 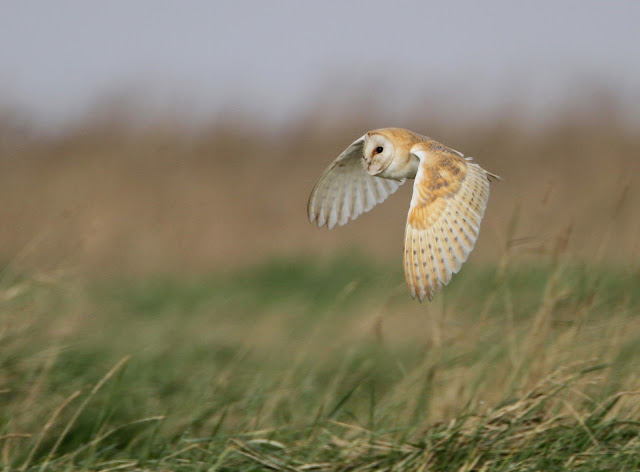 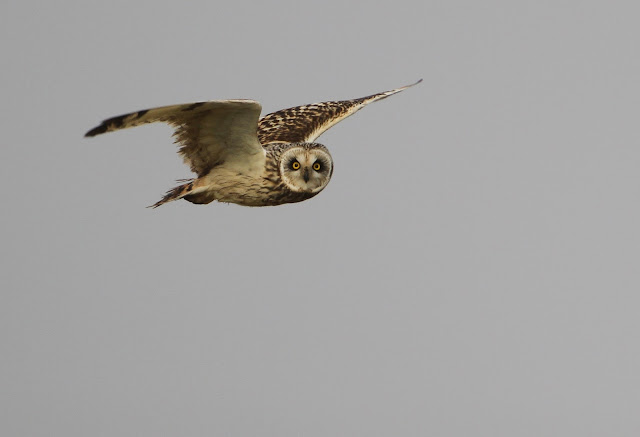 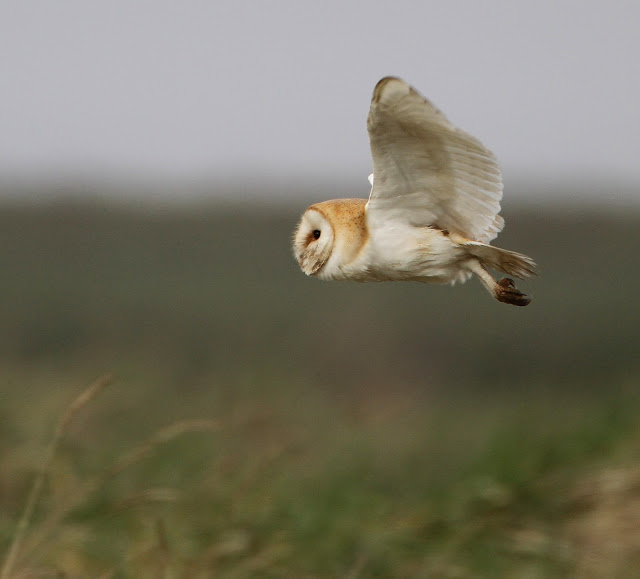 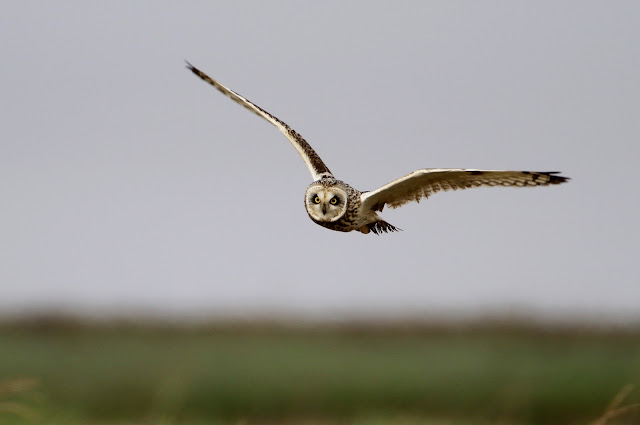 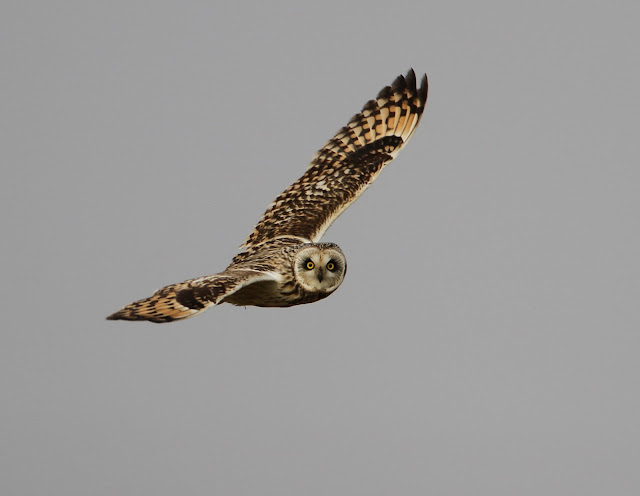 I fancied a crack at the Barn Owl at Aust Warth on the Severn Estuary which has been showing well on and off for a few weeks during daylight hours so left early and got there at 7.20am.
The estuary was shrouded in mist early on which took a while to burn off and the Barn Owl eventually showed at 9.30am and continued to hunt for a couple of hours quartering the rough ground alongside the road.
It perched up several times but was always a little too distant to get a good shot.
Shortly after the Barn Owl showed I enjoyed the added bonus of a Short-eared Owl coming out to hunt and managed some shots of both species that I was quite pleased with.
I stayed for most of the day hoping that the birds would return later in the afternoon to hunt and really enjoyed the company of two fellow "toggers" from the Cotswolds and Stroud before calling it a day and leaving at about 4.00pm as the light started to fade. 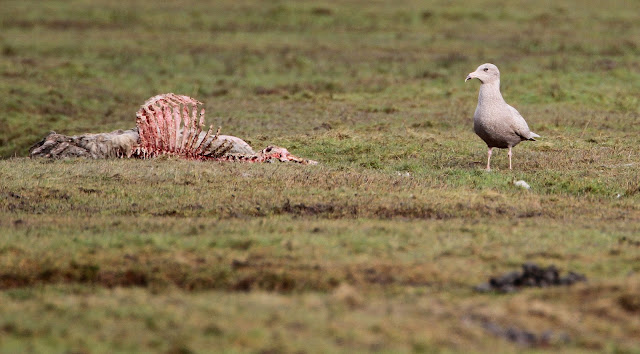 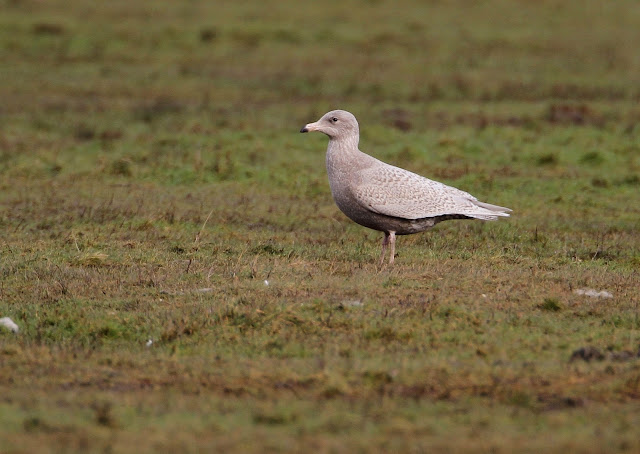 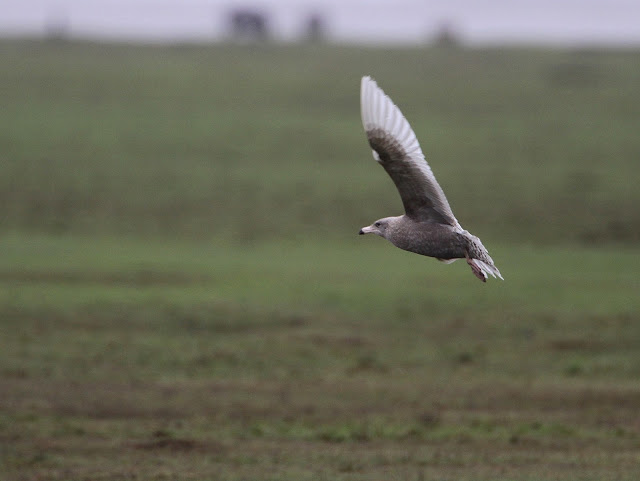 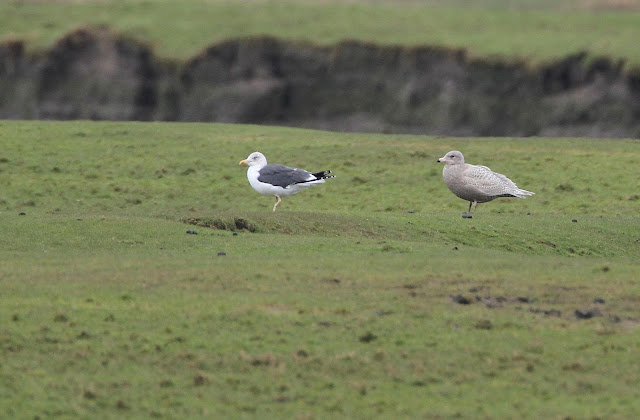 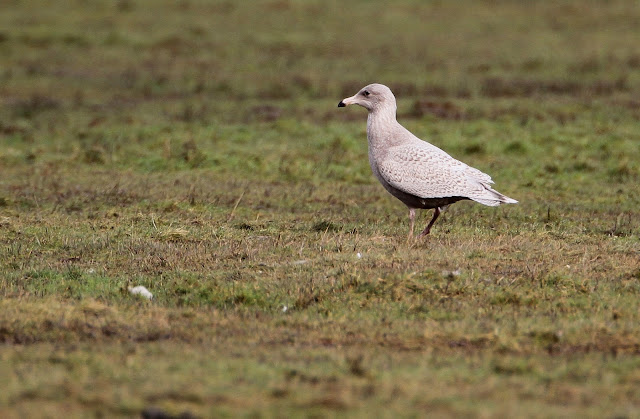 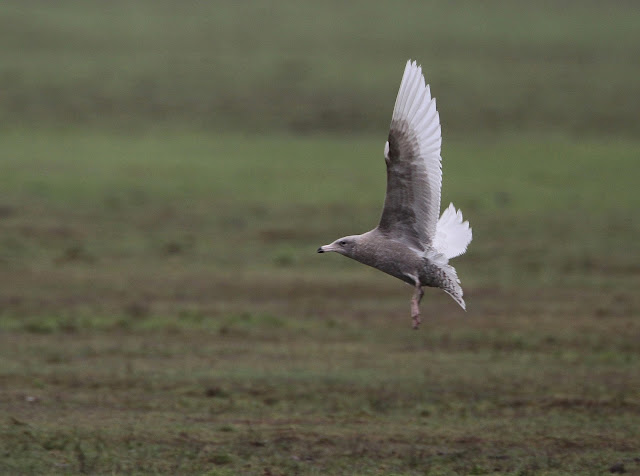 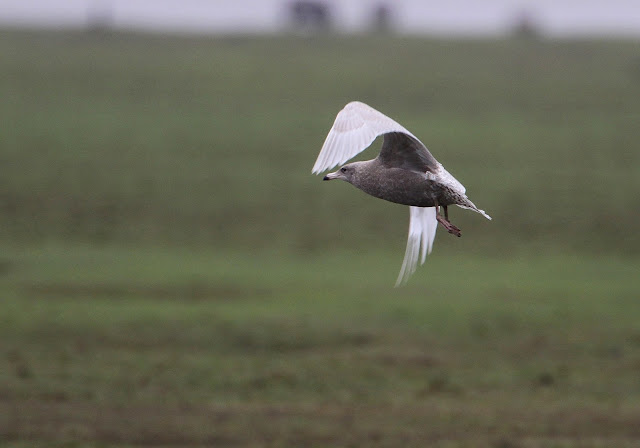 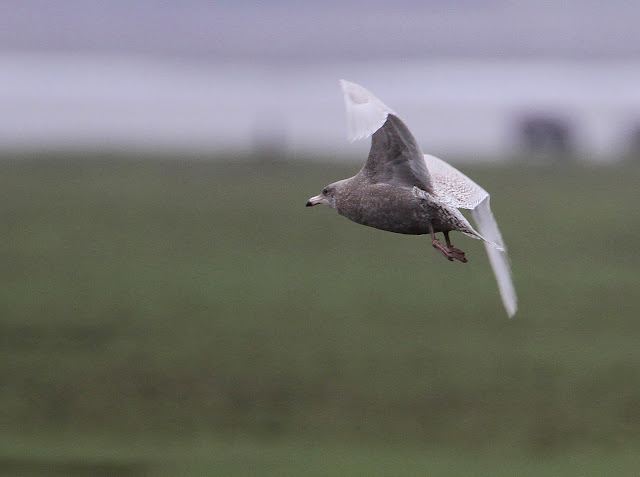 Selection of "record" shots taken in company with Peter "Pedro" Morgan during a visit this morning following a text received from Mark Hipkin (cheers Mark !!) advising of the find by Chris Brewer (great find Chris !!) of the juvenile gull feeding on a sheep carcass opposite the church at Wernffrwd just off the marsh road.
Chris was there when we arrived and we were later joined by Adam Tilt,Dave Pritchard and a birder from Stoke (really nice guy) who was visiting his wife's relatives in Llanelli and who couldn't resist the temptation to have a look for the bird.
Posted by Jeff at 2/09/2013 10:03:00 pm 2 comments: