A selection of images of the extremely confiding Long-billed Dowitcher found at Rhaslas Pond,Nr Merthyr Tydfil by Mike Hogan,a fantastic inland find and the result of intensive patch watching in building up a catalogue of species that use the pool either for breeding or passage to counter the threat of opencast development which would result in the loss of this wonderful piece of upland habitat. 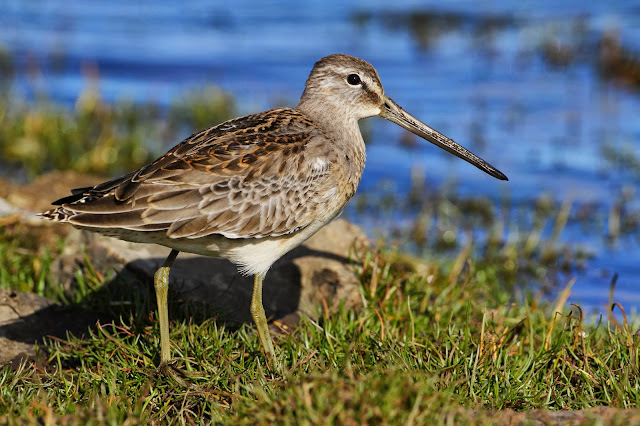 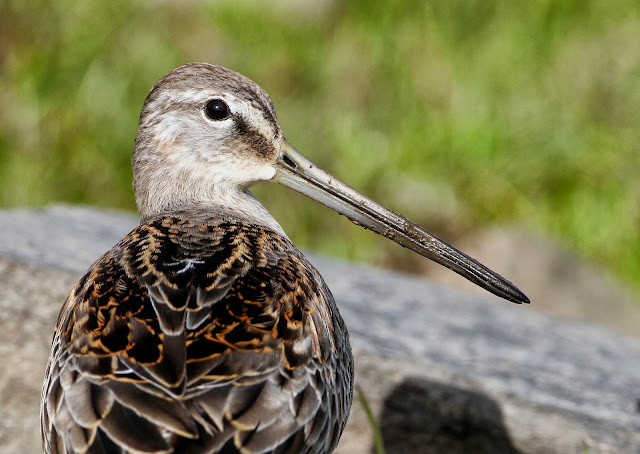 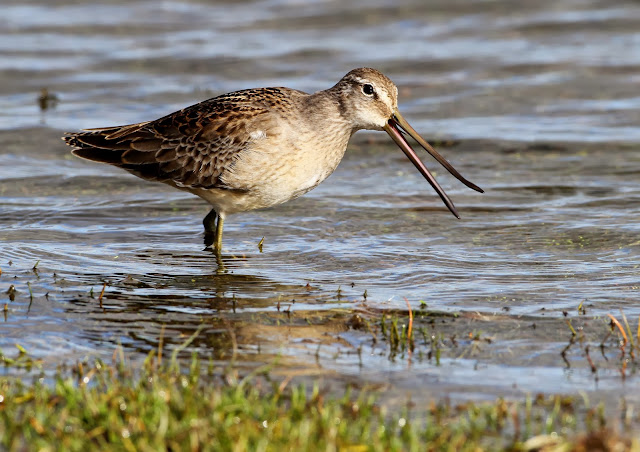 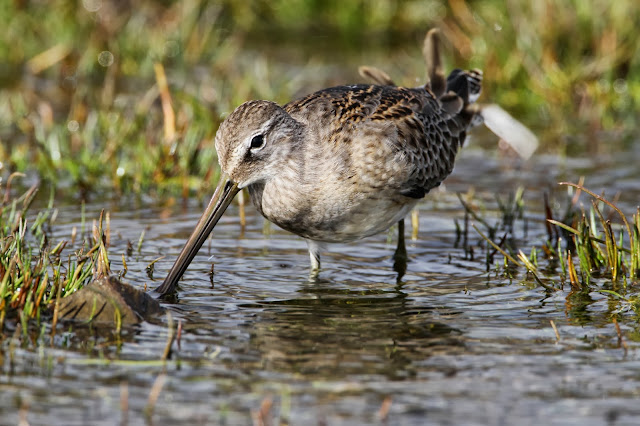 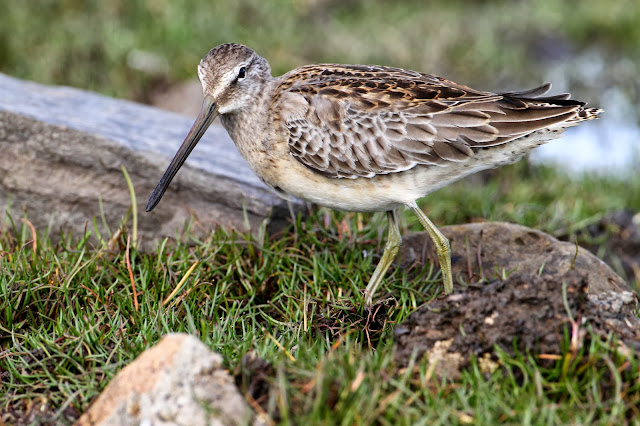 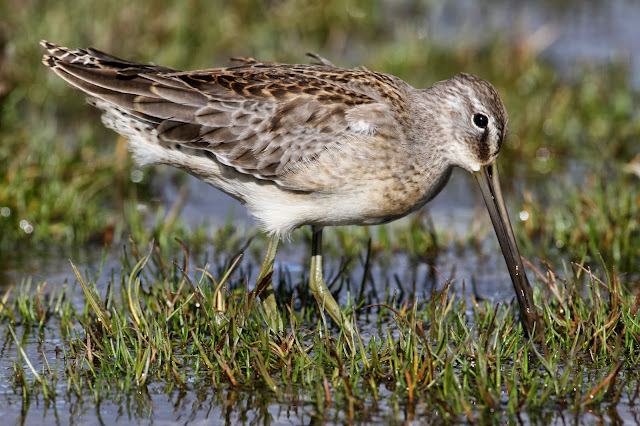 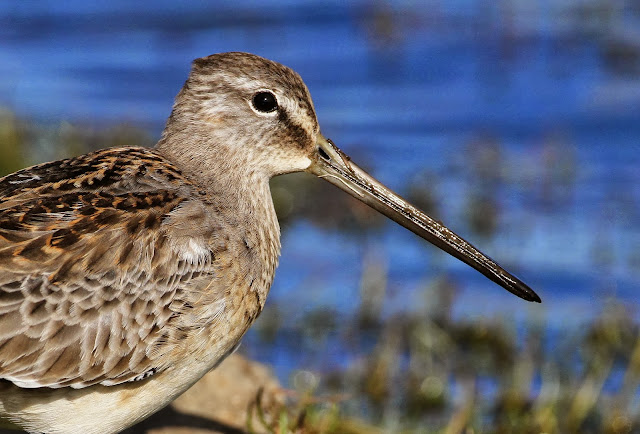 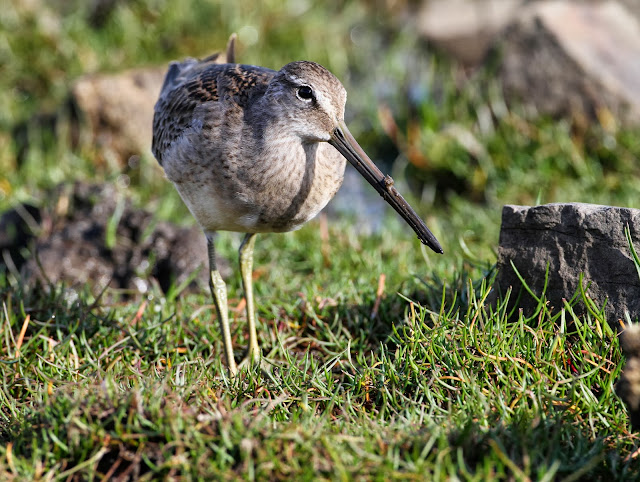 When news broke last Wednesday of a Pectoral Sandpiper found by a visiting birder at Brechfa Pool only 15mins north-west of the caravan my thoughts turned immediately to whether or not it would stay until the weekend and give me the chance of photographing it.
I checked out the Brecknock Birds website and Birdguides on Thursday and Friday and the bird was still there and as I rolled up at the pool nice and early on Saturday morning a quick scan revealed that the bird had stayed and was still enjoying the company of a Ruff which had turned up on Thursday.
My initial approaches found both birds to be quite flighty and it was difficult to get within about 30m before both birds took flight and relocated to another part of the pool,I only managed some "record" shots and after a few hours realised that I wasn't going to get any closer. 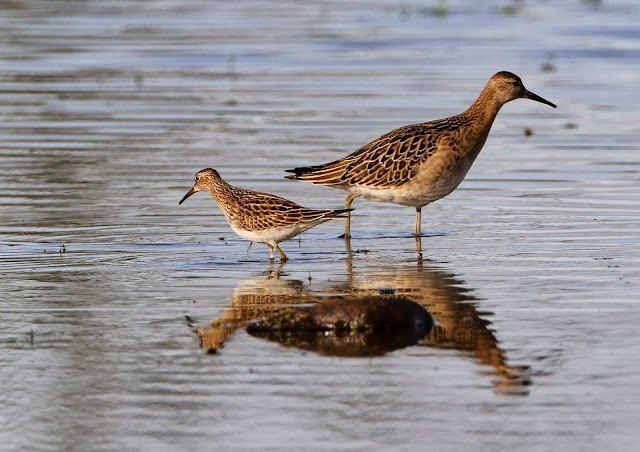 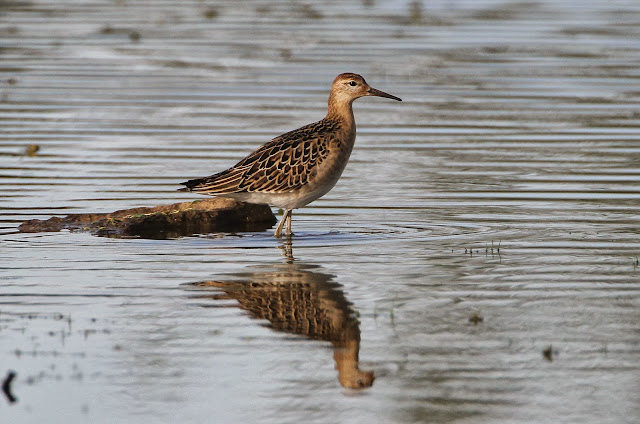 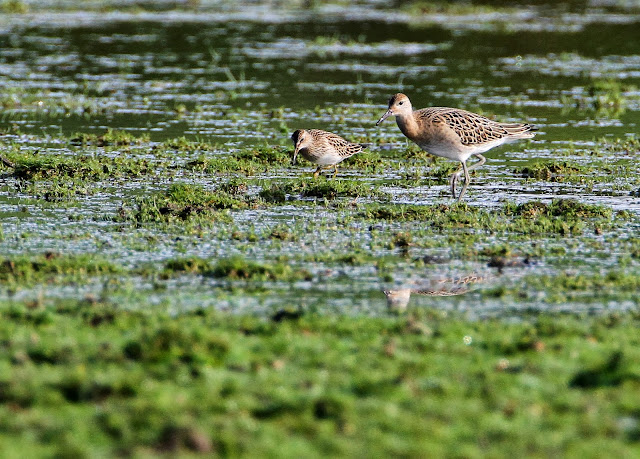 I've never considered Ruff to be a particularly large wader although they are quite variable but it certainly dwarfed the Pec Sand !!
Good friend and local fellow "togger" Steve Wilce returned from a trip to Norfolk on Saturday afternoon and we arranged to meet at the pool on Sunday morning to find that the Ruff had departed overnight and the Pec Sand had become far more confiding and approachable when on it's own.
Fair to say that we proceeded to "fill our boots"................... 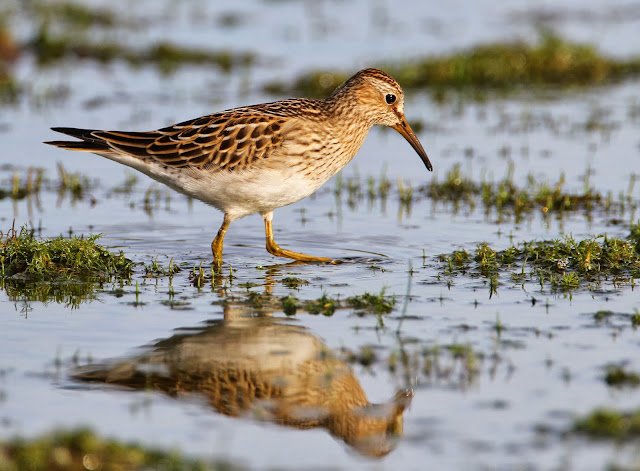 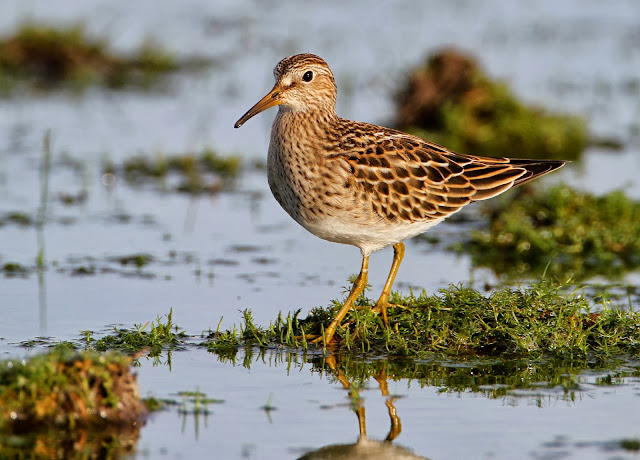 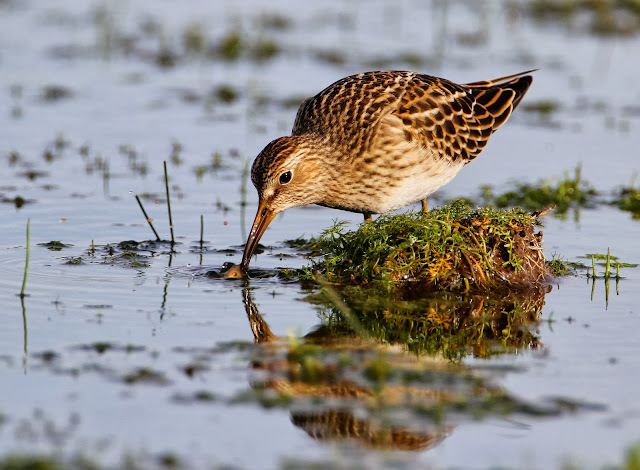 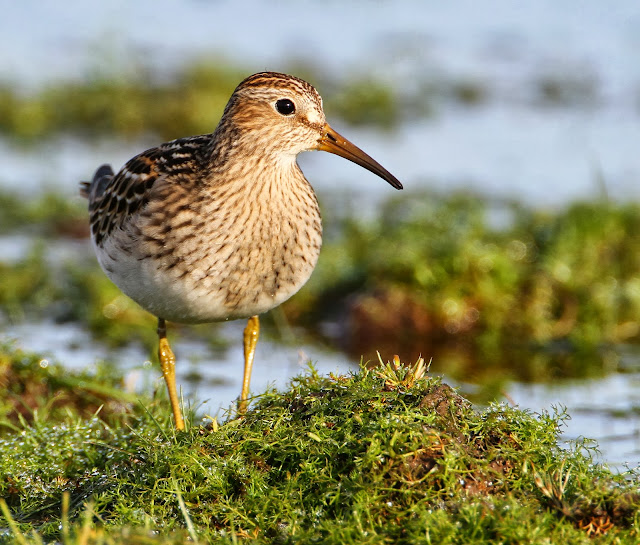 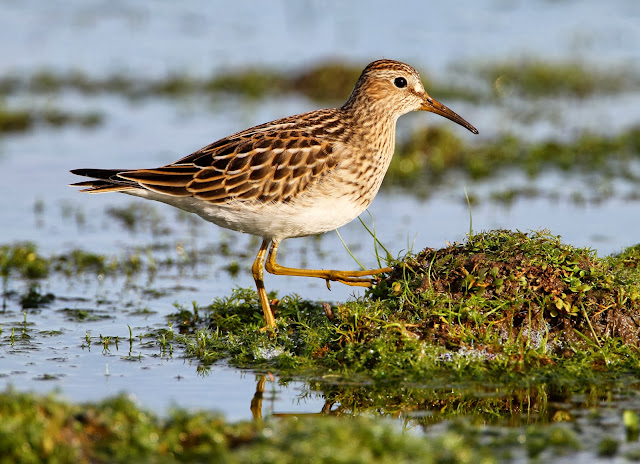 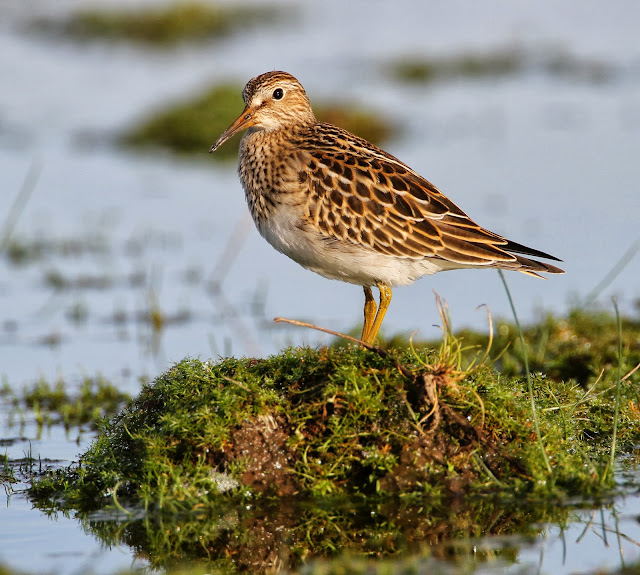 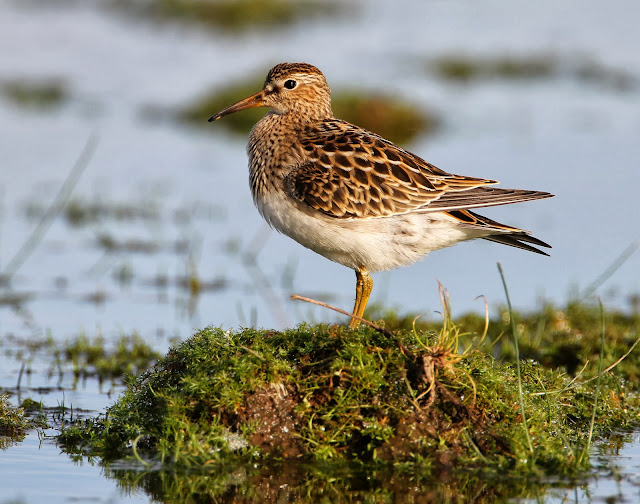