Oooh, We Went Up to the Heelands of Scotland! 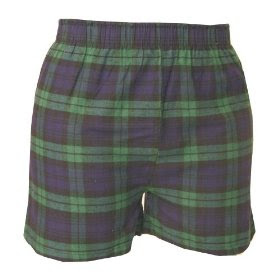 We went up by car and by plane.
We'll all bring ours wives back a present,
So we can go next time again!

We're off to Mull on Friday - trip report to follow soon.

Spring has sprung, birds are pouring into the country - admittedly few that would set the pulse racing, particularly here in Glamorgan - and the Birders in Boxers are again in the wrong place at the right time: namely, working or enjoying precious time with family when we should be out birding!

Well, that's not strictly true. I've been out quite a bit in the sunshine over the last few days doing some BTO survey work before summer sets in and we can't do the fieldwork because of the wind and rain. I wasn't lucky enough to find anything rare (that would be a first) or even any local scarcities, but a few things did strike me when I was out and about.

I surveyed two Cardiff tetrads for the BTO Atlas: ST17R (Grangetown and Llandough) and ST17U (Mynachdy and Heath). I also did my rural BBS square up near Pontllanfraith - a square I've been covering since 1998. You'd think I'd see a greater variety of birds on my BBS square which, apart from a small village, is bang smack in the middle of the countryside, with nice pockets of woodland? Nope.

There used to be a nice variety of birds in my BBS patch. Over the years I've managed to see 51 different species in that kilometre square. The variety and numbers have been slowly dropping off over the last five years or so - but this year was the worst so far. There was bugger all there. Now, I know everyone's been banging on that we've had a cold winter, (actually, I prefer to think of it as having been a 'normal' winter, like the ones we used to have), and this may have had an impact on the bird numbers locally. The highest point of the square is 300m above sea level after all. But, I have a different theory. The farmer who owns the land in this square decided to have a Spring Clean.

All around me was 'immaculate' countryside. All the hedges were beautifully trimmed (do farmers get grants for topiary now?) and the grass in the surrounding fields had been shaved to an uniform perfection by sheep. I thought for a moment that I'd been magically transported to the Masters Golf Course in Georgia. What was going on? Was the farmer's Mother-in-law coming round for Easter and he'd promised his wife he'd tidy up before she arrived? I don't keep my house as clean and tidy as this. I swear he'd even hoovered around the hedgerows.

So what was there? Highlights were a pair of Siskin, a single Linnet and a fly-over Jay. Says it all really. OK, amongst the Robins, Dunnocks, Chaffinches etc there were a couple of Chiffchaffs, one Blackcap and it was nice to see a few Swallows back flying above the farmyard (which was spick and span of course). But that was pretty much it. The Lapwings, Curlews, Starlings, Bullfinches, Goldcrests, Pied Wagtails and higher numbers of common species have gone.

So jump to ST17R - the tetrad which lies at one end of Grangetown and over the River Ely to Llandough. The heart of this tetrad, in the city of Cardiff, is Grangemoor Park - a tump of land which used to be a rubbish tip but has now been landscaped into . . . well, a lump of rough grassland. Across the river is a small block of woodland and the rest of the tetrad is very urban.

At Grangemoor Park there were 3 singing Skylarks, a Reed Bunting, Kestrel, Meadow Pipits, Linnets, shed loads of Dunnocks, a couple of sparring Common Whitethroat and a fly-by Peregrine. Along the river a pair of Shelduck was a surprise, some Willow Warblers, Blackcaps and Chiffchaffs, a Grey Wagtail and overhead some Swallows. In the small woodland there were both Green and Great Spotted Woodpeckers, Nuthatches, Song Thrushes, a Bullfinch and good numbers of common woodland birds. House Sparrows and Starlings were nesting amongst the houses.

In two hours, in this unpromising, largely urban area, I found a total of 44 species as opposed to the 26 I recorded in the BBS square in rural Gwent. 'House proud' farmers - the guardians of our beautiful countryside.