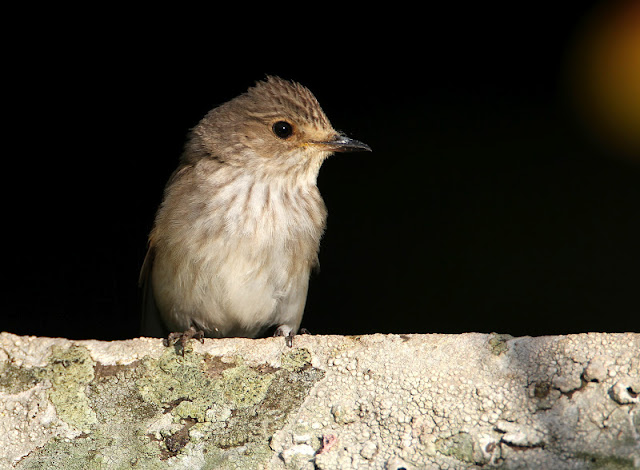 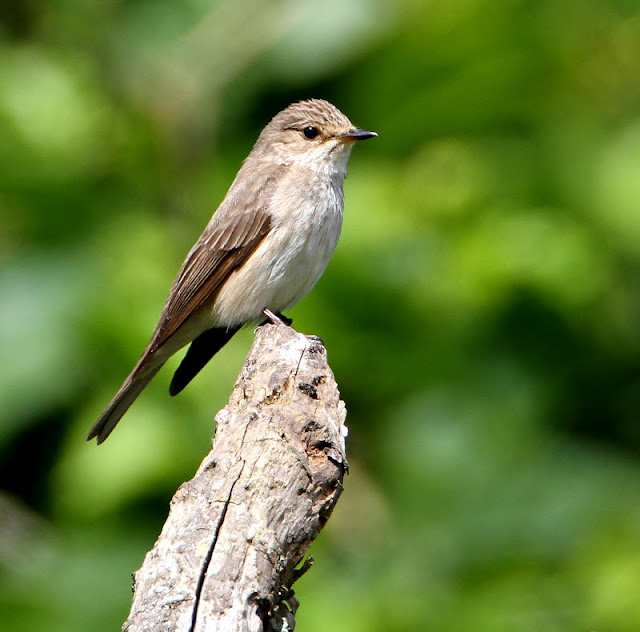 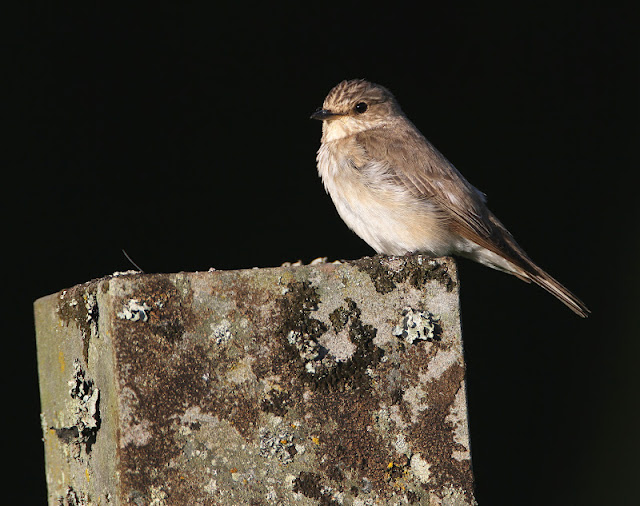 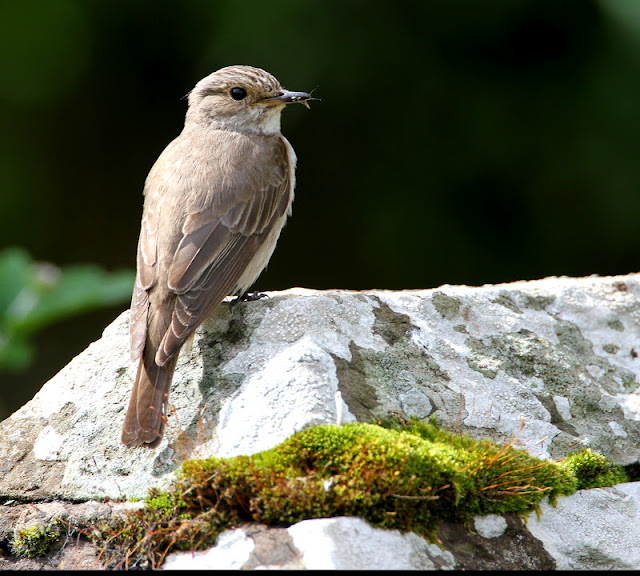 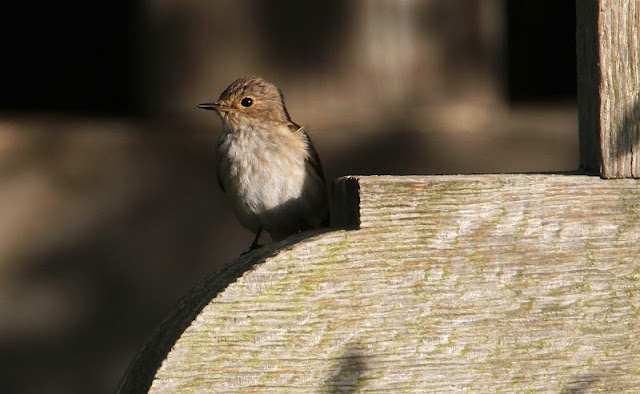 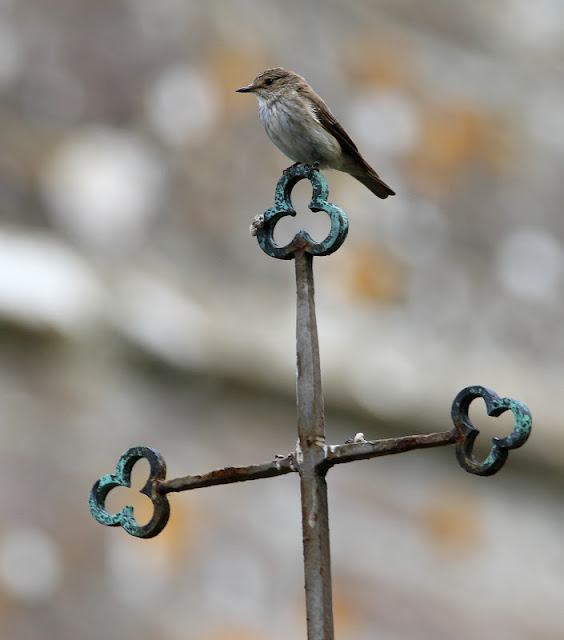 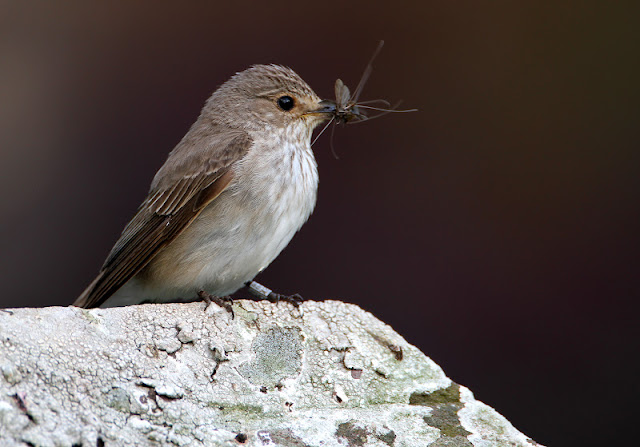 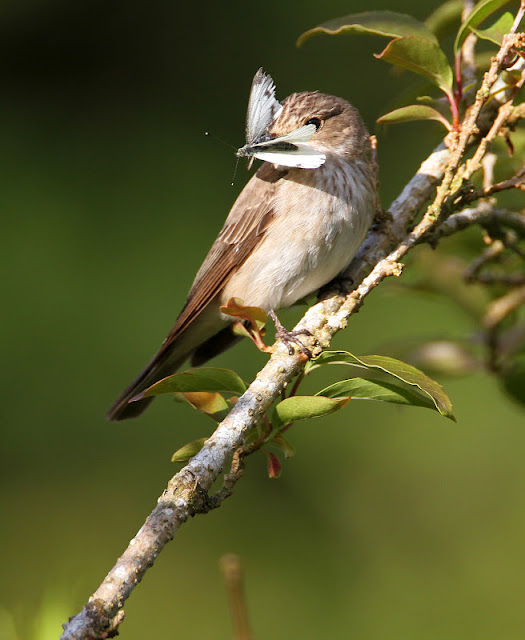 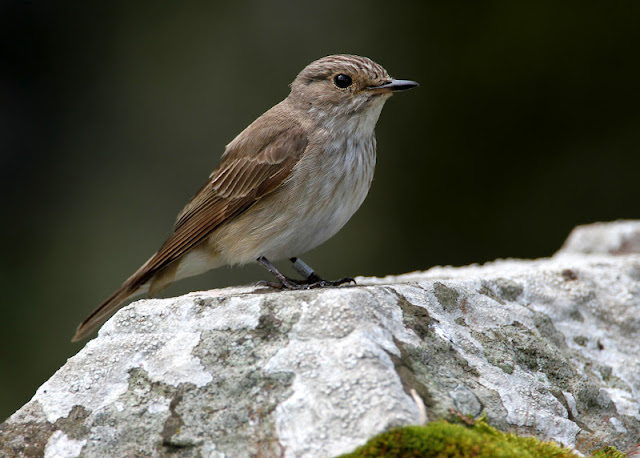 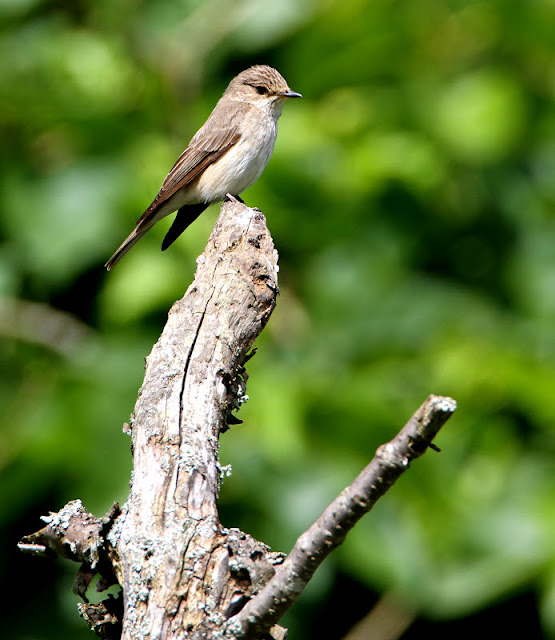 Had a stroll around the chuchyard at Llangasty yesterday evening and found a couple of juvenile Common Redstarts which after taking cover from a heavy shower I couldn't relocate.
It was very quiet and just as I was about to head back to the caravan I noticed a Spotted Flycatcher and quickly found it to be one of a pair flying back and fore a nest which upon checking held four young which were very near to fledging and will probably be out of the nest within a couple of days.
The parent birds were resonably confiding and I managed a few shots that I was quite pleased with.
Posted by Jeff at 7/29/2012 10:21:00 pm 2 comments:

Paid an afternoon visit to the Glanusk Horse Trials on Saturday and after an enjoyable few hours spent a little time trying to photograph a group of Barn Swallows hawking insects over one of the meadows on the way back to the car park,frustratingly difficult but good fun all the same !!
We then called in to Talybont Reservoir on the way back to the caravan where the highlights were a Common Sandpiper flying down the opposite shore and a couple of female Goosanders in flight.
There were several House Martins nesting on the "pumphouse" at the dam end which was another photographic challenge,unfortunately I also witnessed the demise of a youngster as it fell from a nest and despite a valiant attempt succumbed to the cold water.
Had a look around the lake on Sunday morning hoping to get a photo that I was unable to get last week which was a juvenile being fed by a parent bird.
There were loads of Common Blue Damselflies on the wing and they were easy pickings for the Reed Warblers and I managed a few of the shots that I wanted,even managed one of a Common Blue being "ejected" from the other end of one of the birds !!
Posted by Jeff at 7/09/2012 09:12:00 pm 1 comment: 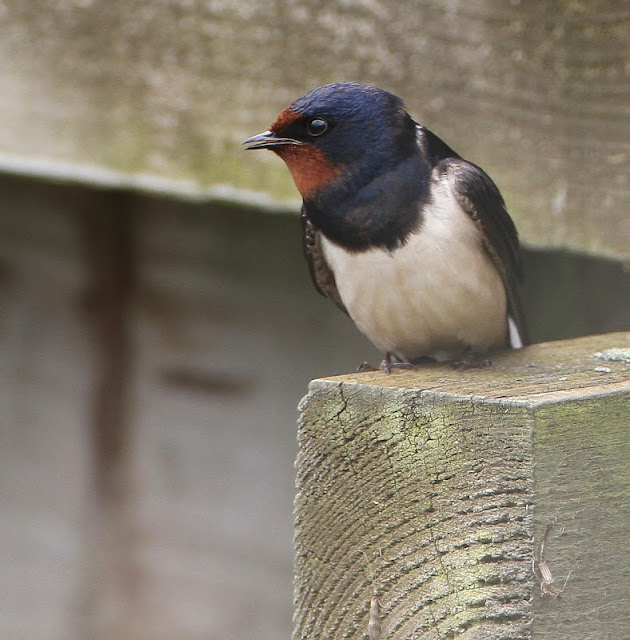 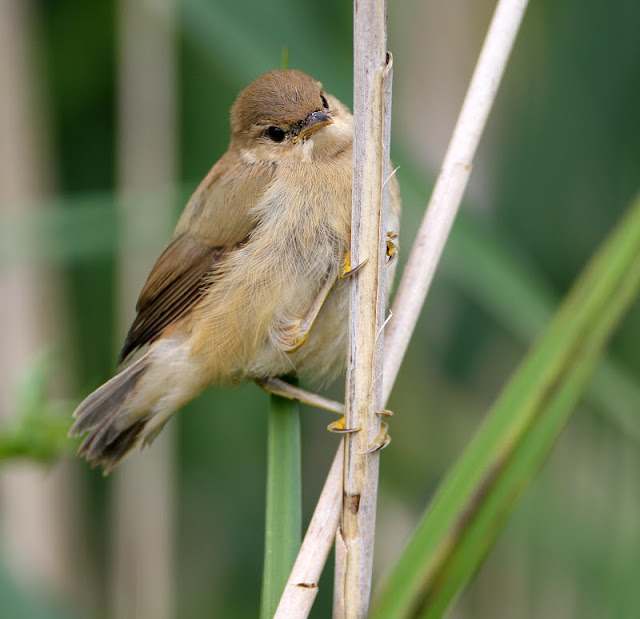 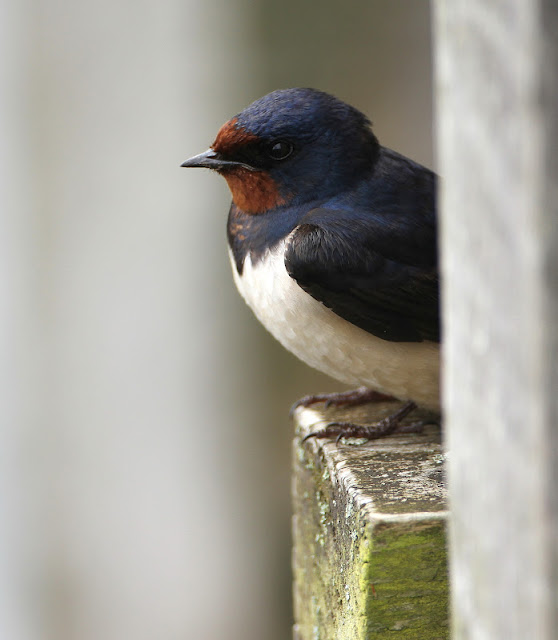 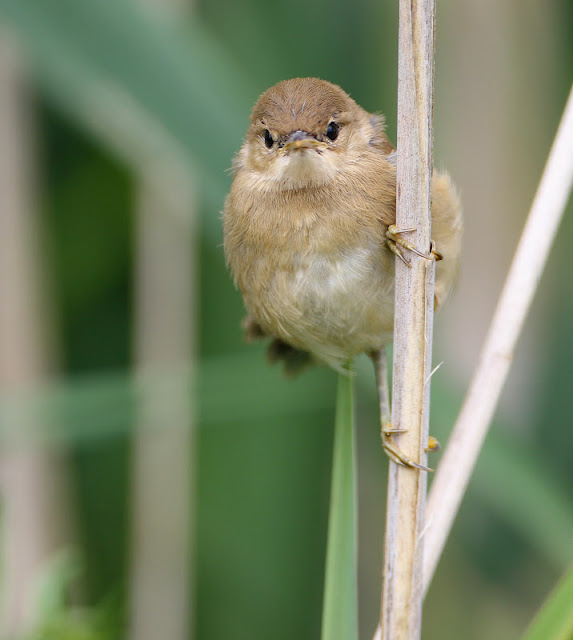 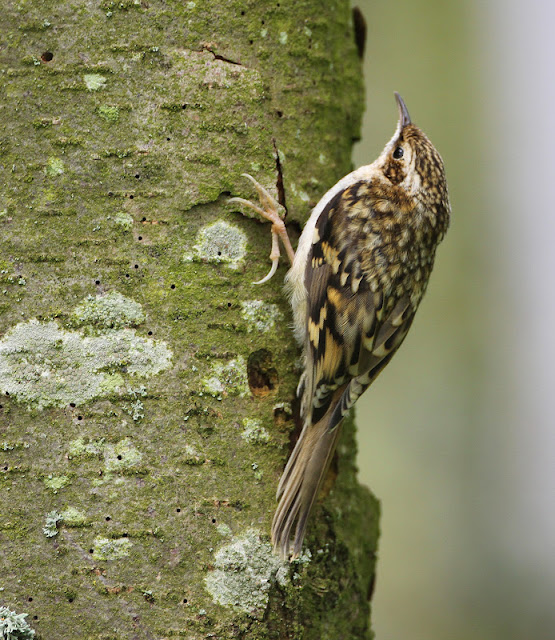 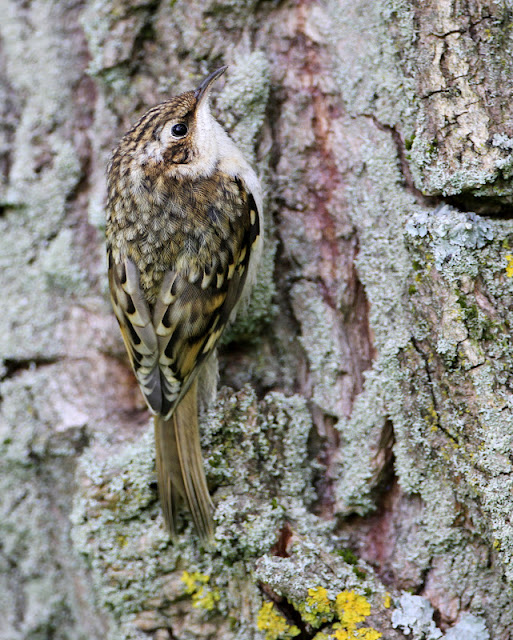 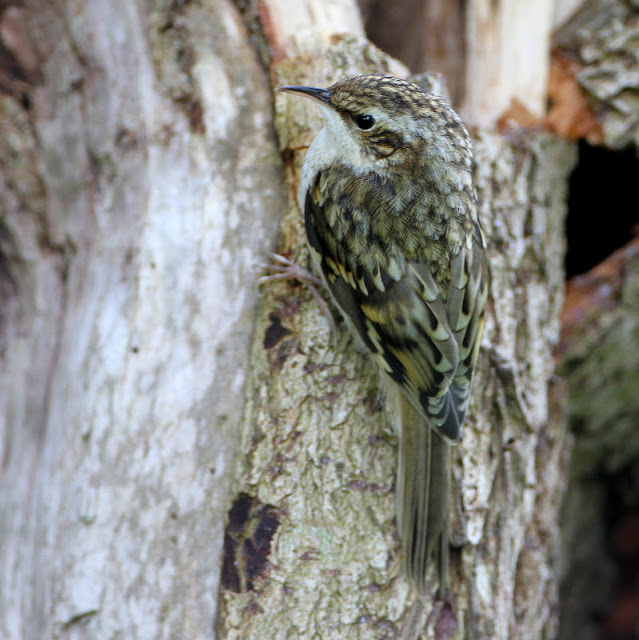 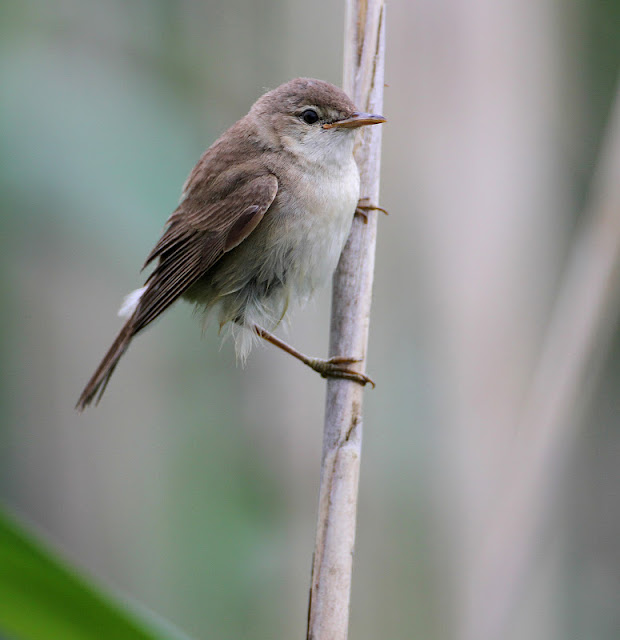 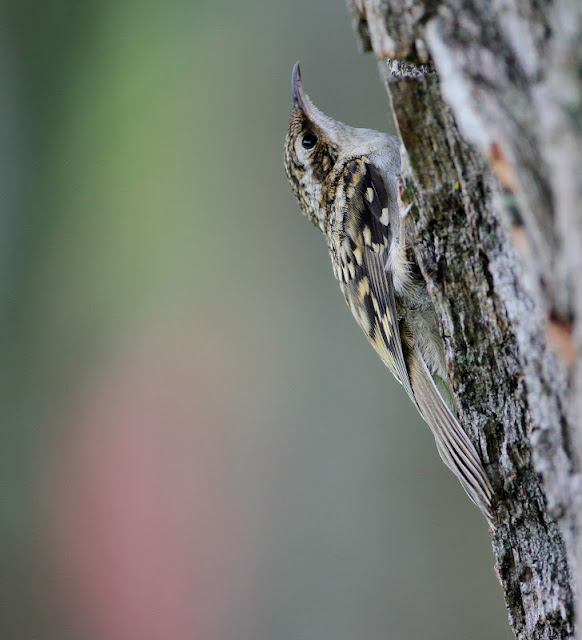 Didn't do a lot of birding this weekend as it's that quiet time of year,had a few hours around the fringe of Llangors Lake on Sunday morning where there were several juvenile Reed Warblers in the reed beds and whilst I could see two youngsters perched on a horizontal broken reed stem getting fed by a parent I just couldn't get a clear shot through the tangle of reeds.
A nice surprise though was a party of four Treecreepers (two adults and their two youngsters) moving through trees near the sailing club,managed some nice shots but wasn't quick enough to get one of a parent feeding a youngster.
Posted by Jeff at 7/02/2012 10:03:00 pm No comments: