'A Twitching We Will Go'

Dave and Jenson rocked up at my place at 7.50am and off we set in my X-Trail calling first at Crymlyn Burrows hoping to catch some waders on the high tide roost, unfortunately there was not a wader to be seen, perhaps they've got fed up of being harassed by dogs and their owners !!

We next called at Blackpill with the same result and probably for the same reason.

We pushed on to Mewslade and after passing through the gate at the end of the woodland path bumped into Richard Cleobury who was responsible for finding the recent summer plumage LB Dowitcher at WWT Llanelli.

Richard was very helpful and gave us the heads up on the Wryneck and AG Plover which he had already seen.

The Wryneck showed after about 10-15 minutes in it's favoured rocky area to the right of the path and gave decent if distant views before it flew off over the scrub and down the valley, here are some record shots........... 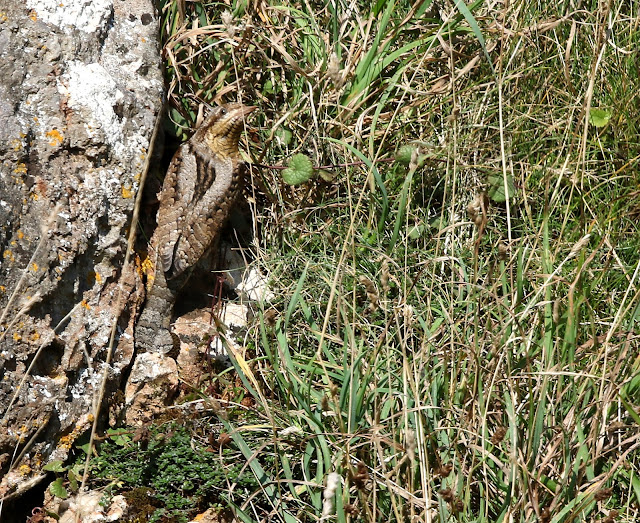 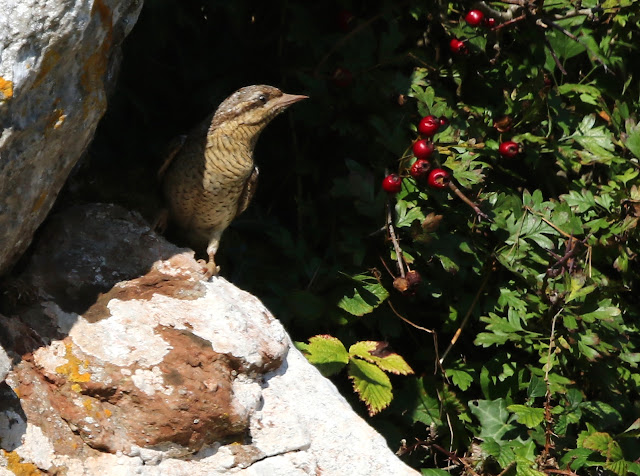 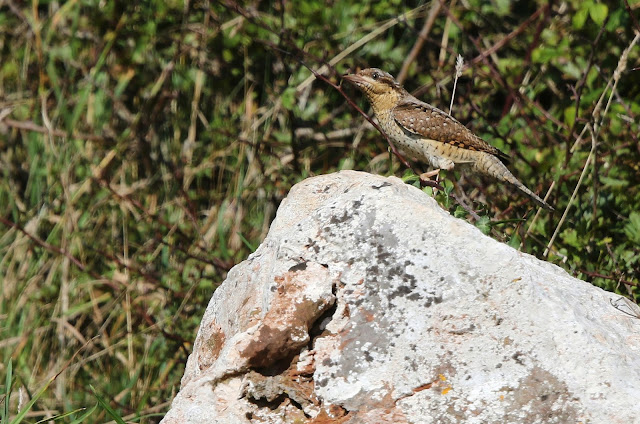 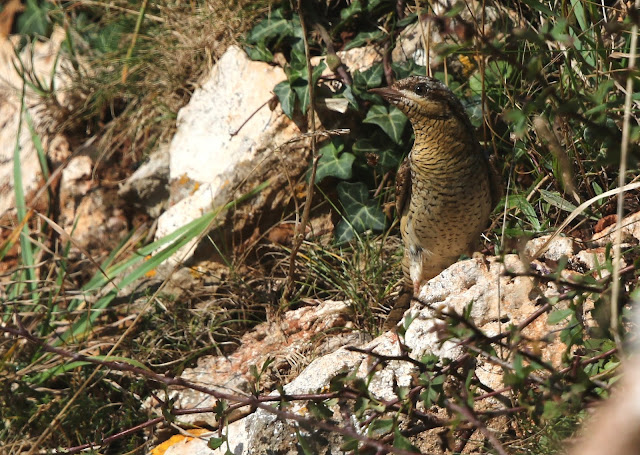 Having found the Wryneck pretty quickly we headed for Dale which took us about 2 hours and following Richard's directions we managed to find a few birders in the vast airfield area that were watching the bird.

In such a large area if it was not for other birders being present it is doubtful whether we would have found the AGP especially given the rocky terrain.

The bird was associating with another European Golden Plover and 2 Grey Plovers and there was also a Snow Bunting present, the plovers were distant and flighty so I only managed distant heavily cropped 'record shots'.......... 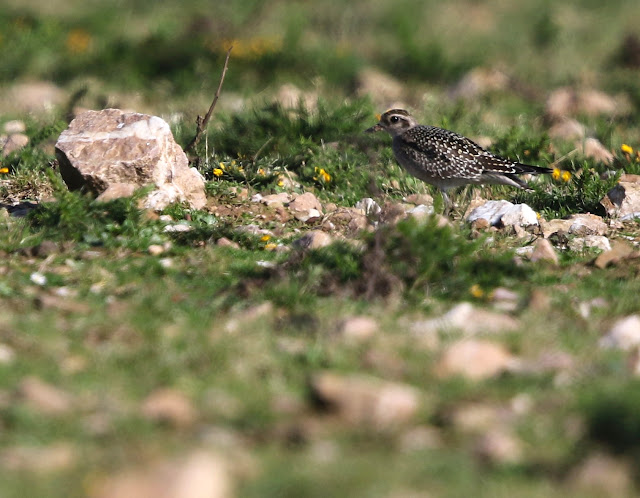 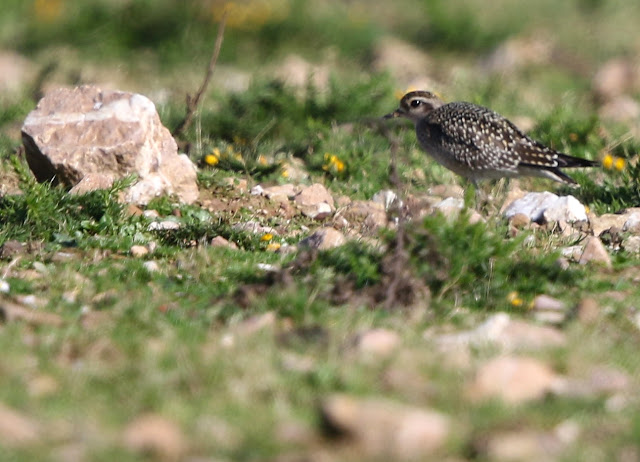 Although tiring, a cracking day out in great company and fine weather, a few 'lifers' for Jenson and the American Golden Plover was a 'lifer' for both Dave and myself, it's an American wader that has eluded  me for far too long.