Although I've seen several in the UK and a few in Glamorgan I couldn't resist the temptation of a trip down to Ferryside this morning in an attempt to get some images of the Glossy Ibis which has been feeding in company with Rooks on the waterlogged fields of the local rugby club.
Apparently according to a villager it's been there for a week.
I arrived at about 9.20am and a quick scan of the field confirmed that the bird was still there and I quickly set about getting some photos, although dry upon arrival it was very grey and overcast, consequently the light was poor and I had to crank up the ISO a little.
Still I did manage a few images that given the conditions I was quite pleased with...... 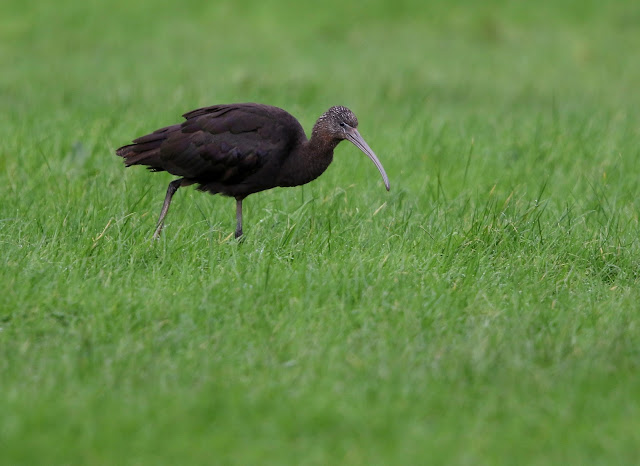 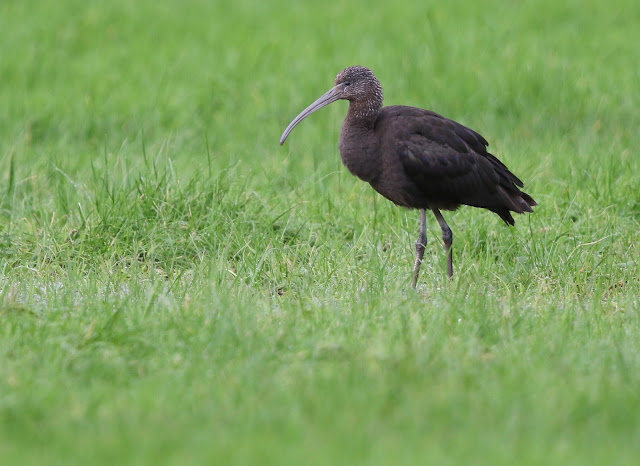 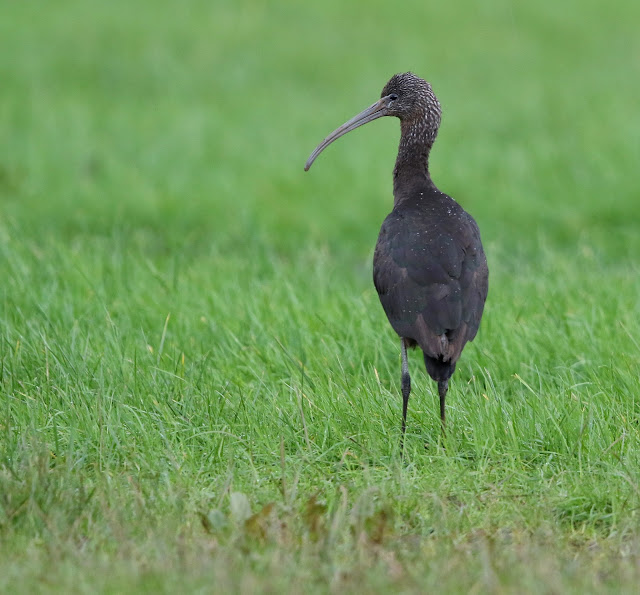 After about 20 minutes the heavens opened and I had to beat a hasty retreat to the Jeep where I stayed for 10 minutes as a heavy shower passed over during which Gary Harper the Carmarthenshire County Recorder turned up.
After the rain had passed we chatted and it was nice to put a face to a name that I'm familiar with from the Carmarthen Bird Club website.
We set off together along the path bordering the fields and I managed a few more images whilst Gary "phone-scoped" some good photos........ 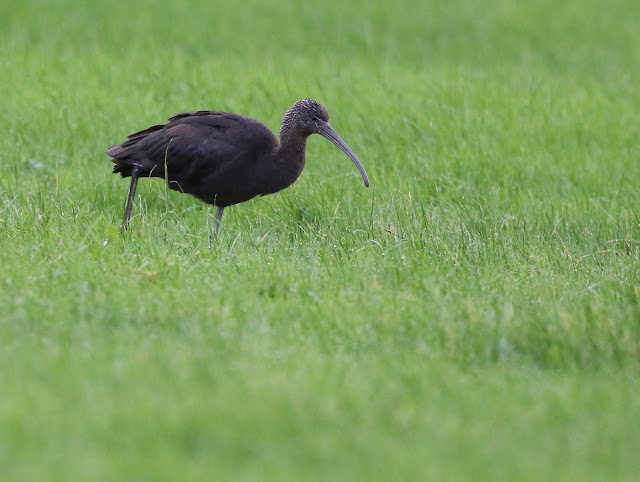 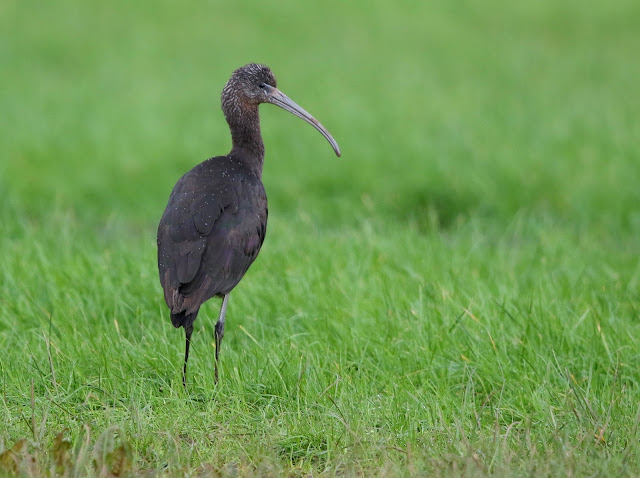 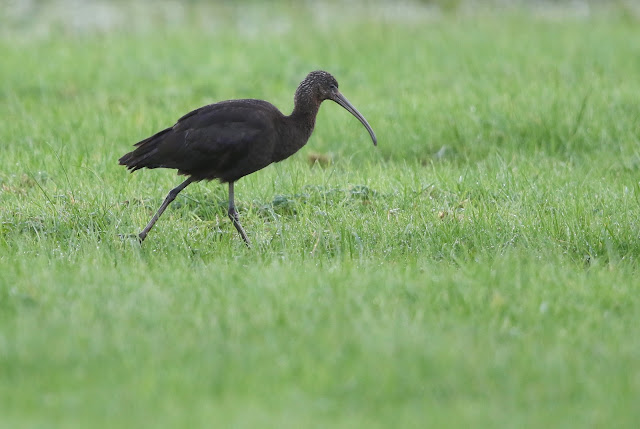 As the weather stayed dry we both advantage of the bird's active feeding and then decided to move on with me heading for Kenfig NNR hoping for views of a Bittern, that turned out to be a complete waste of time and the least said about it the better
Posted by Jeff at 1/10/2016 06:10:00 pm