Having been up at the caravan or out of circulation with other committments in the last few weeks I'd missed out on the opportunity to photograph the Kingfishers that have been allowing my fellow "toggers" to "fill their boots" at Forest Farm,Cardiff.
With a dry,cold and sunny day forecast for today I decided that I'd try and catch up and so myself and Peter "Pedro" Morgan set off fairly early and got to the northern hide by 9.30am.
As we arrived at the hide we were informed by another "togger" that a Kingfisher was showing close in right in front of the hide and so we immediately got on to the bird,what a stroke of luck !! 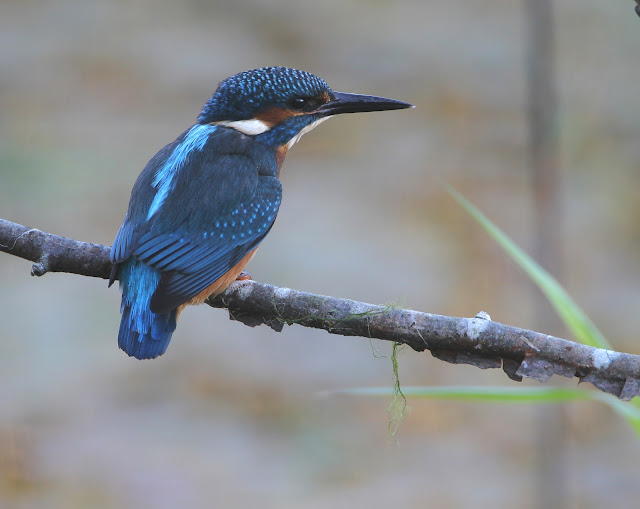 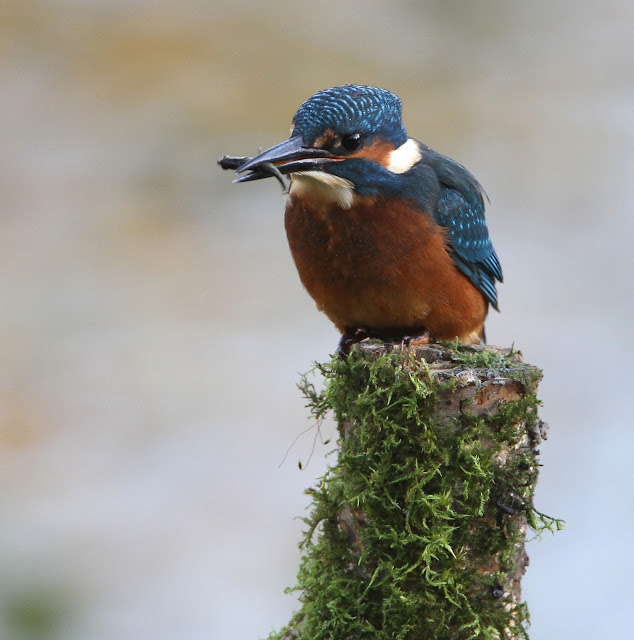 Two males showed on and off allowing us both to get some shots and Dan and Geth duly arrived after a couple of hours patch watching. 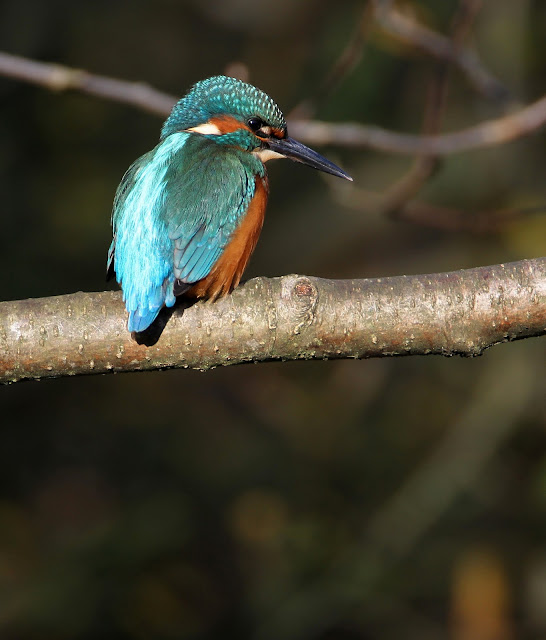 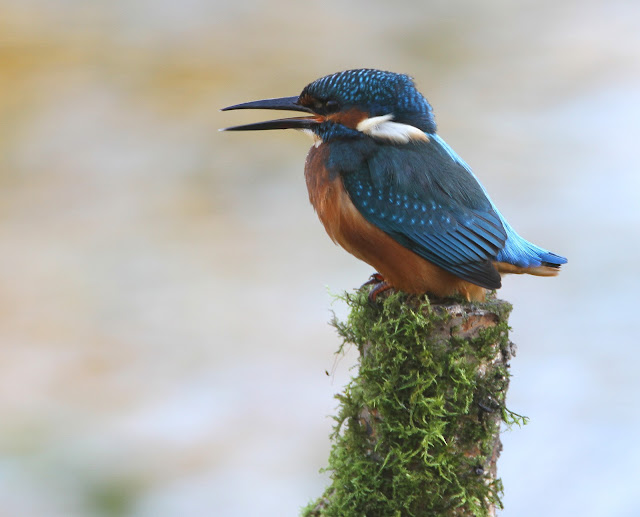 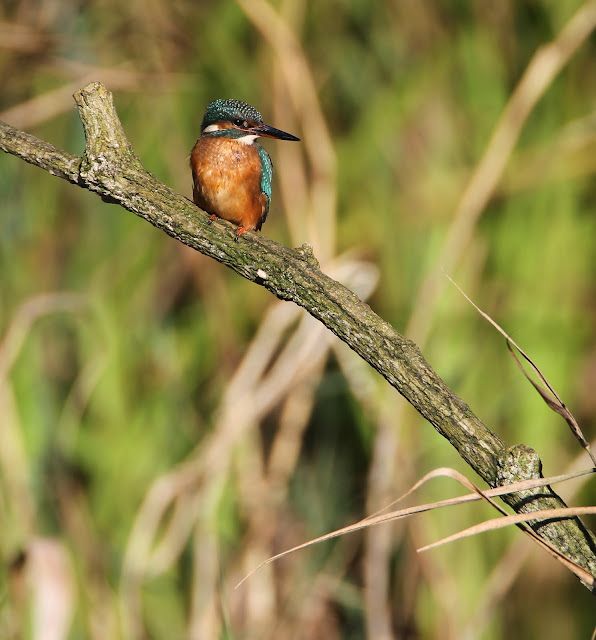 We all enjoyed some great views and shortly after Wayne "Pliers" Morris joined us following a morning's ringing down at Cardiff Bay.
We moved down to the other hide hoping to catch up with the Jack Snipe that had been seen earlier in the week and thoght that we had got on to it in the distant cut reeds but after closer examination we all agreed the bird we were watching was of the Common variety. 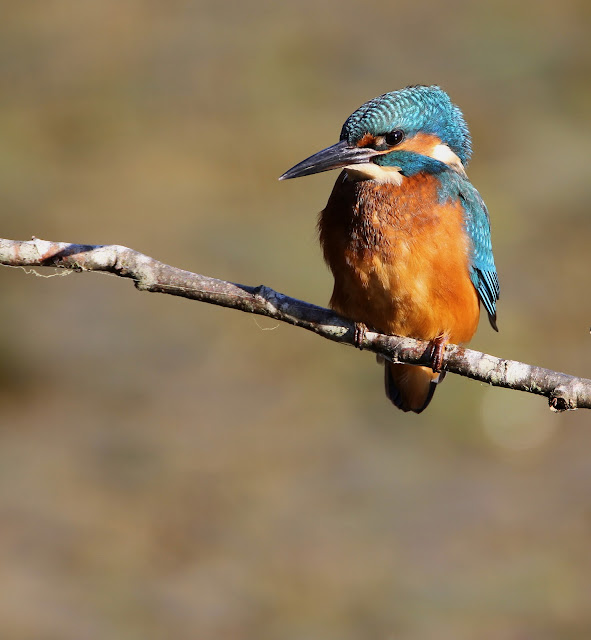 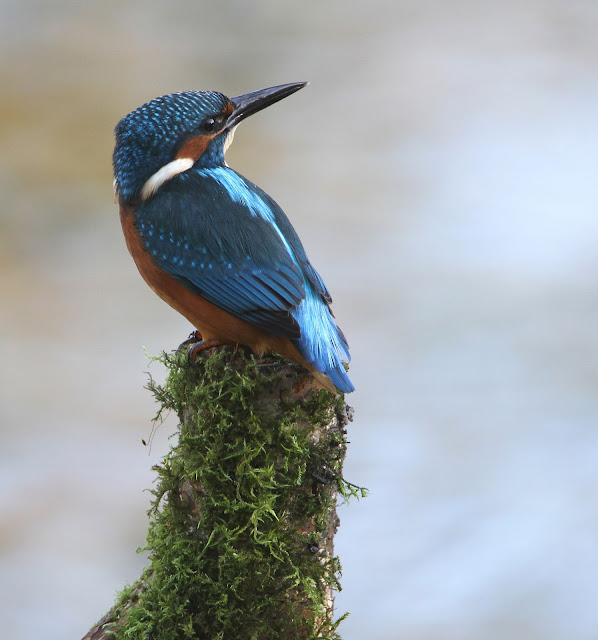 A female Kingfisher turned up and showed well and myself and Peter "filled our boots" as it gave great views.
Dan and Geth decided to head for home and myself,Peter and Wayne decied we'd spend a little more time in the north hide where another bird again showed really well. 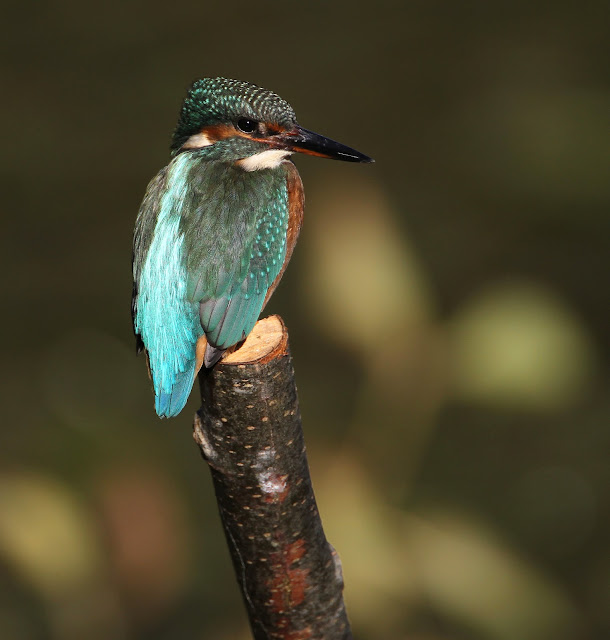 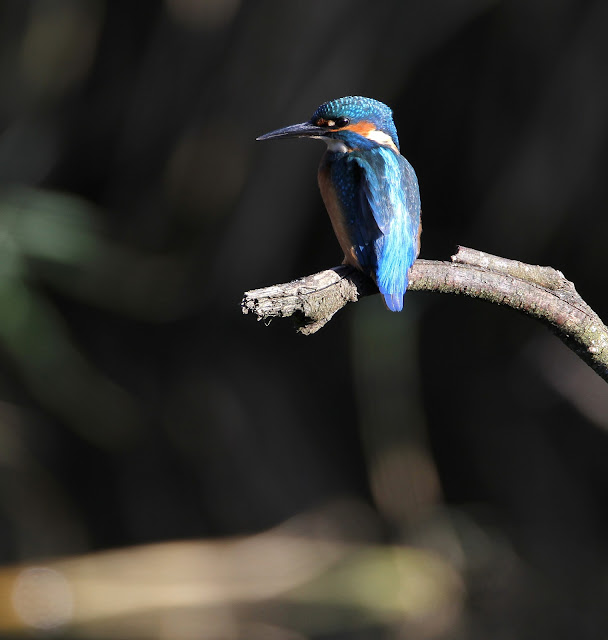 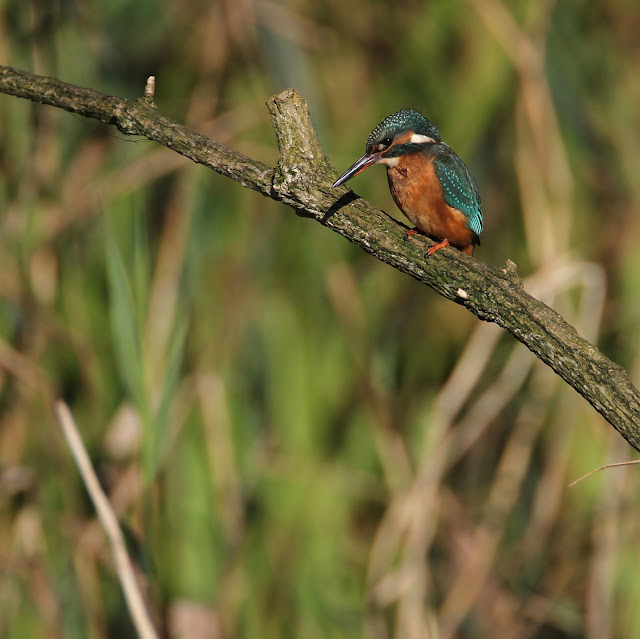 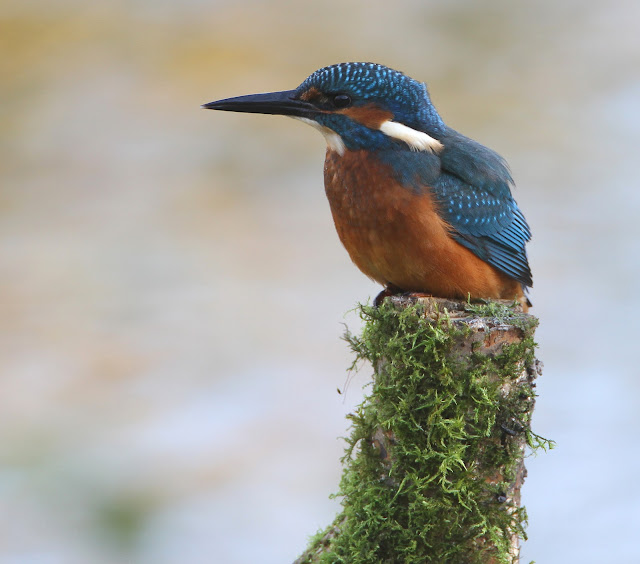 There's only so many Kingfisher photos you can take so Wayne headed for home and myself and Peter birded our way back west via Nash Point,Cwm Nash,Southerdown and Ogmore the only birds of note seen being M+F Blackcap and a pair of Choughs.
Posted by Jeff at 10/27/2012 10:32:00 pm 1 comment: Links to this post

Having not been up the caravan for a couple of weeks and with a good forecast my aim this weekend was to try and photograph Willow Tit at a site I'd been made aware of by Brecknock county recorder Andy King.
Saturday dawned as forecast dry,warm and sunny and I was joined by fellow "togger" Peter Morgan who roled up at the caravan at 9.00am.
We had both connected with Willow Tit at Nelson Wern back last winter but with poor light on a cold afternoon had struggled to get any really good images.
Peter was particularly keen to connect with Marsh Tit which for him would be a "lifer" and is a bird that I've found easily in the small wood opposite the entrance to the caravan site where probably two pairs appear to breed anually.
We strolled the short distance to the wood where one bird was calling and very quickly another appeared and although flighty at first settled down to give us both the chance at getting some reasonable shots.
That was easy, "piece of p..s this birding" !! 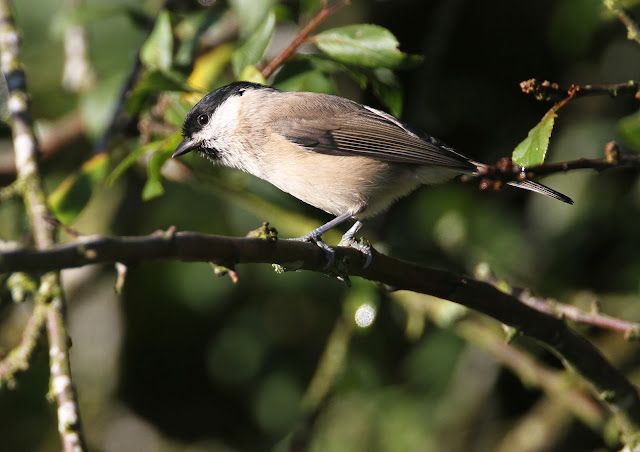 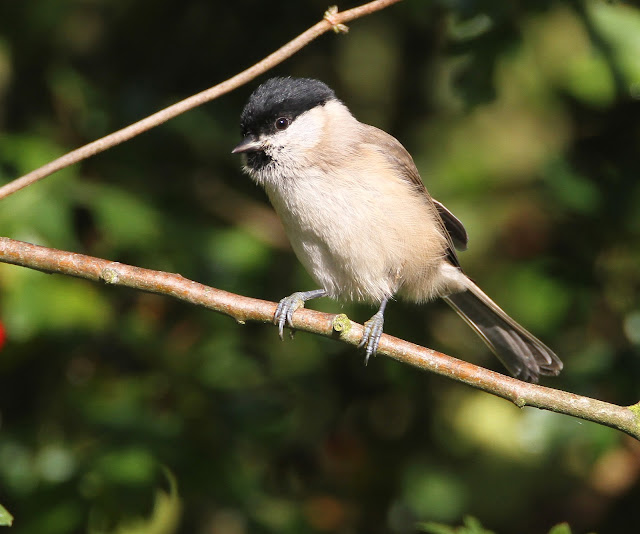 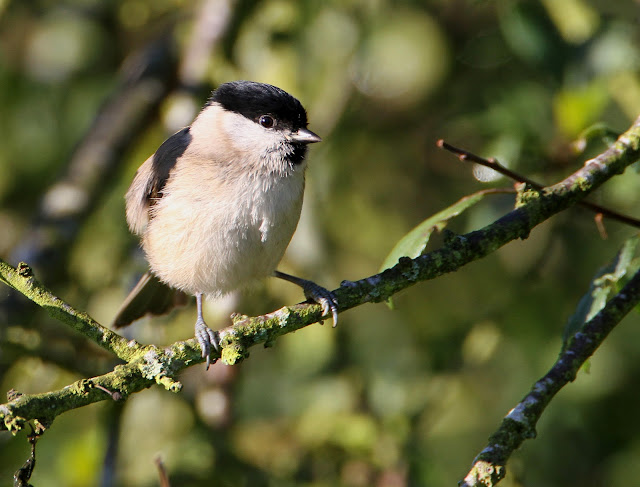 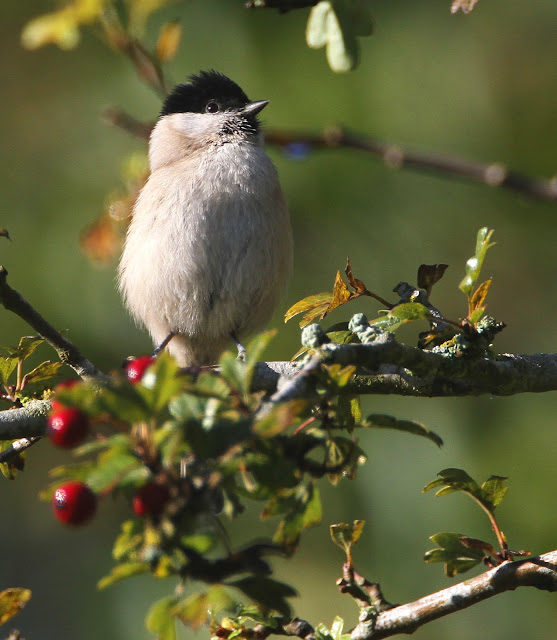 We moved on to the Willow Tit site and stopped in at Usk Reservoir on the way to check it out in the hope of a late passage Osprey,no such luck so we moved on the short drive to the Willow Tit site.
We pulled into Pont ar Wysg car park and walked the short distance to the conifer plantation which along it's edges and in open areas had plenty of Willow scrub.
I played the call several times on my iPhone but got no response,we walked the track back and fore where we suspected the birds were hanging out and picked up Blue,Great,LT and Coal Tit but still no sign of our target bird.
It was a glorious day although the light was too harsh for any decent photography and there were plenty of other birds about,Goldcrests flitted in the pines,a late passage Spotted Flycatcher didn't hang around,a Goshawk passed over and four Red Kites were seen.
Finally after a couple of hours we heard the distinct call of a Willow Tit and picked up what was a very mobile bird in the scrub at the side of the track. 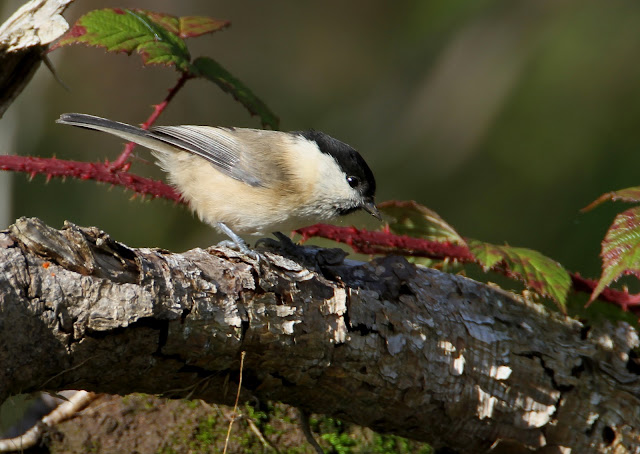 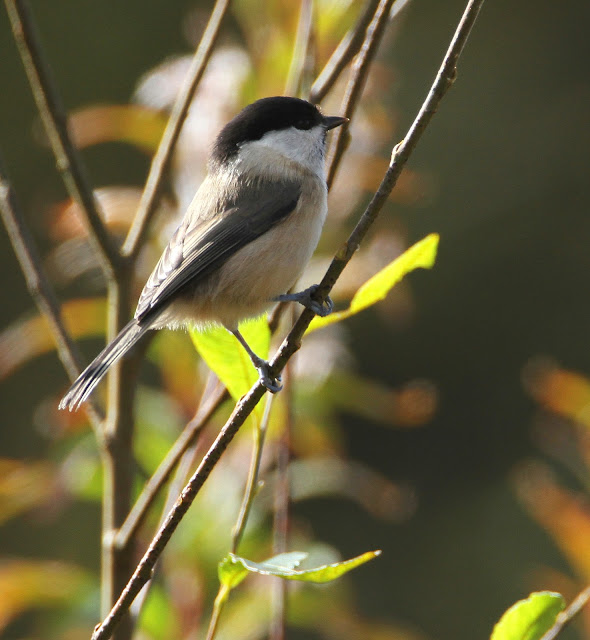 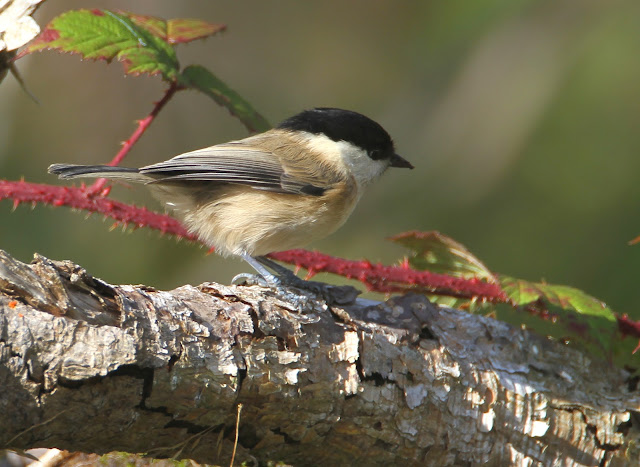 We bided our time and eventually managed to get a few shots in the harsh sunlight,there were at least three different birds present during our time at the site but they were all quite active and mobile.
We called it a day mid afternoon and Peter dropped me back at the caravan before heading for home.