Thought I'd get out this morning and attempt to photograph the Firecrest found on Friday near the sewage works.
My plan was to find it quickly and then move on to Sker and catch up with the recently arrived Glaucous Gull, how wrong can you get it !!
I parked up at Candleston car park and begrudgingly emptied my loose change into the pay and display machine and arrived just up from the bridge where the bird had been previously seen after a 10 minute walk through the dunes.
I scanned the brambles and the trees behind for a distance of about 100m up from the bridge having been told that the bird was quite mobile and elusive and after about 15 mins two other birders turned up who just happened to be Steve Hinton and Alun Hughes.
We split up and searched for a couple of hours before Alun had to leave and Steve eventually found the bird in trees about 300m up from the bridge and about 100m up from where I was searching.
To say that the bird was difficult to photograph would be an enormous understatement, it's continuous flitting between the shade and bright light made things really tricky.
We both managed a few shots before the bird disappeared and we decided to call it a day, I had arrived at Ogmore at 9.30am and now it was 2.30pm, where had the time gone ?
We had both put in a "good shift" but it was worth it to get some images even if they weren't quite up to the standard I had hoped for.
My plan of quickly getting the Firecrest and then moving on for the Glaucous Gull had gone up in smoke, hopefully the gull may hang around for a while and provide me with another chance.
Then again I may have another go for the Firecrest, us "toggers" are never satisfied !! 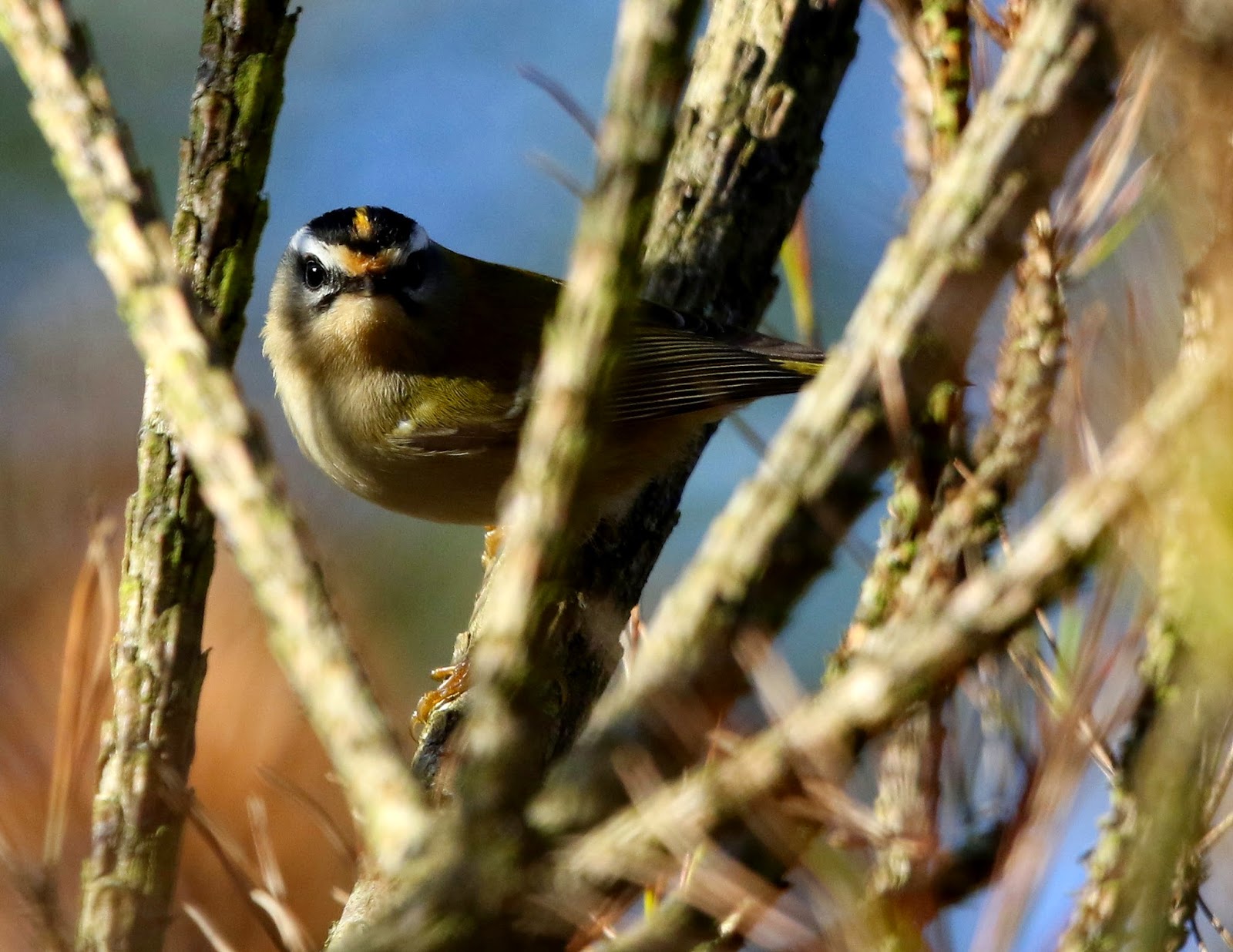 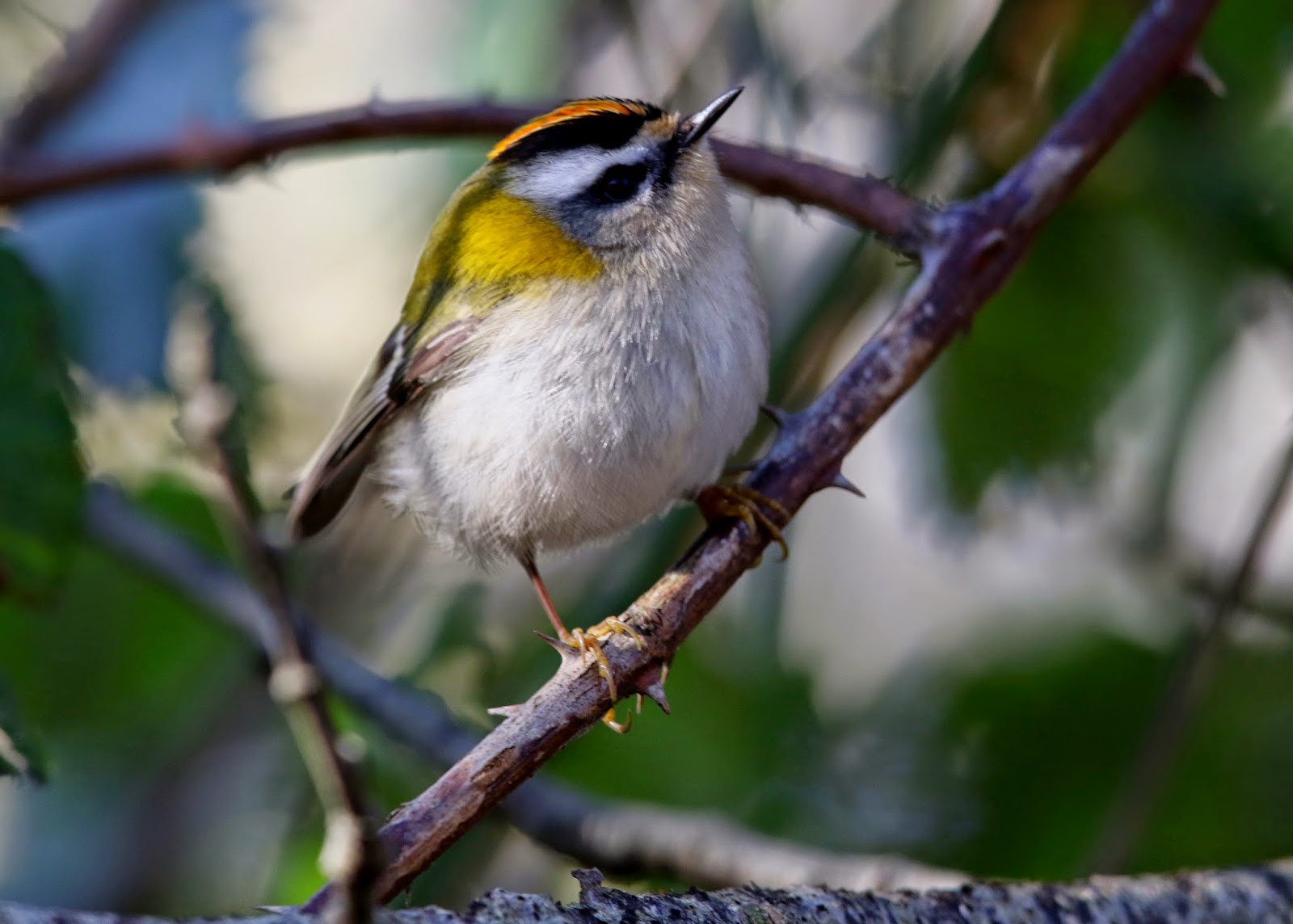 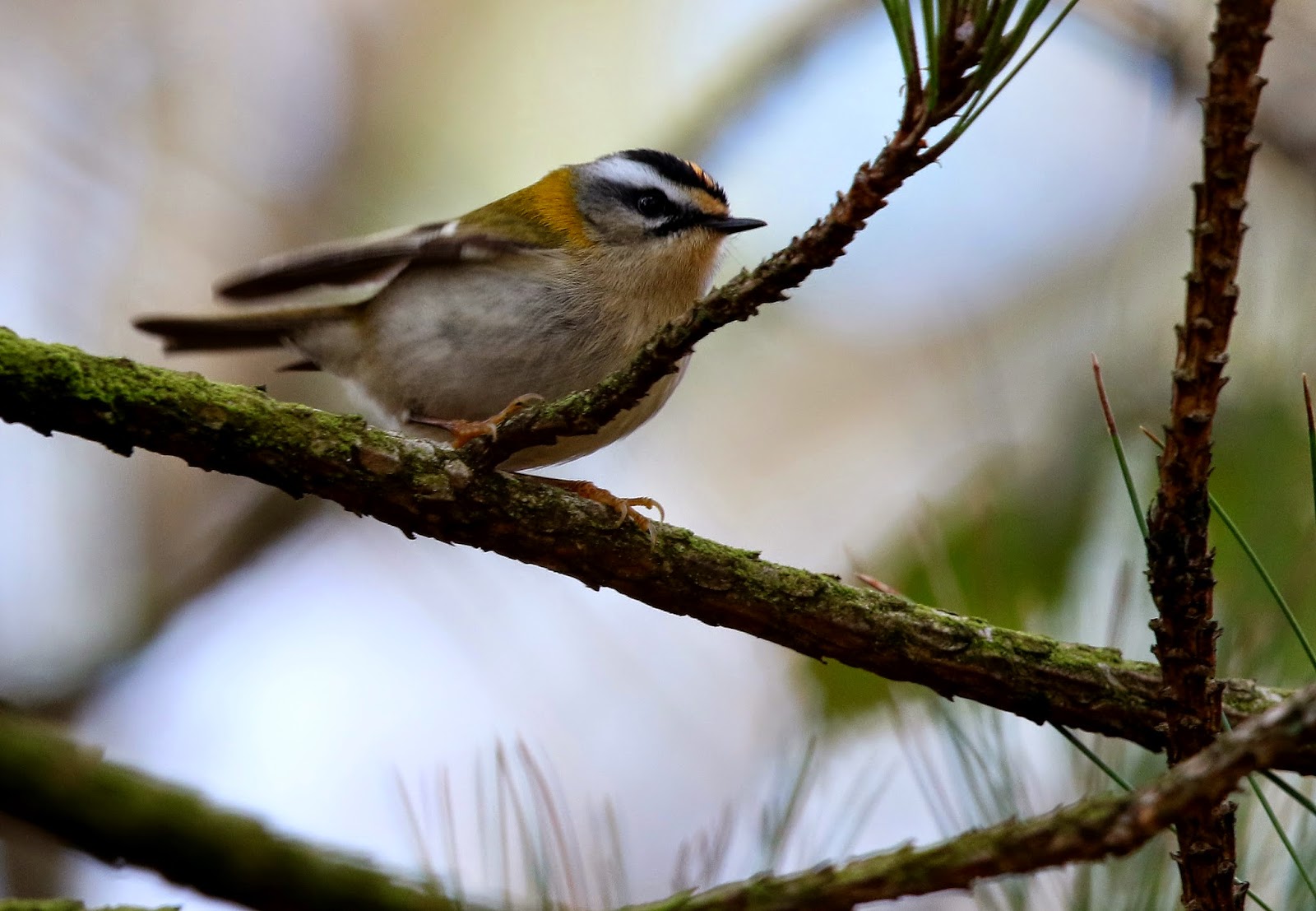 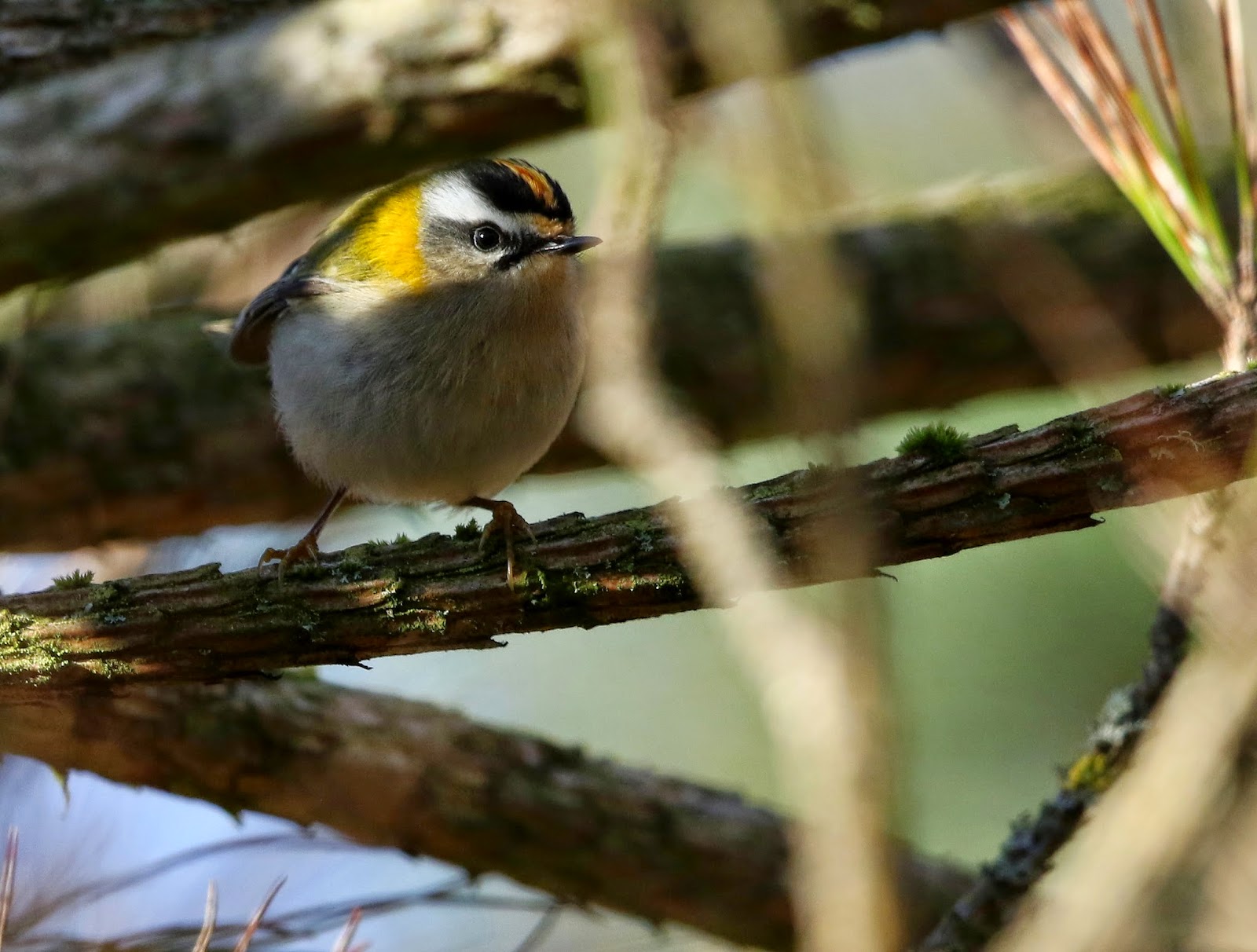 Myself and fellow "togger" Peter "Pedro" Morgan enjoyed a day out around Cardiff today starting off mid-morning at Fforest Ganol where we "dipped" on the Hawfinches (found shortly after by John Wilson), we then called in to Forest Farm where a female Kingfisher performed superbly for us.
We finished off the day at Cardiff Bay where the male Black Redstart showed well at Penarth Marina and then moved on to the barrage where we were lucky to find the Great Northern Diver which also showed well before moving out further into the bay..... 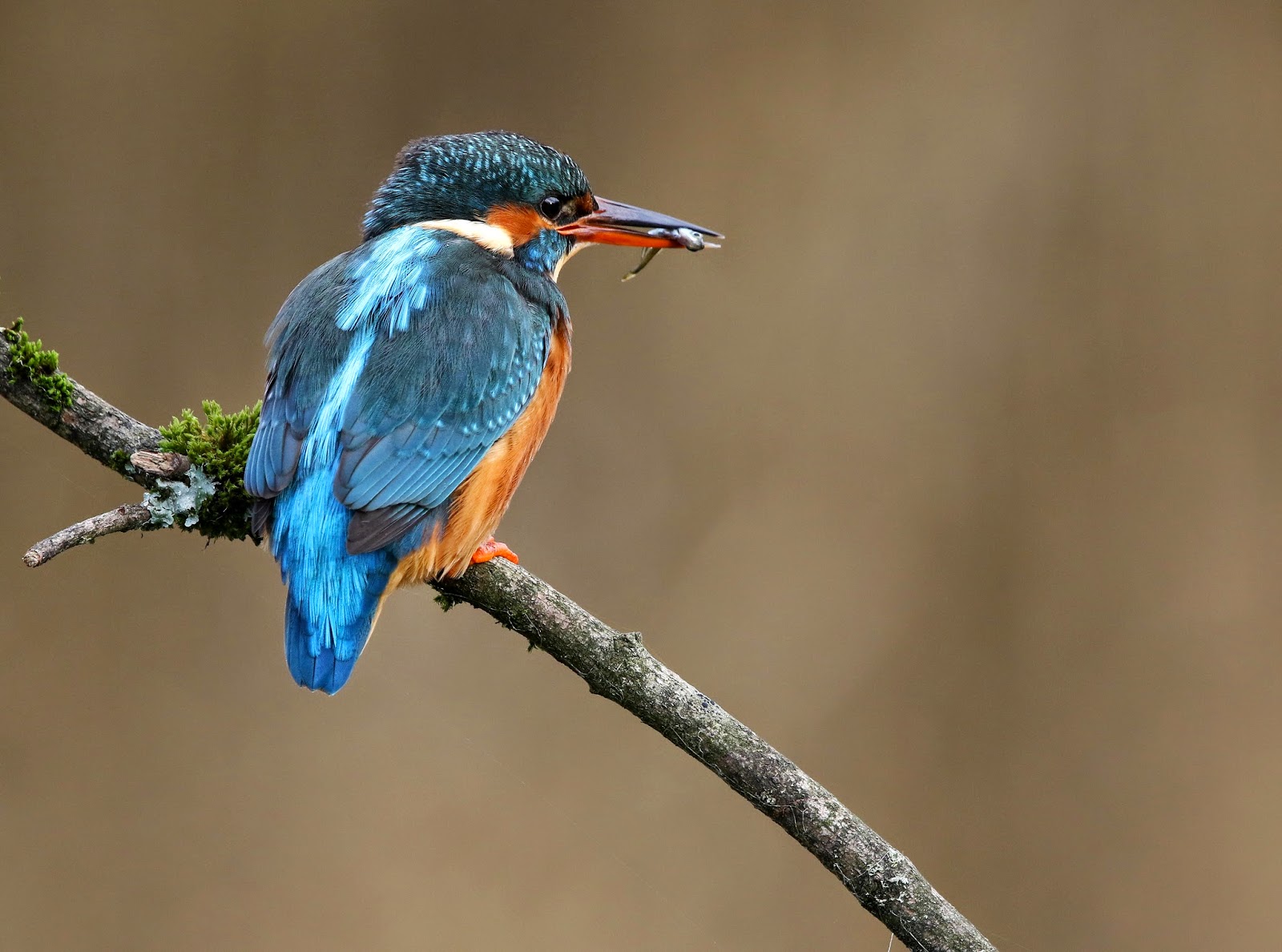 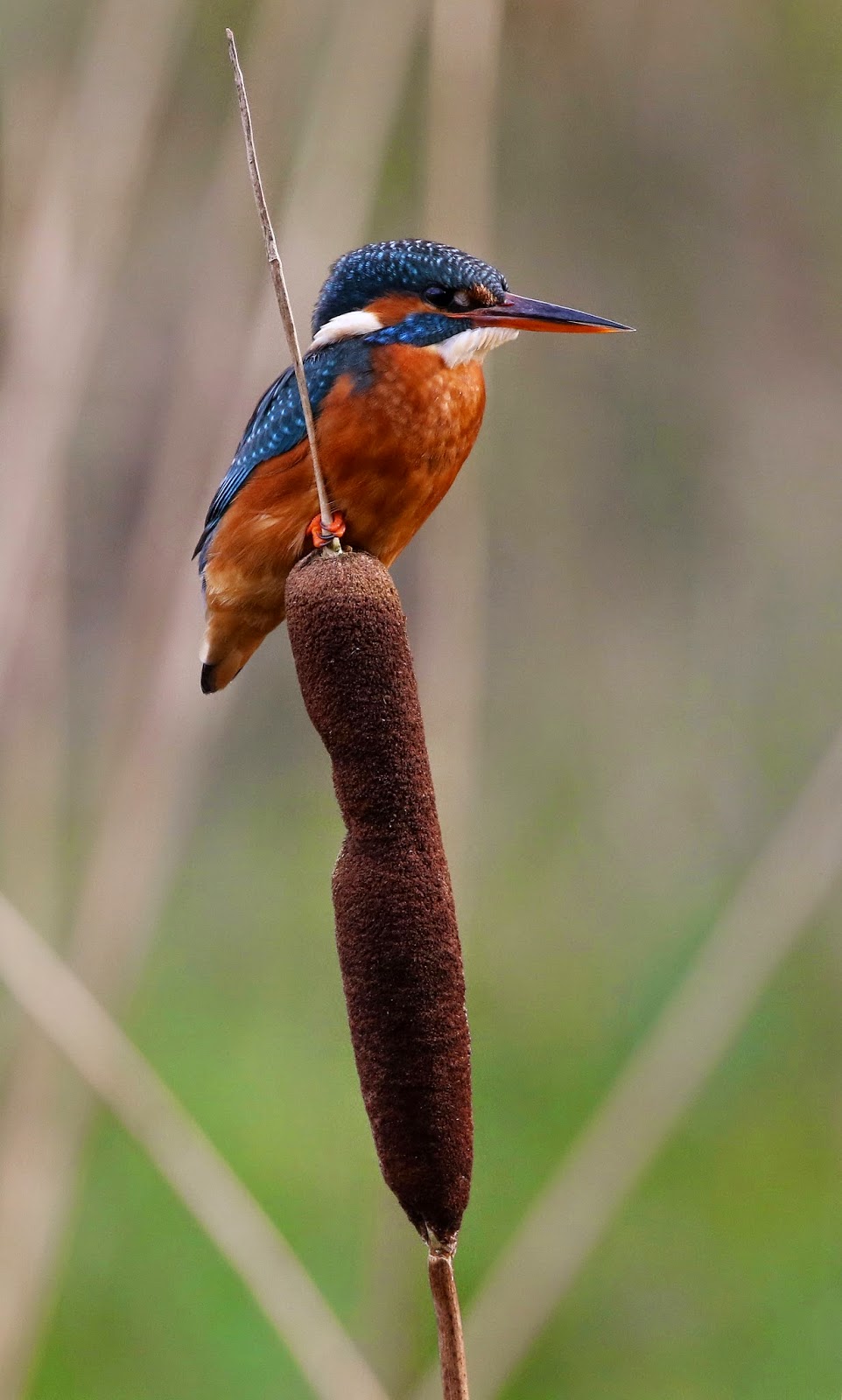 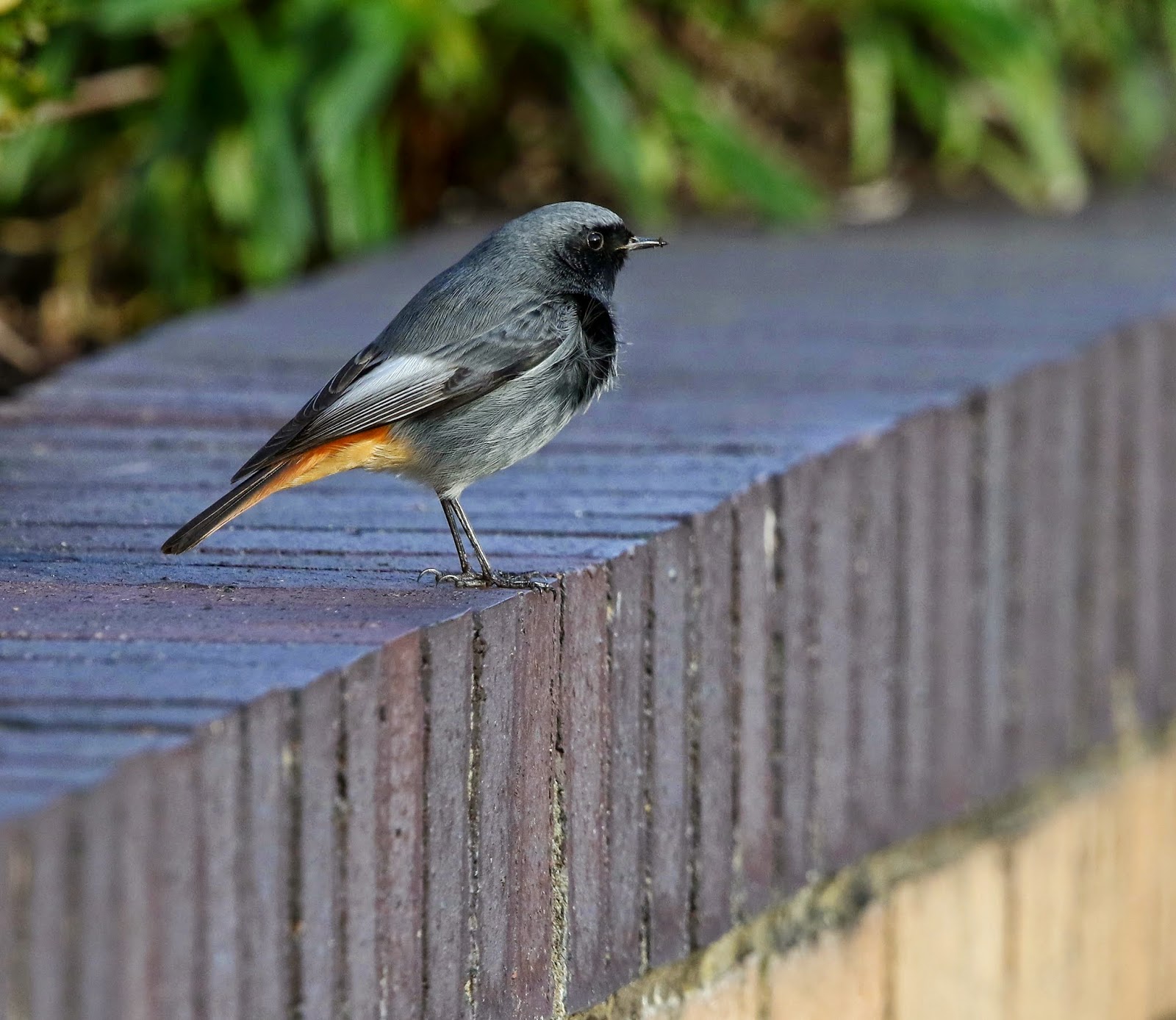 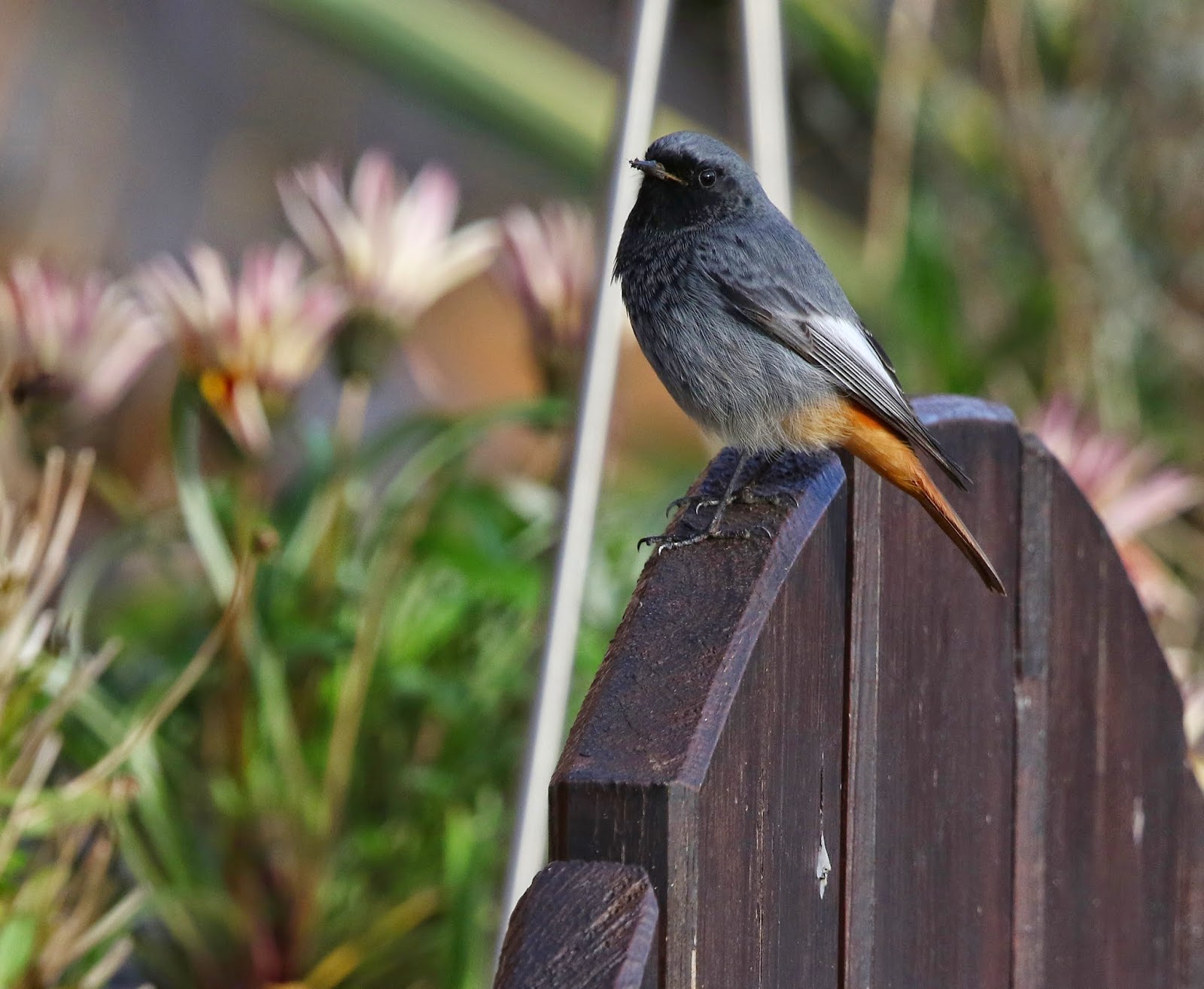 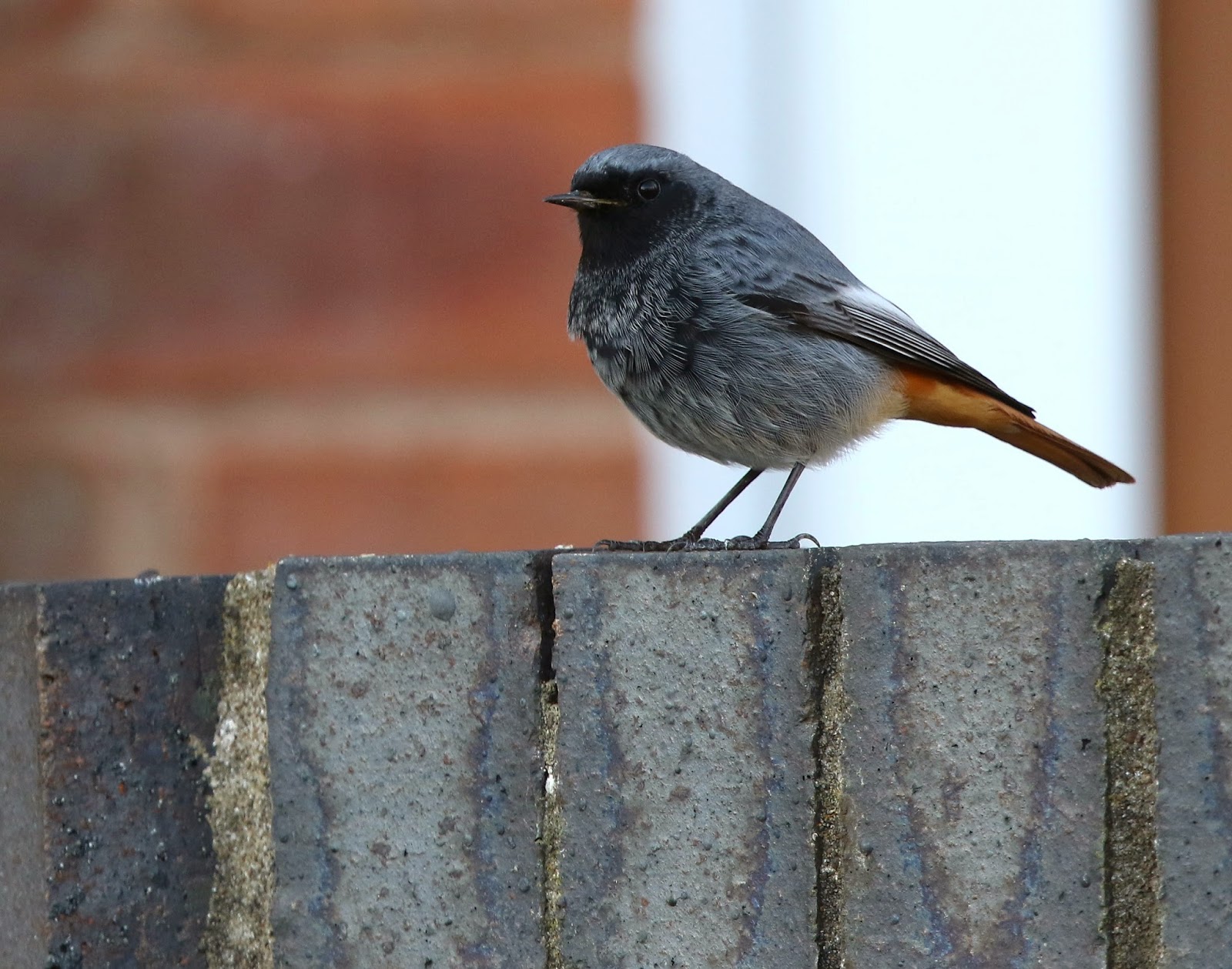 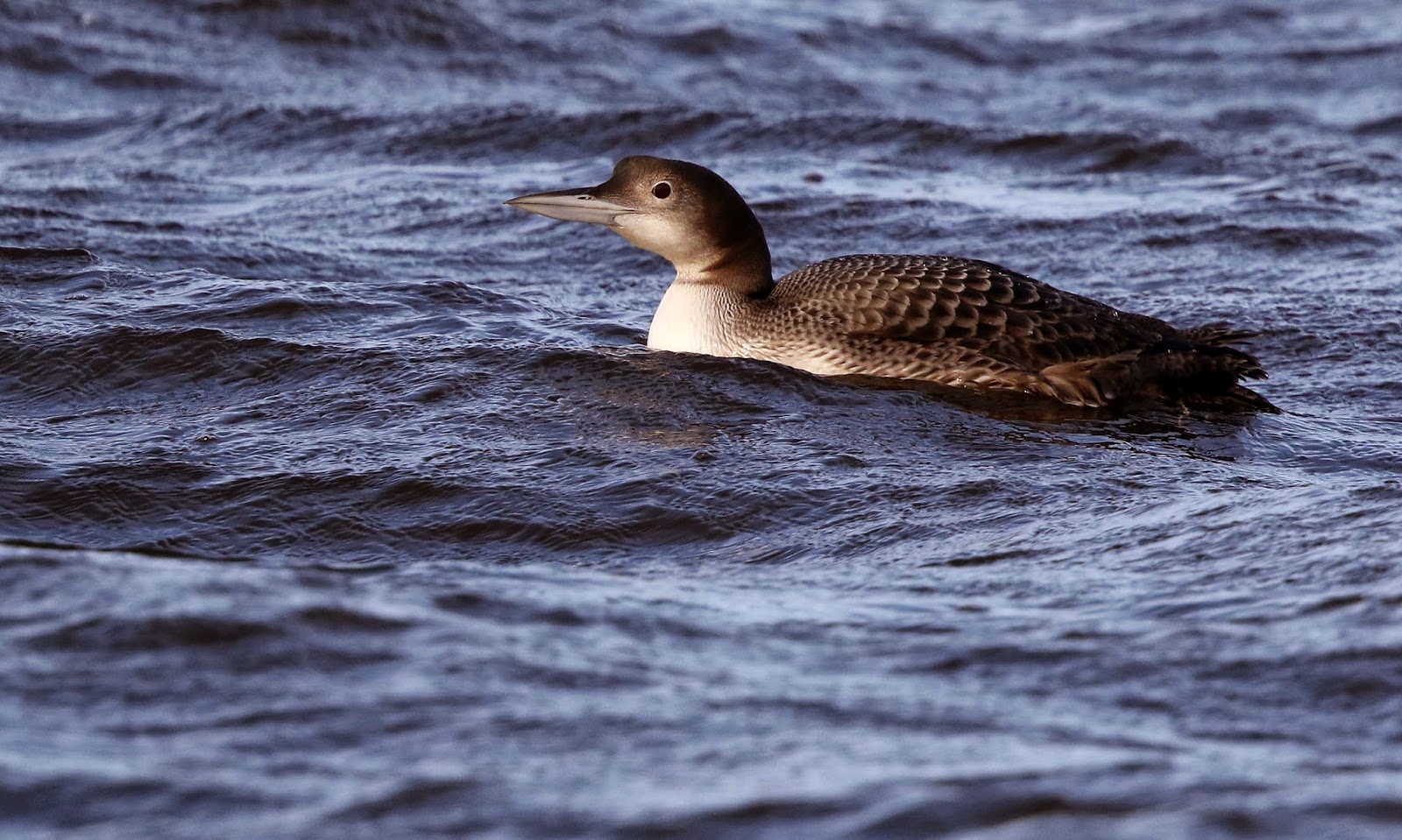 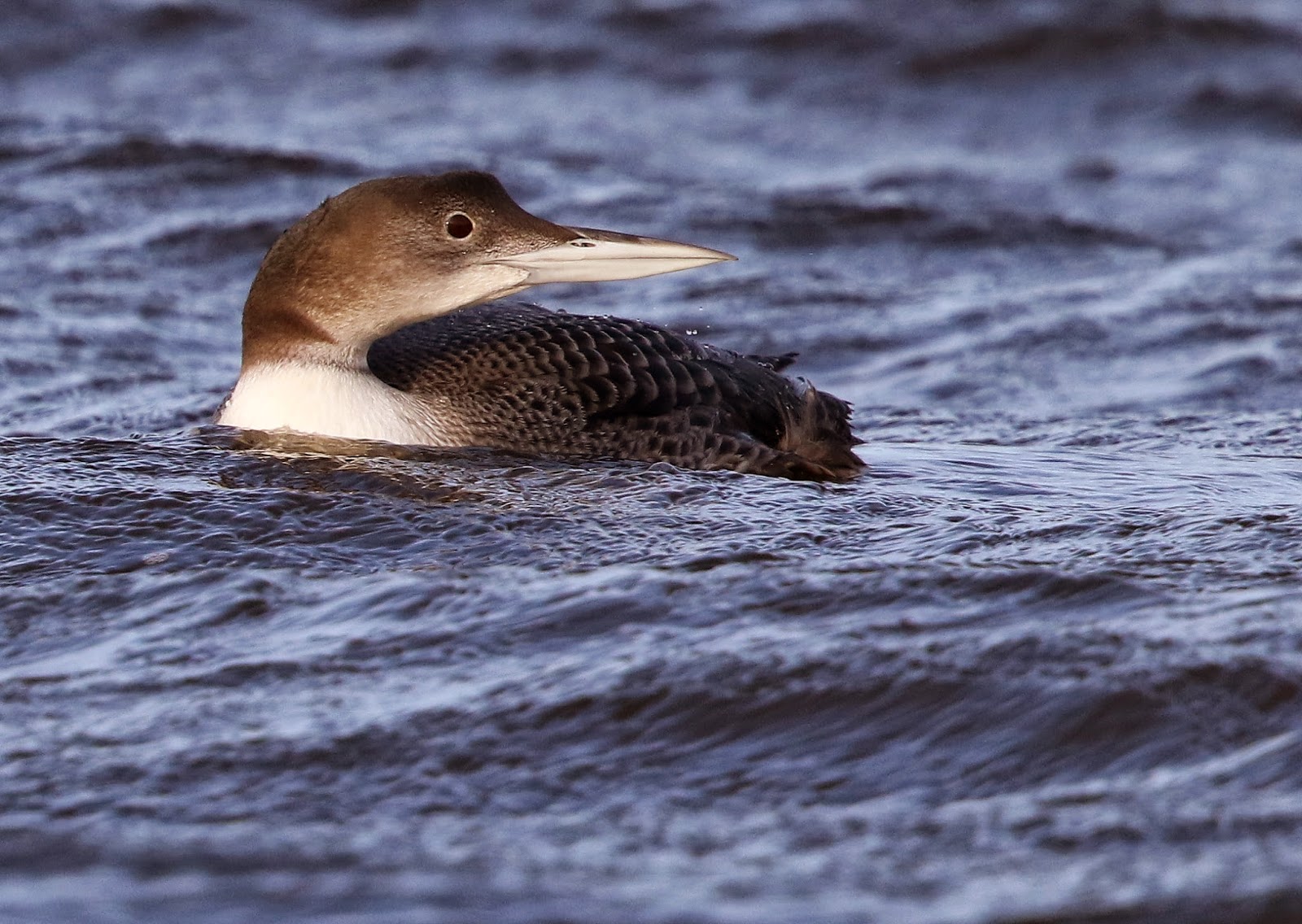 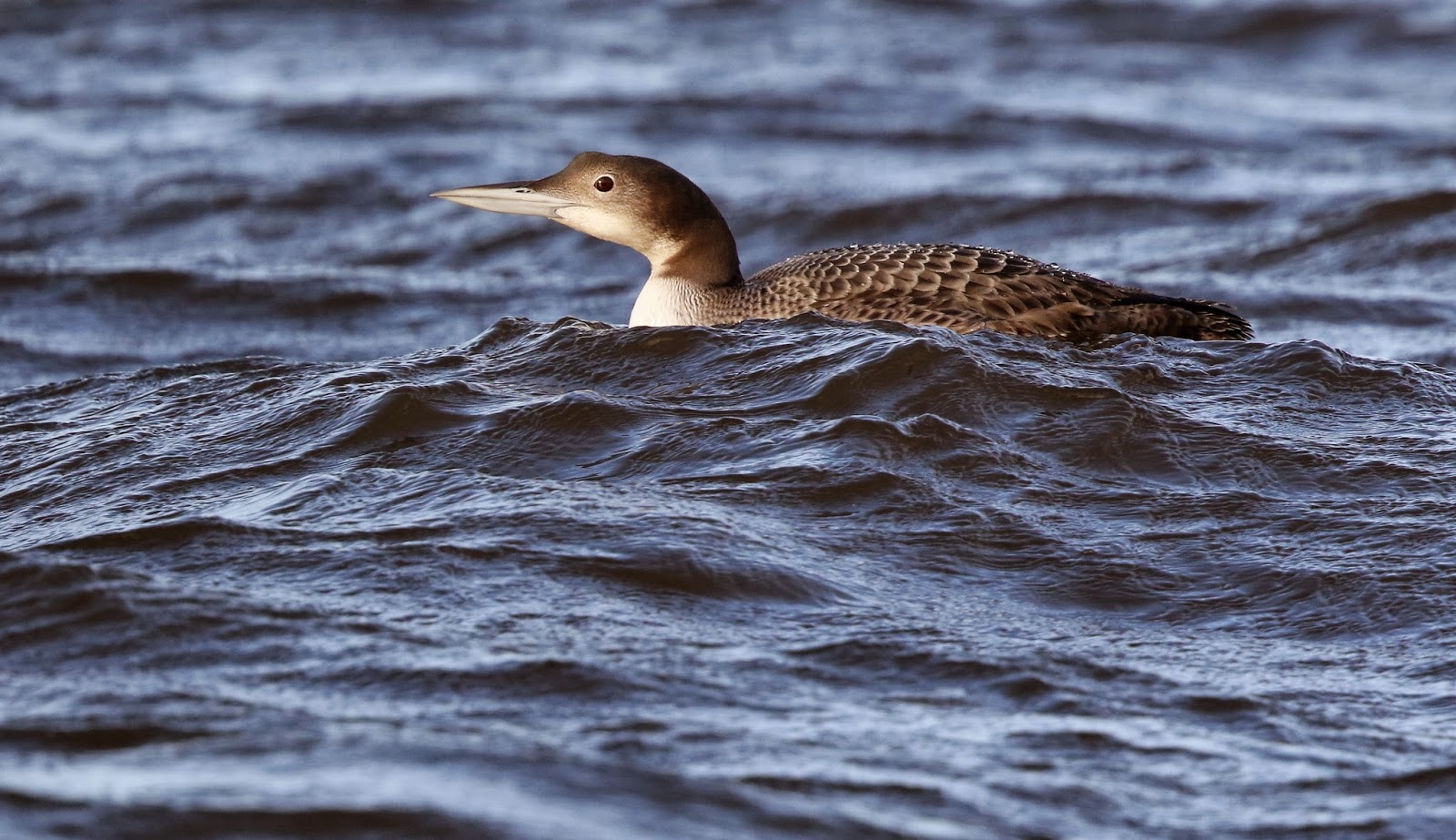 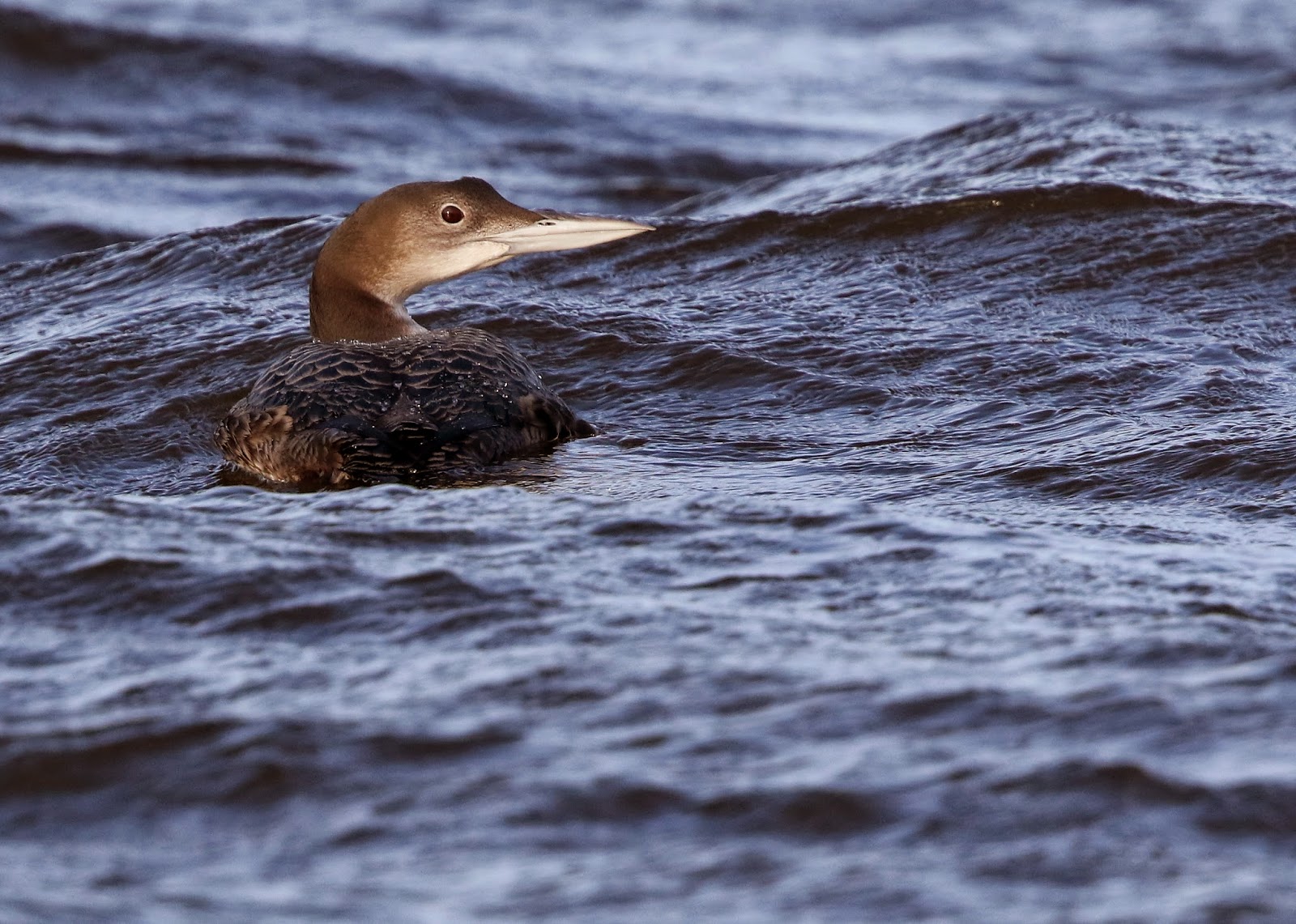 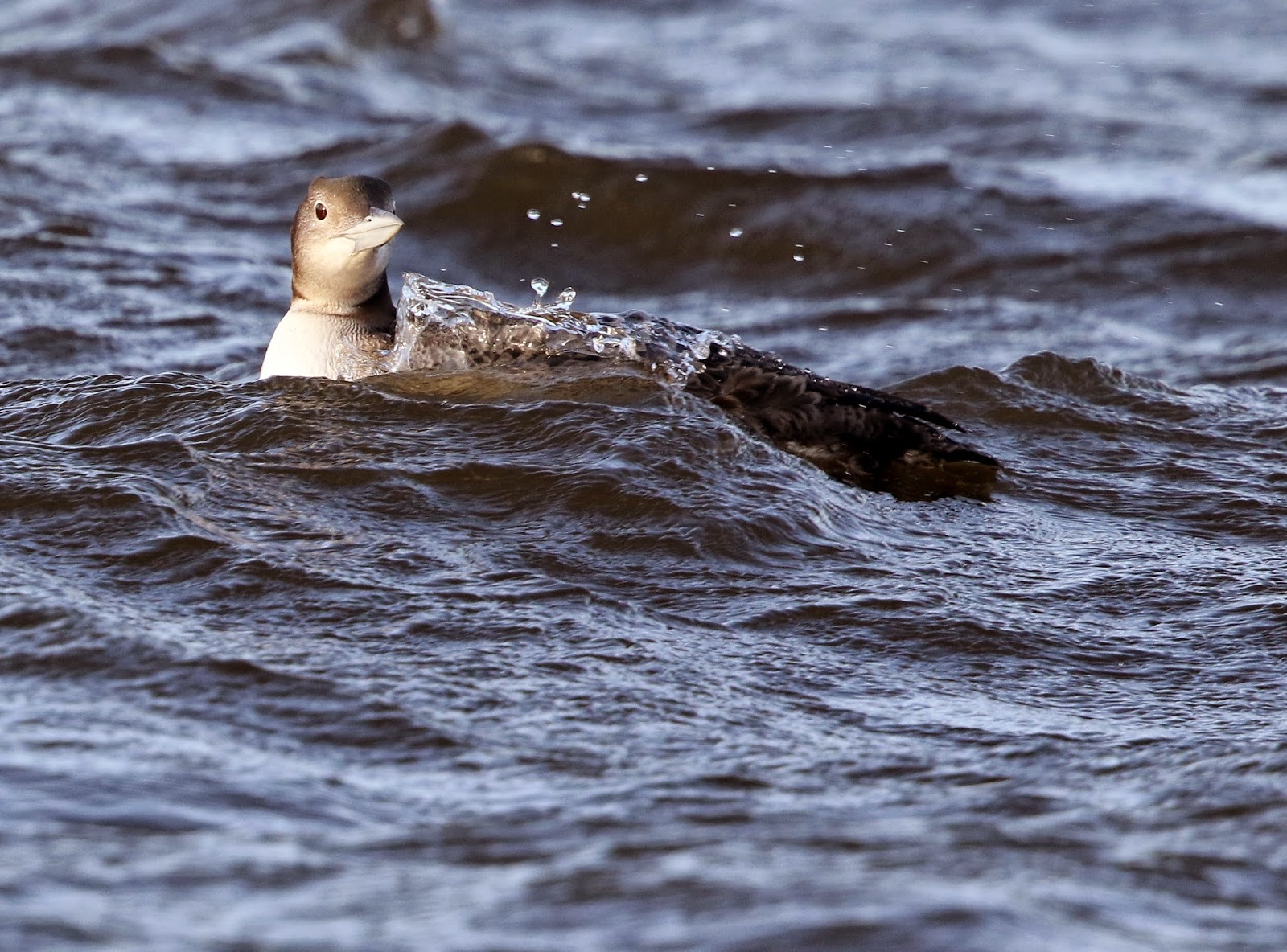 Return visit to Gloucestershire (what a day !!)

Having enjoyed our previous visit to Hawling for the Short-eared Owls myself and fellow "togger" Richard "Smudger" Smith decided to make a return visit yesterday with the weather bright and sunny.
We should have been joined by Cliff Woodhead but he phoned me early advising that he was still not feeling too good, what a day he missed !!
We left Richard's at 9.30am and rocked up at Pittville Park in Cheltenham at about 11.00am hoping to catch up with the male Dartford Warbler which has made the place it's home with a pair of Stonechats in an area of setaside in recent weeks.
There were already about a dozen "toggers"/birders there and we joined them to get some reasonable views of the bird and I was quite pleased with some of the images that I came away with......... 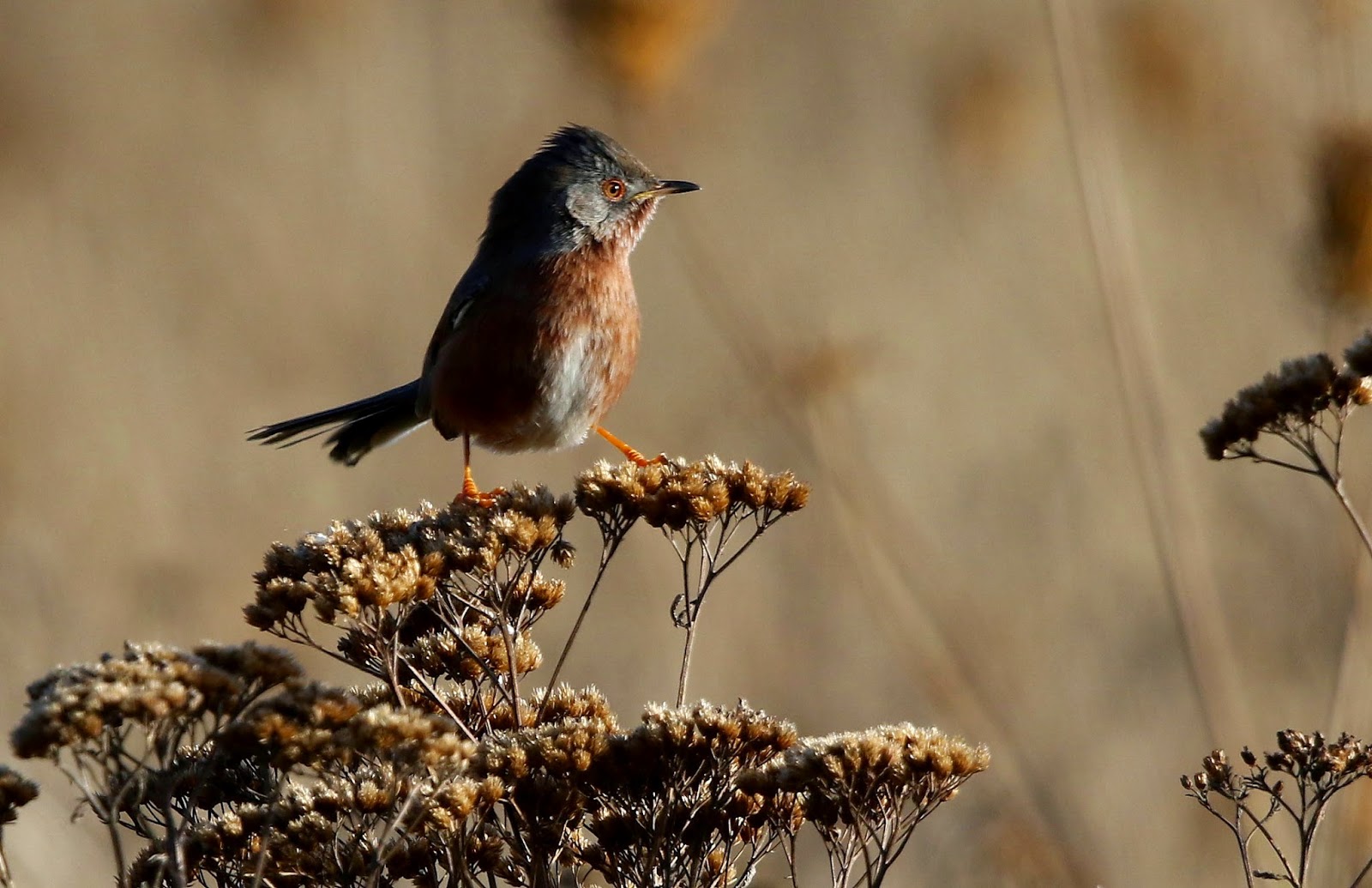 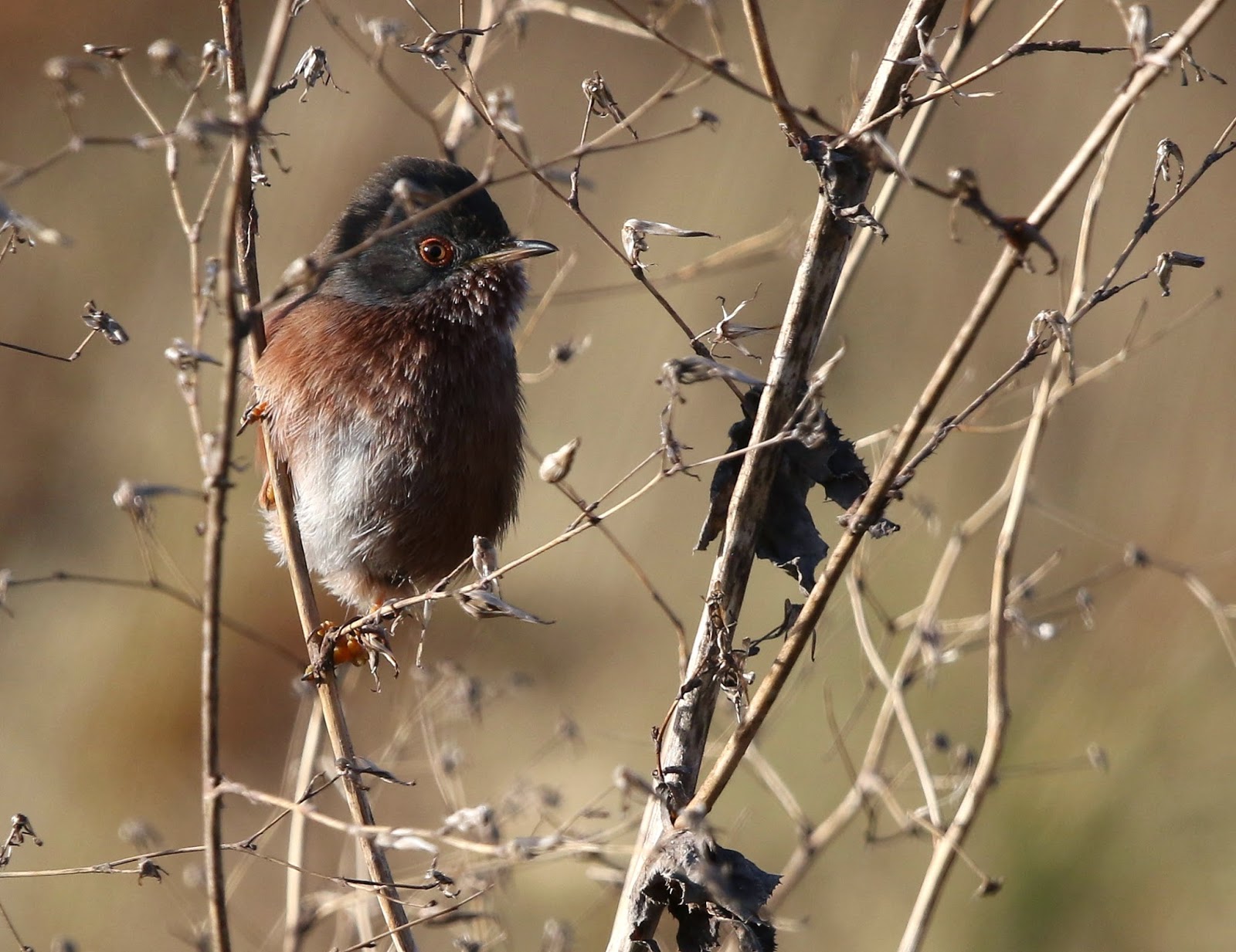 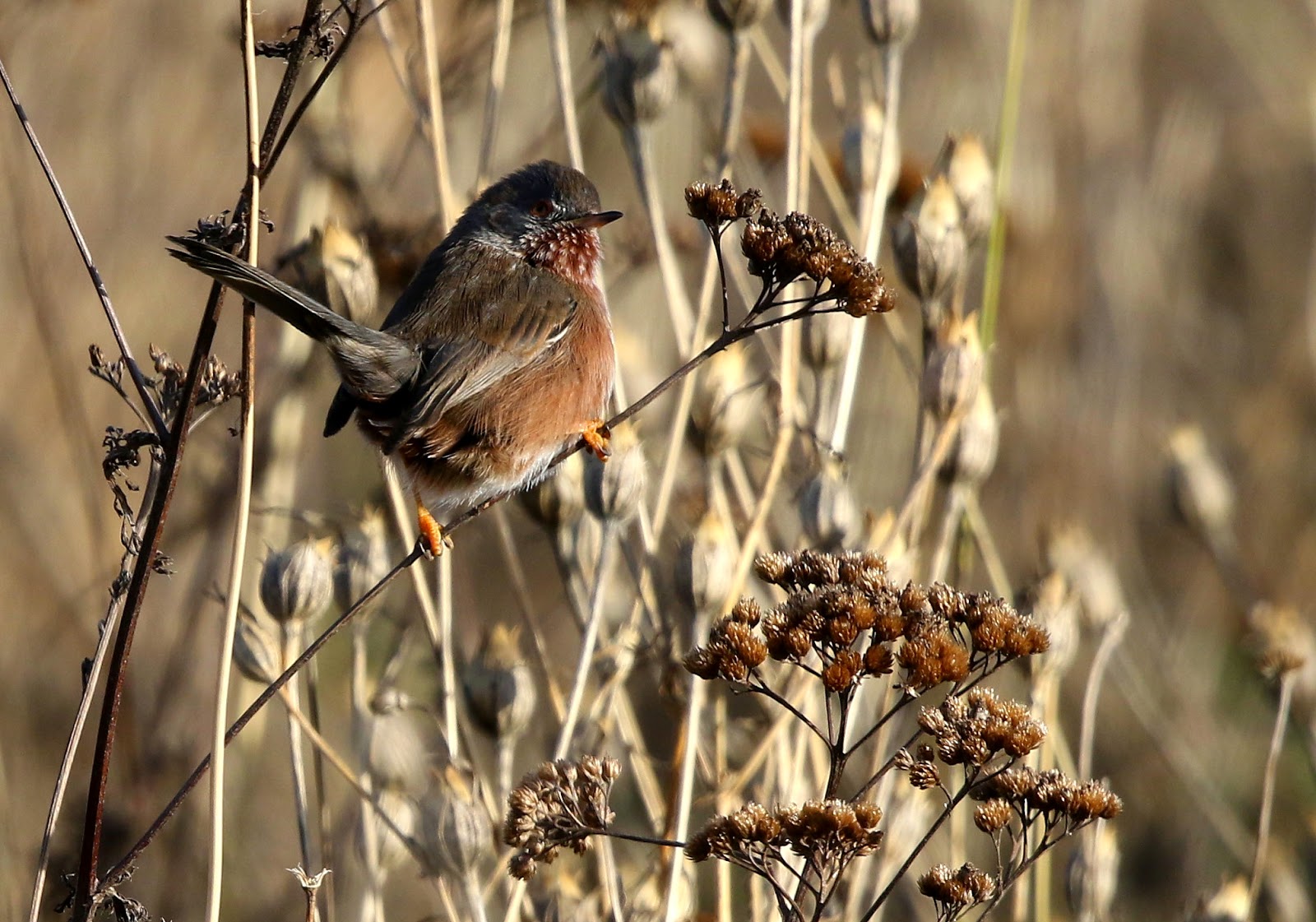 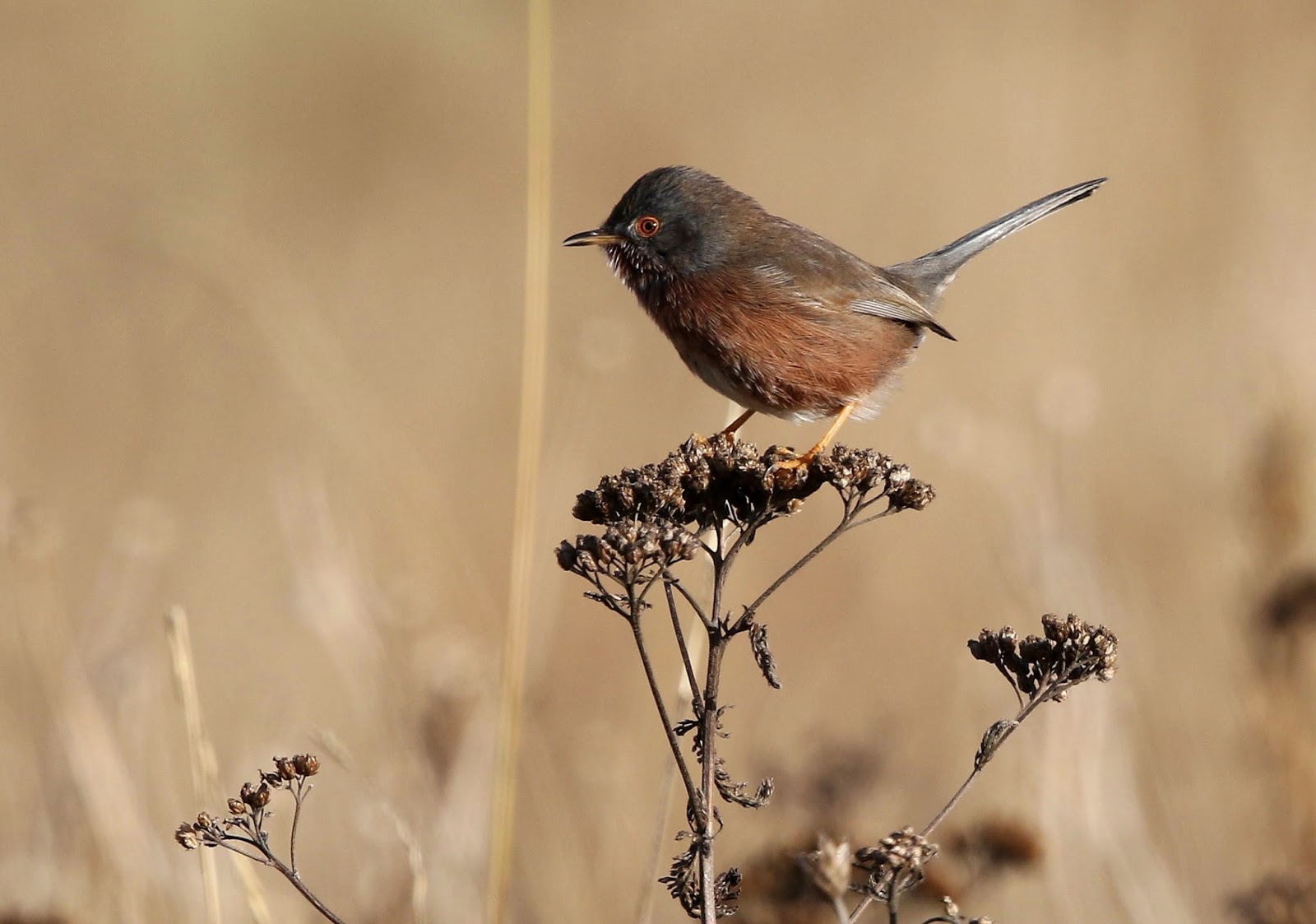 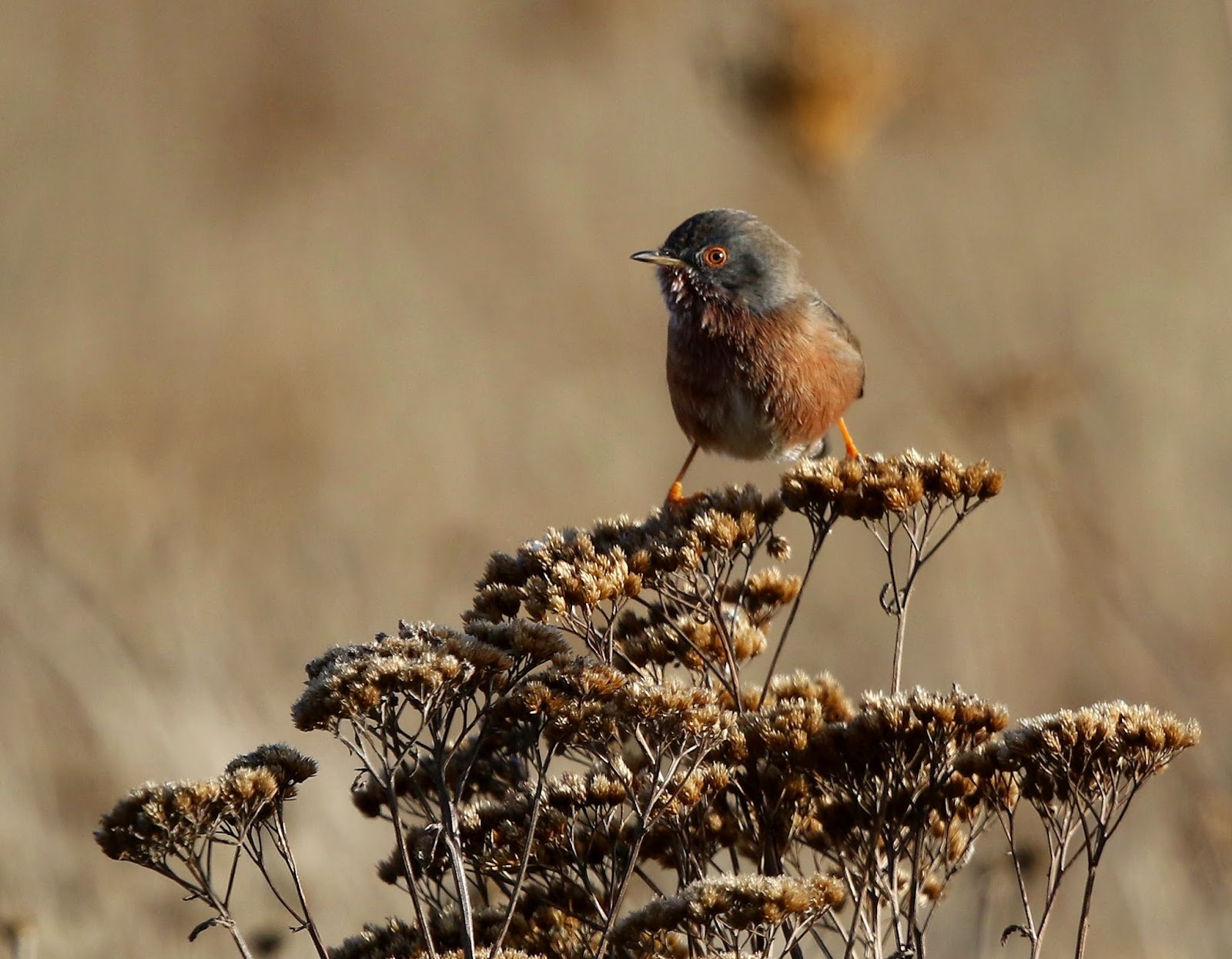 It was surprising how much time we had to put in to get clear views of this handsome bird as focusing was a nightmare with all the wispy weeds and grasses blowing in the breeze and a couple of hours passed very quickly.
We left Cheltenham at about 1.30pm heading for Hawling which was only about 10 miles away which saw us rock up there at just before 2.00pm.
We enjoyed a late picnic lunch and no sooner had we finished when one of the resident Barn Owls started hunting at the far end of the two setaside fields near the copse.
We headed that way but had no luck with any meaningful photos and returned to our favoured watching spot where just one "Shortie" started to hunt but was always distant.
After a while an owl appeared on the drystone walls between the two fields which was the Barn Owl which had shown earlier, it took off and flew straight in front of us enabling both Richard and myself to get some pleasing shots........ 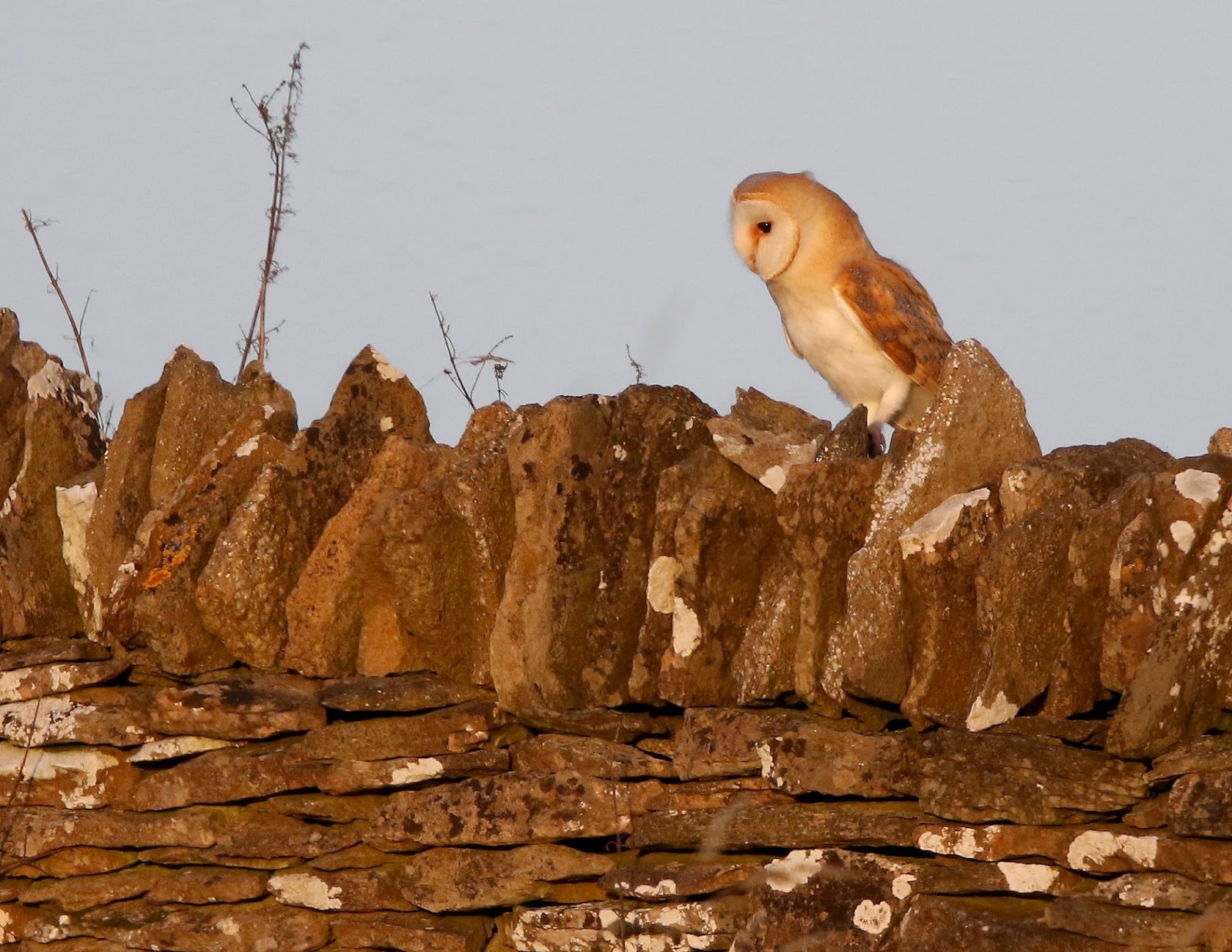 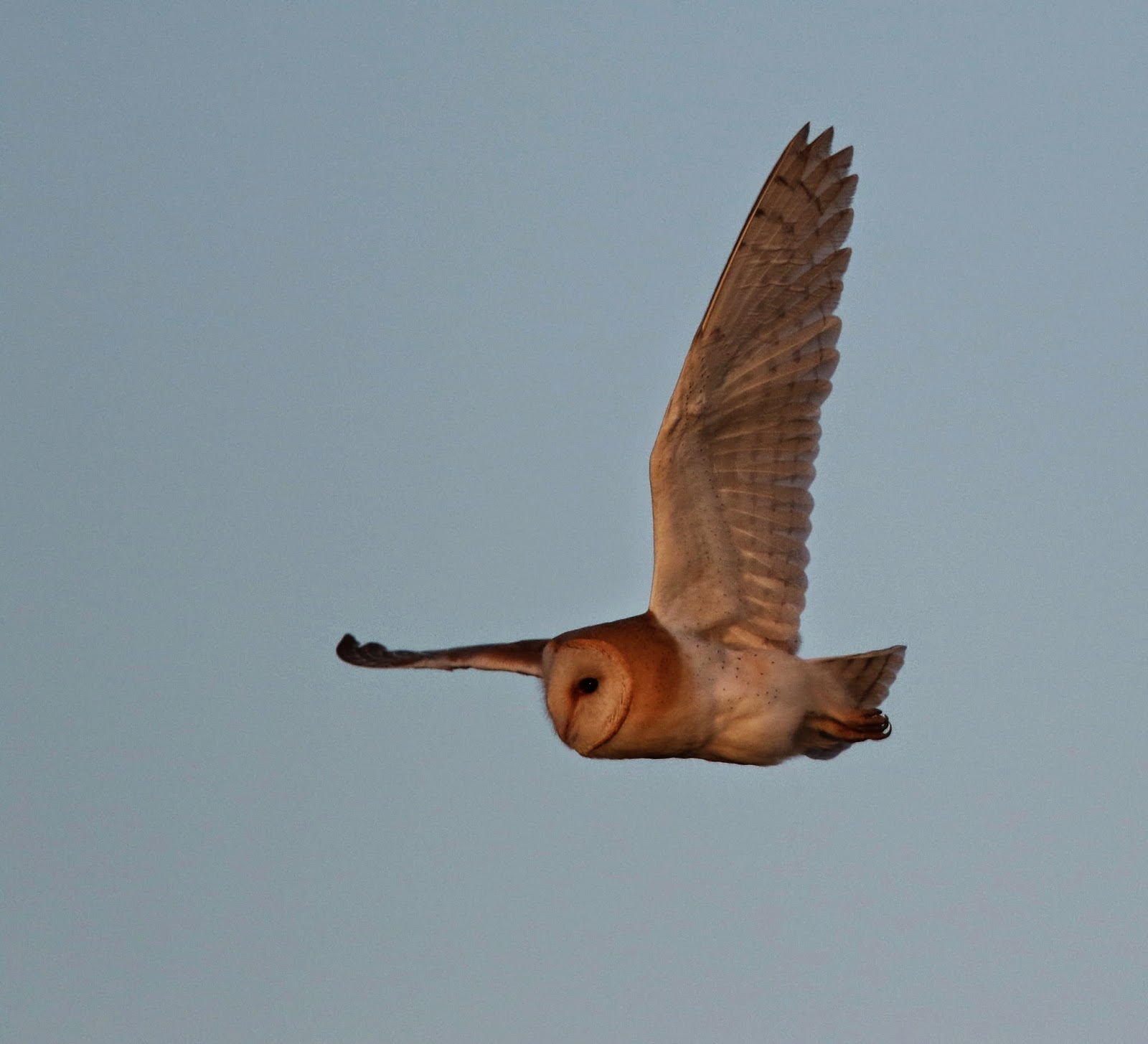 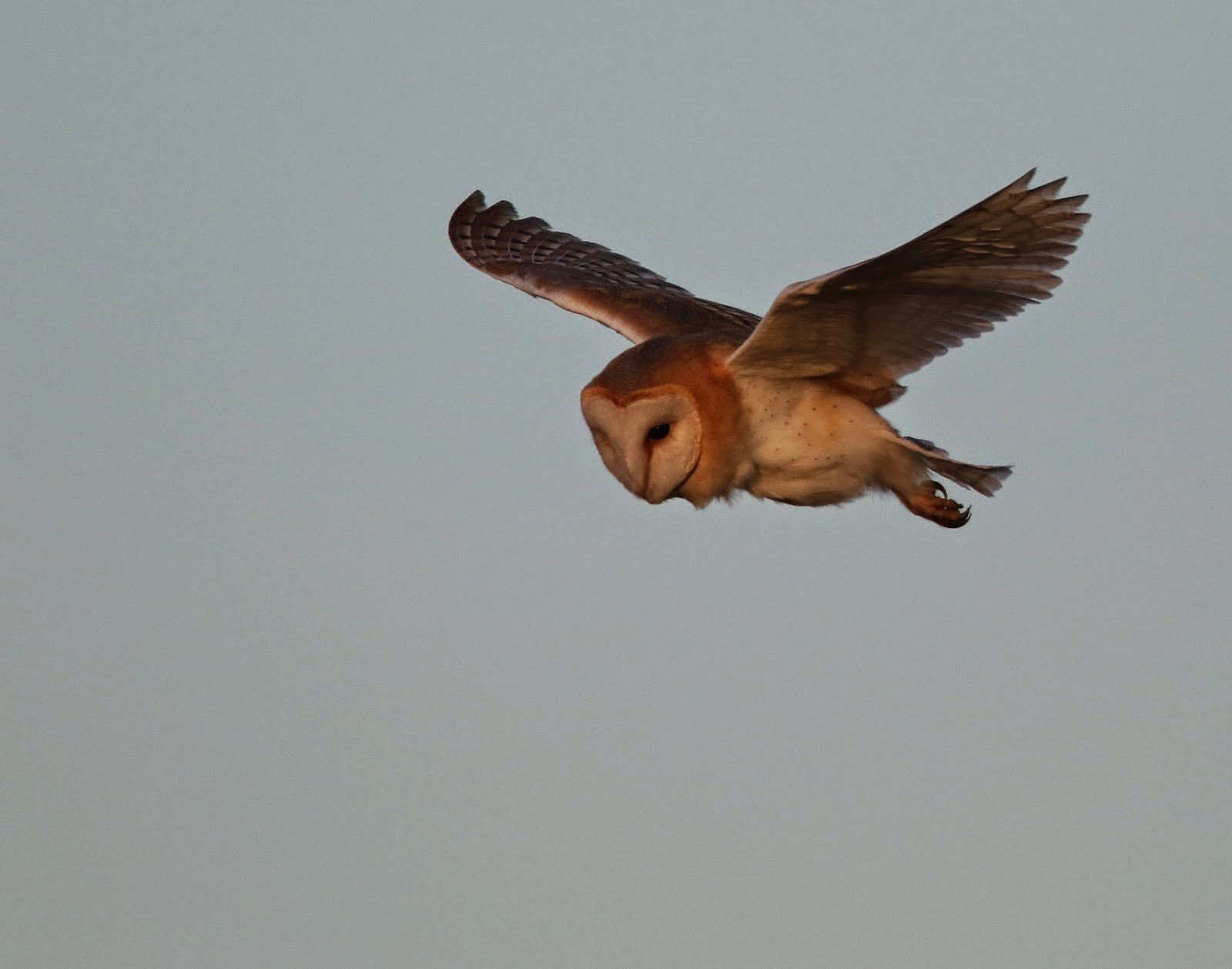 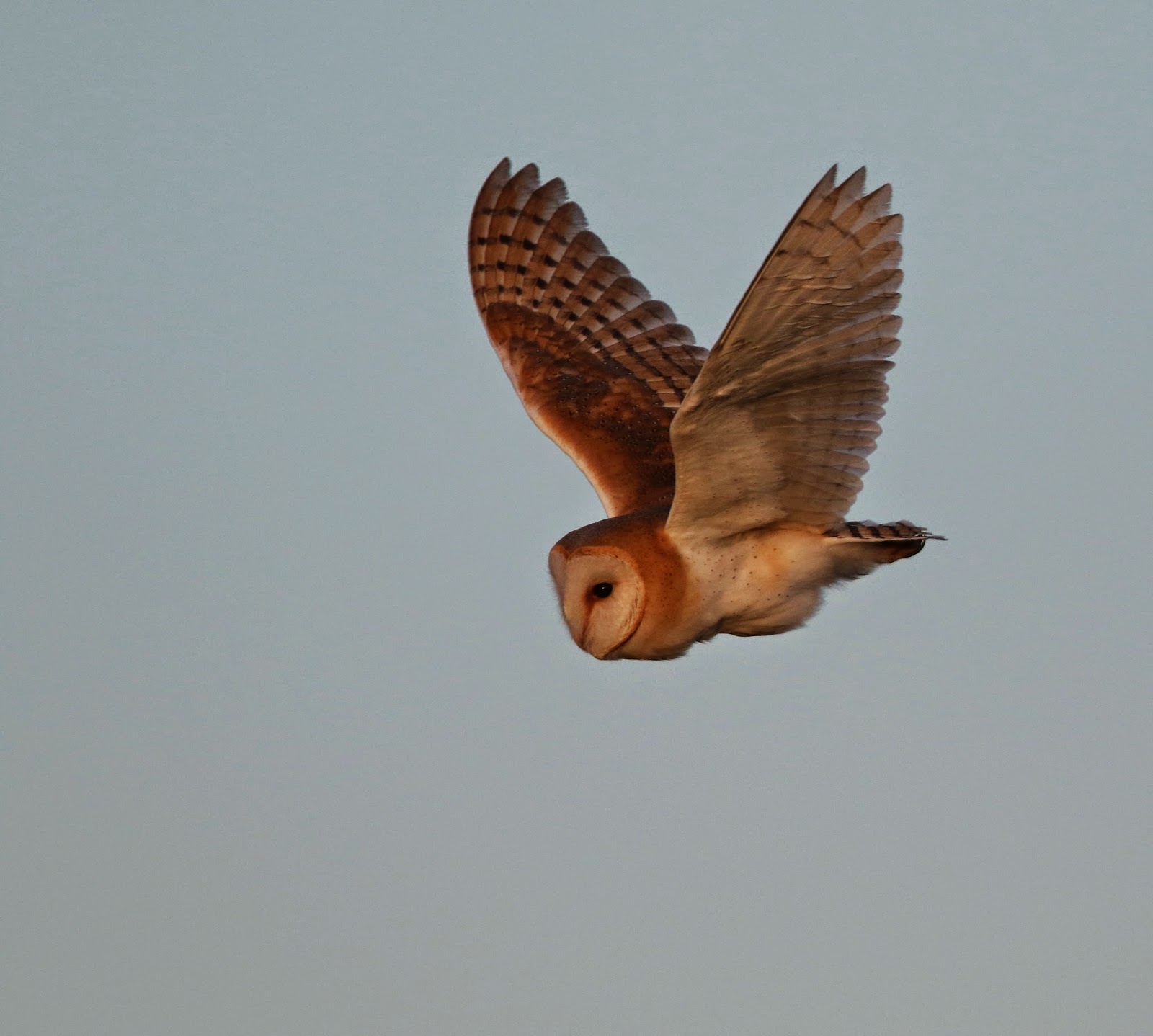 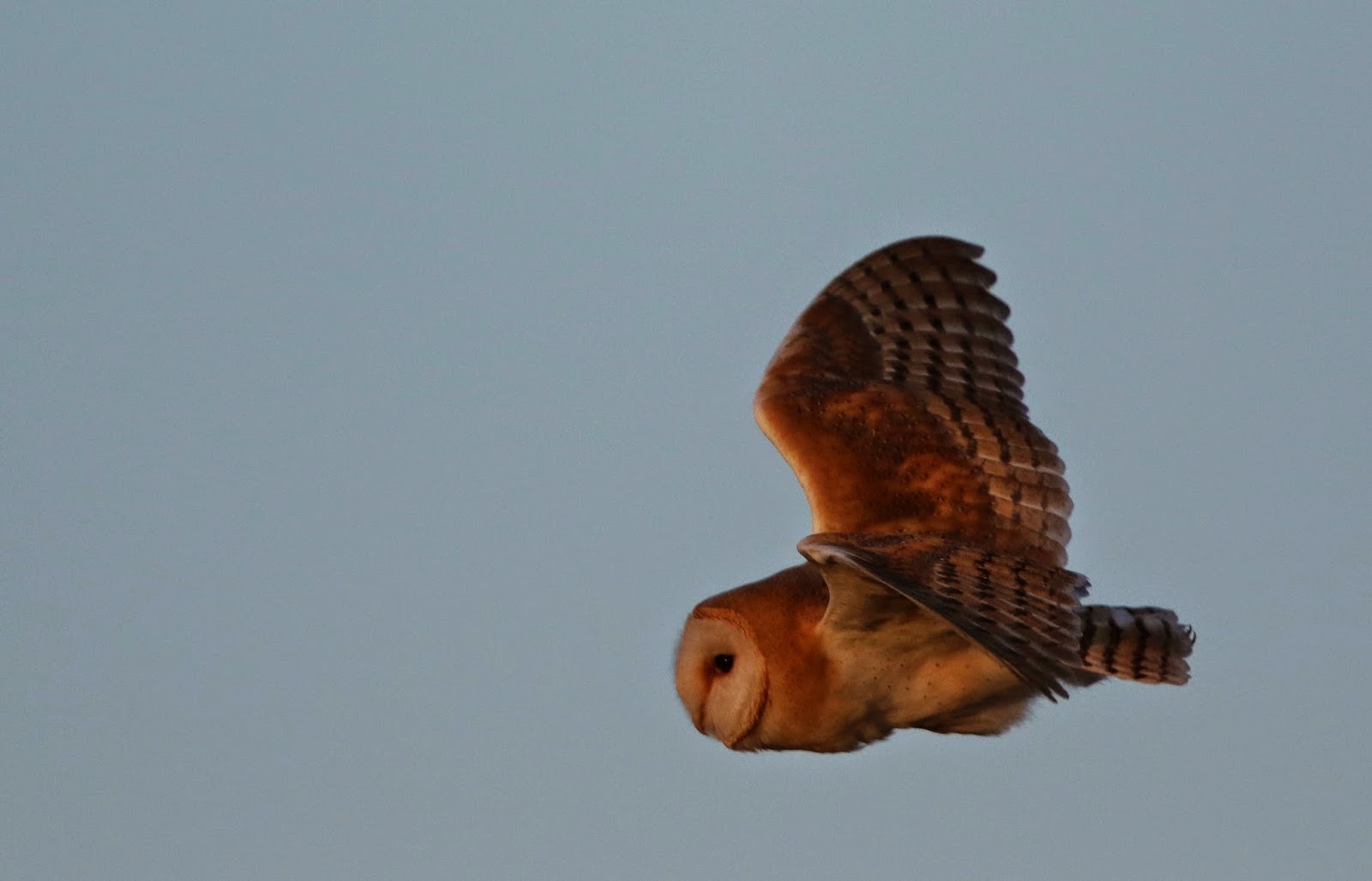 Because of the stiff breeze the "Shorties" did not show as they had done on our previous visit but just as we were packing our gear away after the light had gone at 4.00pm four birds came out to hunt, it was too late then for any photography but we enjoyed superb close views as did a passing mountain biker who although loacal didn't know about the owls and borrowing my bins for 5 minutes was absolutely "blown away" by the sight, "must come back with my young son to see these" was his parting remark, says it all really !!
What a crackin' day out.
Posted by Jeff at 1/03/2015 07:16:00 pm No comments: Links to this post