Having not done much in the last six weeks or so I decided yesterday to pay my first visit to Hawfinch HQ at Fforest Ganol, Cardiff.
The local population has been supplemented by the national influx and a ringing project being undertaken by NRW where regular seeding has taken place has resulted in ground feeding birds whereas normally the birds tend to stay high in the canopy.
The feeding area has become a 'goldmine' for 'toggers' and birders and I must be one of the last photographers to have made a visit.
I arrived at about 07.30 and good numbers of Hawfinch were already feeding along with equal numbers of wintering Bramblings and our more common woodland residents. 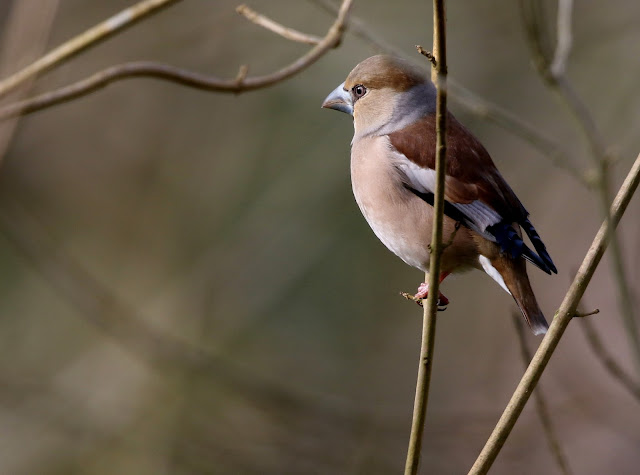 The protocol at the site is to photograph from the comfort of the your car so as to not disturb the birds and although the feeding area is right at the limit of my lens I came away with some images that I was reasonably pleased with......... 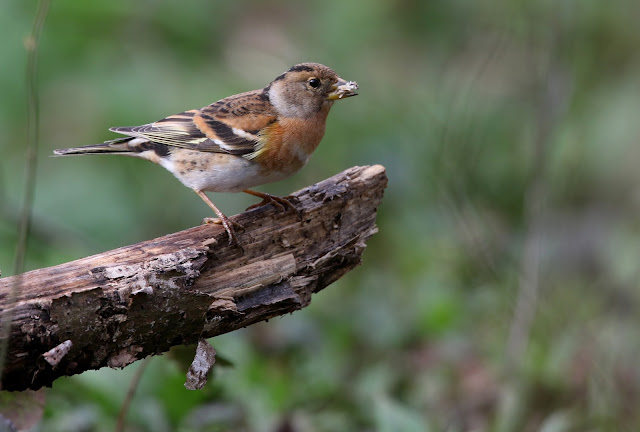 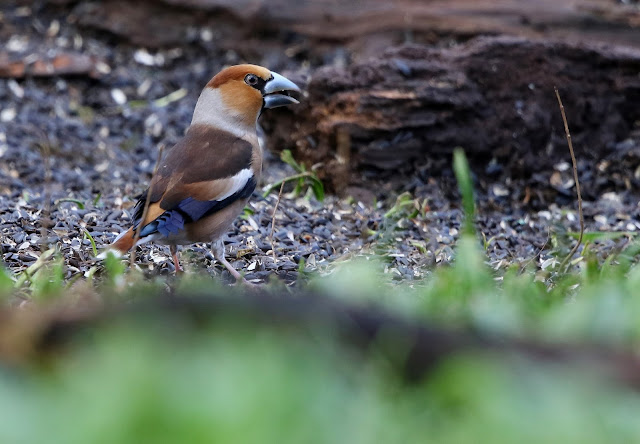 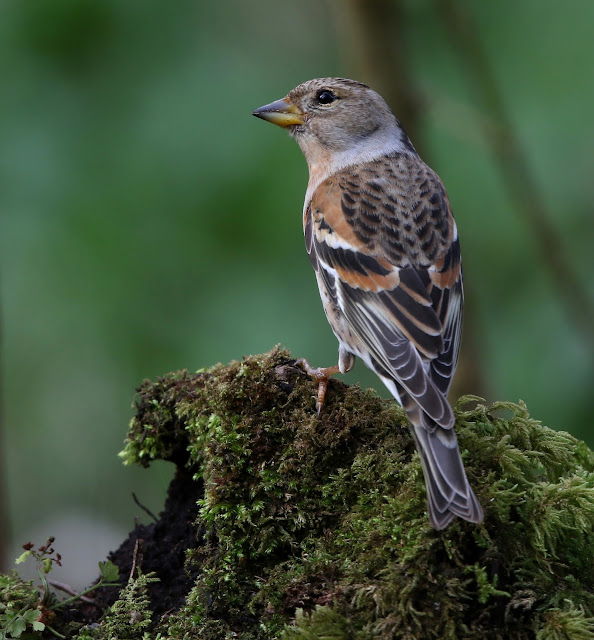 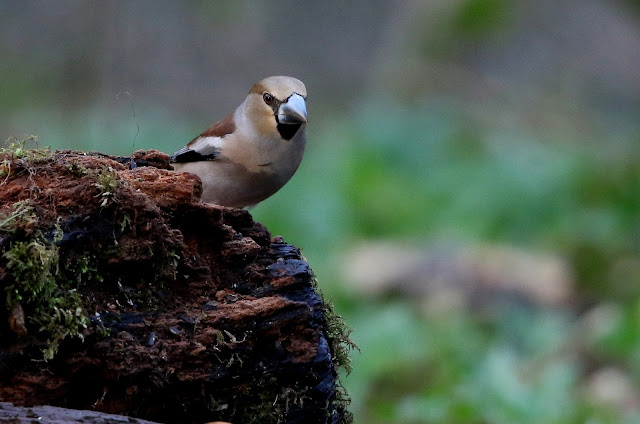 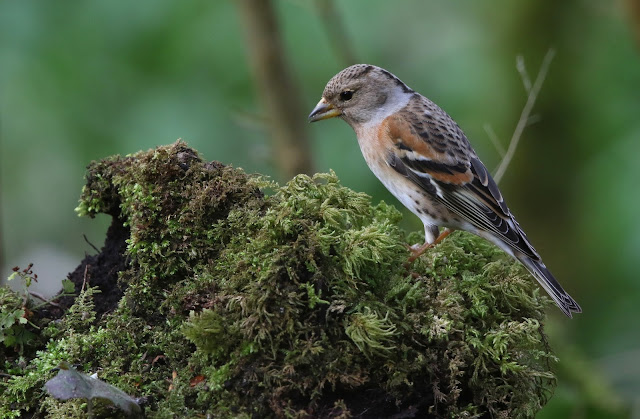 Fellow 'togger' Colin Harvey arrived about 20 mins after myself and shared in the 'finch fest' as did Tim Hall who also showed up, jumped into the passenger seat of my car and chatted for an hour or two as we both enjoyed the birds, we even had a Brambling singing !! 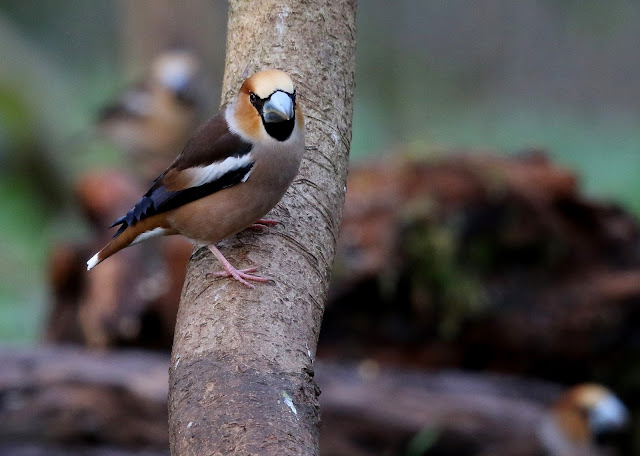 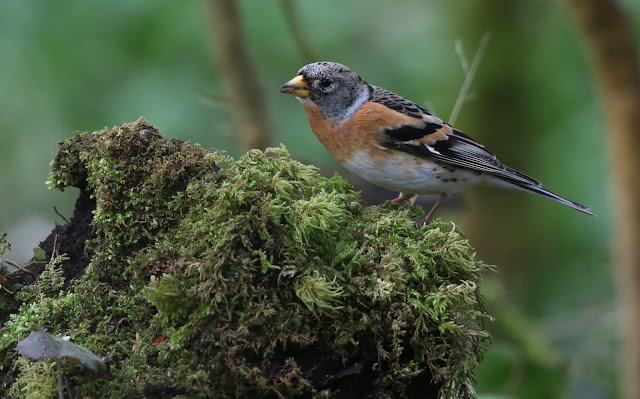 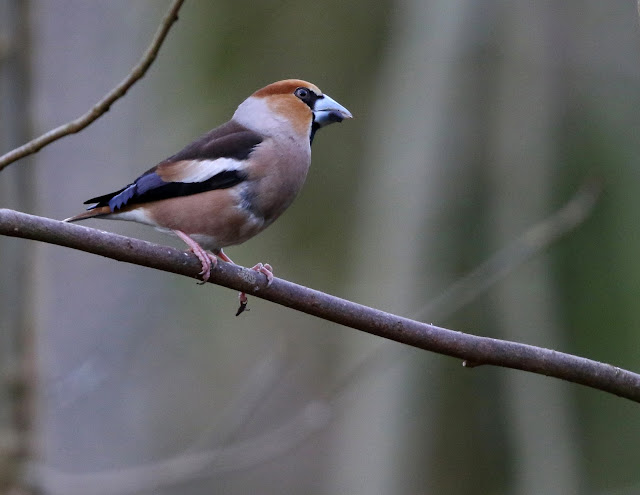 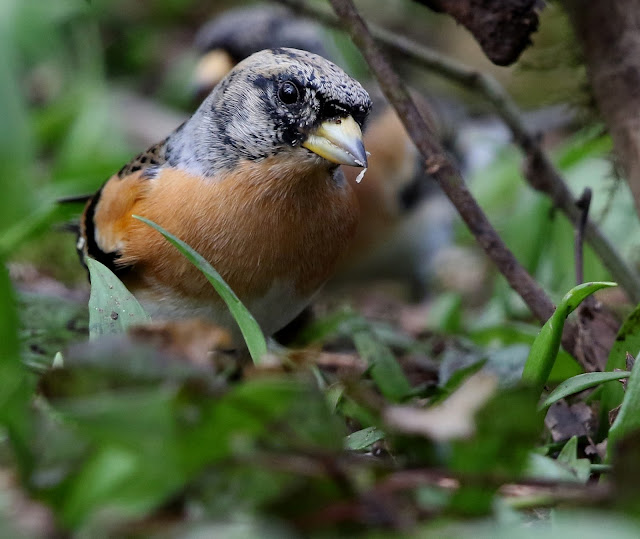 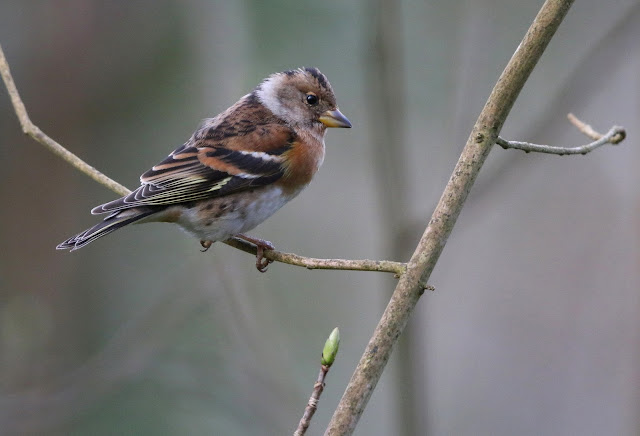 Tim departed and Colin joined me on a jaunt to Garwnant where we dipped on the Willow Tits but it was nice to bump into Phil Yendle and Dave Gilbert and his wife.
We then dipped on the Water Pipit at Llwyn On Reservoir before heading across the bridge hoping to connect with the Barn Owl and Short-eared Owls which have been showing well in recent weeks at Aust Warth between the two Severn crossings.
A single Shortie hunted after we had been there for an hour but confined itself to the opposite end of the road making only a brief sortie to our end where it perched up briefly sharing an old tree stump with a newly arrived Northern Wheatear. 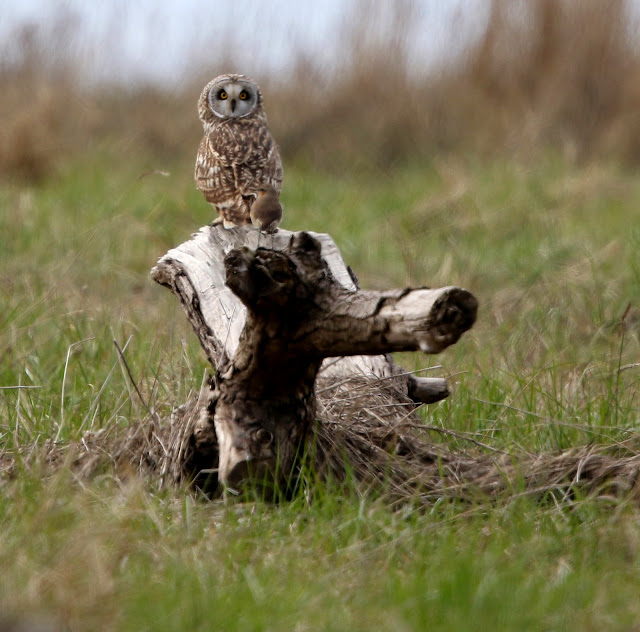 We stuck it out for a further couple of hours and with nothing else showing headed back to South Wales at about 6.30pm, Sod's Law that we found out later that the Barn Owl had put in an appearance at 7/00pm !

It's been a little while since I've been out with the camera, January to be precise, what with other commitments including Teresa's knee replacement operation and my annual Six Nations pre-rugby walks with best friend Neil Davies I just haven't been able to find the time.
Teresa fancied a few hours out and I managed to talk her into accompanying me on a trip to Aust Warth on the east bank of the River Severn yesterday with the promise of a bite to eat on the way home.
We rocked up at Aust about 3.00pm and after about an hour a single Barn Owl put in a brief appearance hunting over the rough grassed area, the light was abysmal and it was bitterly cold but I managed a few reasonable shots given that I could barely feel my fingers........ 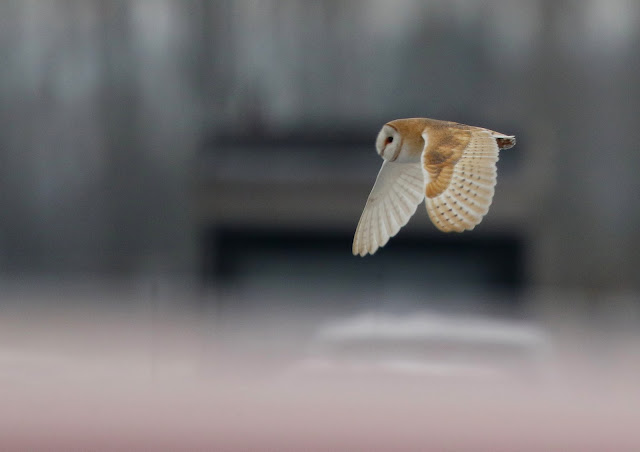 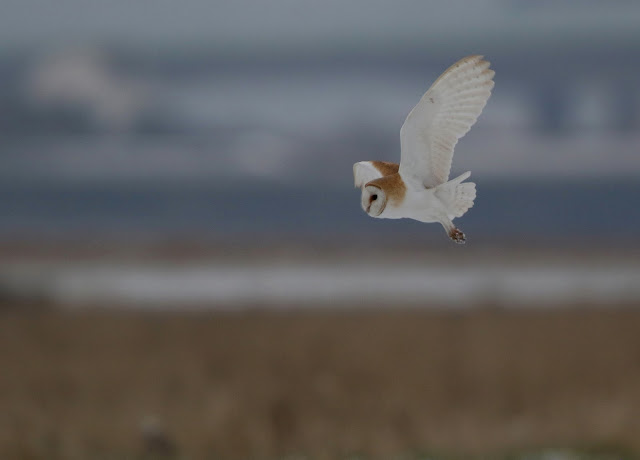 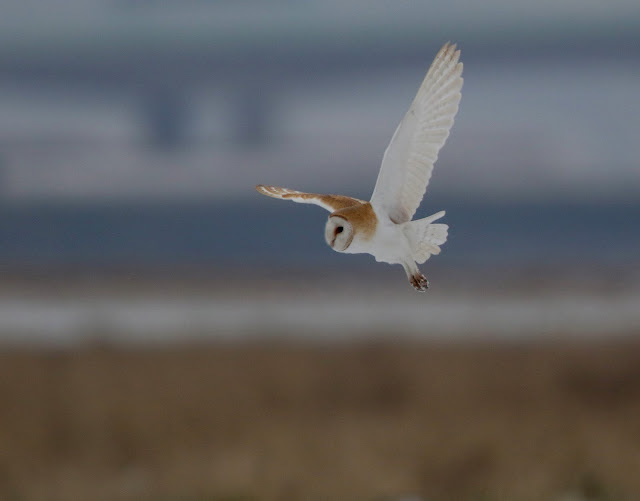 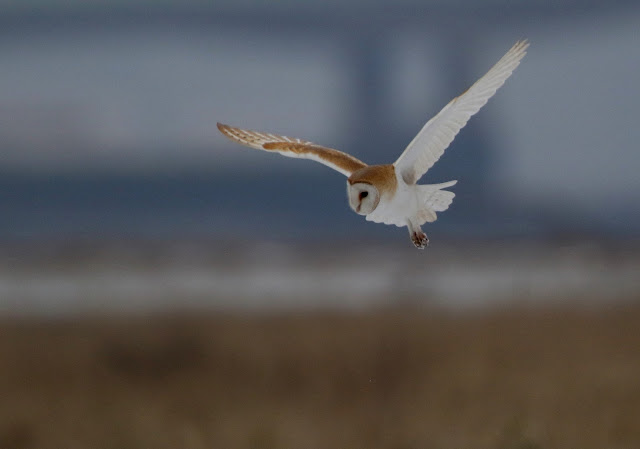 Just as the Barn Owl disappeared over the roadside fields two Short-eared Owls began to hunt and offered themselves up for a few shots........ 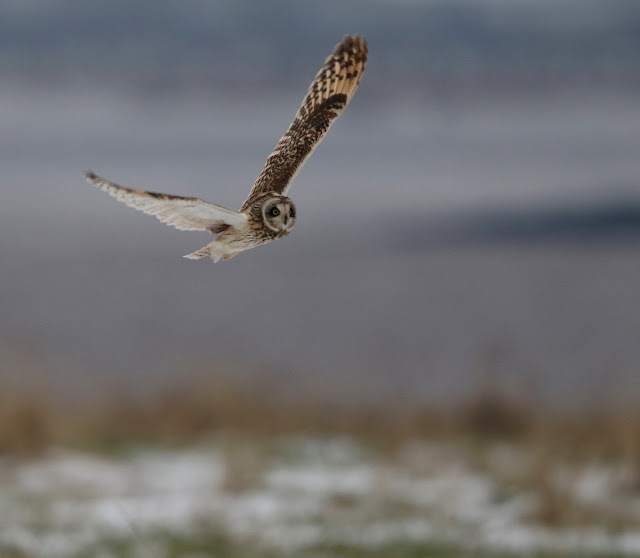 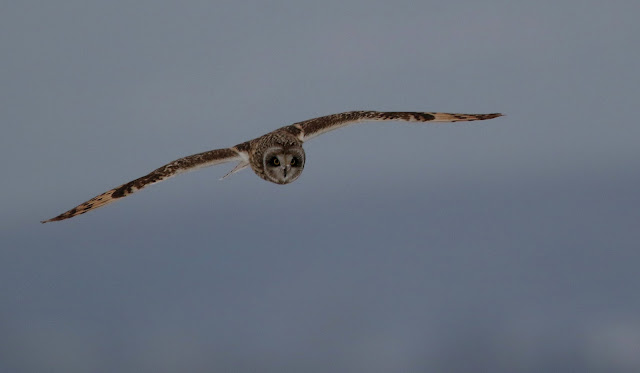 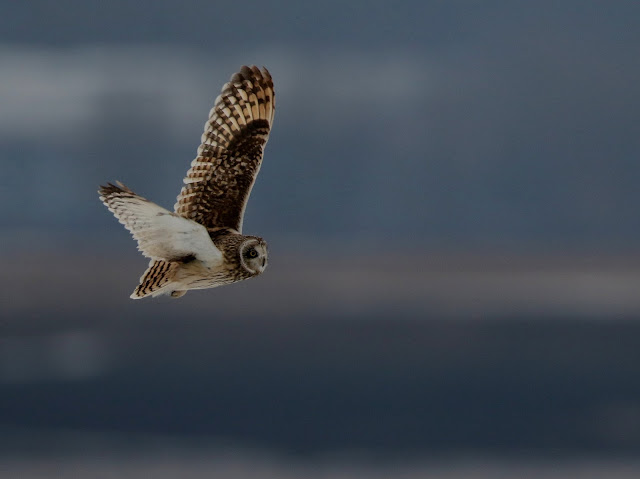 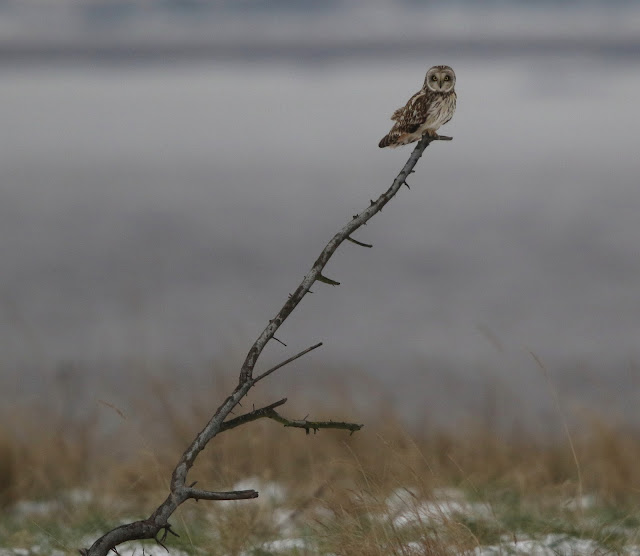 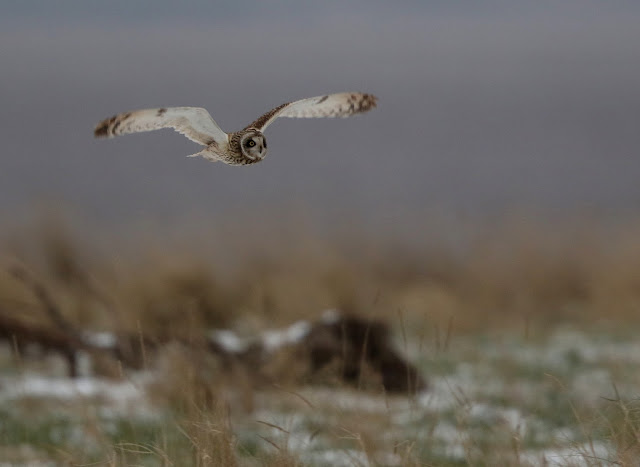 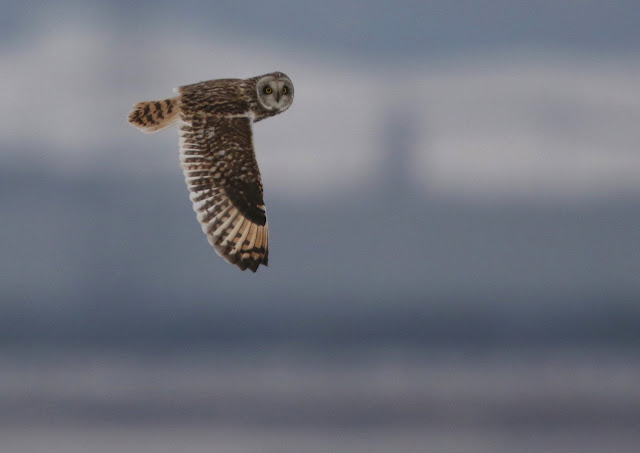 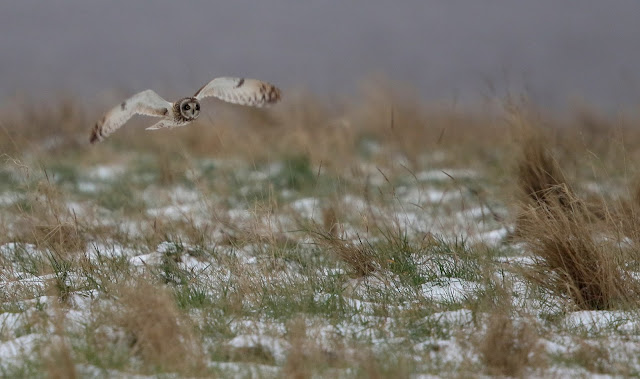 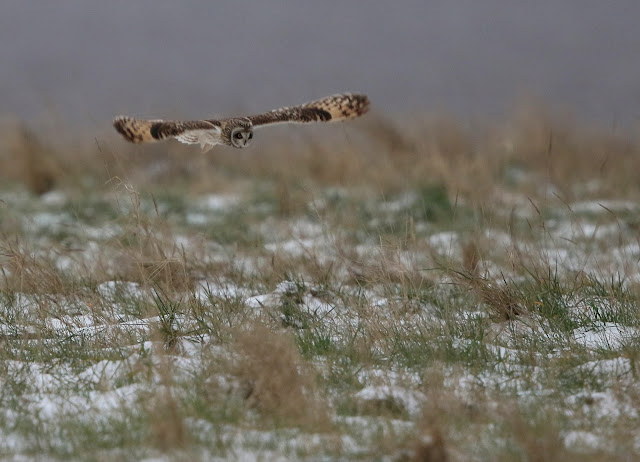 As the light faded the Shorties went to ground and it was time to leave, a hot cup of coffee greeted me in the car, she spoils me, and we enjoyed a cracking carvery on the way home
Posted by Jeff at 3/19/2018 08:25:00 pm No comments: