With the weather not forecast particularly good for today I thought I'd spend a couple of hours in the hides at Forest Farm NR, Cardiff and move on elsewhere should news of anything interesting be put out.
On my way down to M4 I got news via the WhatsApp group that the Ring Ouzel that had been around Cosmeston CP for a few days had been seen so I diverted to 'Cossie'.
I headed out past the lakes to the West Paddock and it took me a while to find the bird before it showed itself in flight between trees, it was very mobile and difficult to see burying itself deep in berry laden hawthorns.
It was good to bump into firstly John Wilson and later Paul Denning, Steve Rosser, Ceri Jones and another birder that I didn't know.
As we waited for the bird to show again, and it flew another twice, it started to spot with rain which progressively got heavier and myself and Paul decided to call it a day in order to protect our camera gear, I managed a few poor 'record' shots before the rain got the better of us and for my efforts got something of a soaking walking back to the car park.
Suffice to say in my soggy state I didn't get to Forest Farm.......... 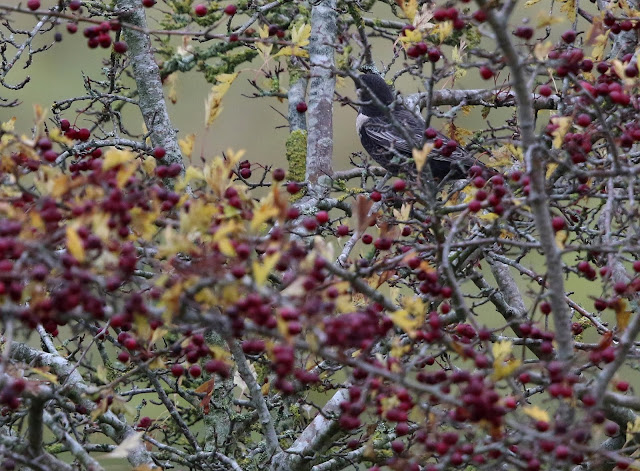 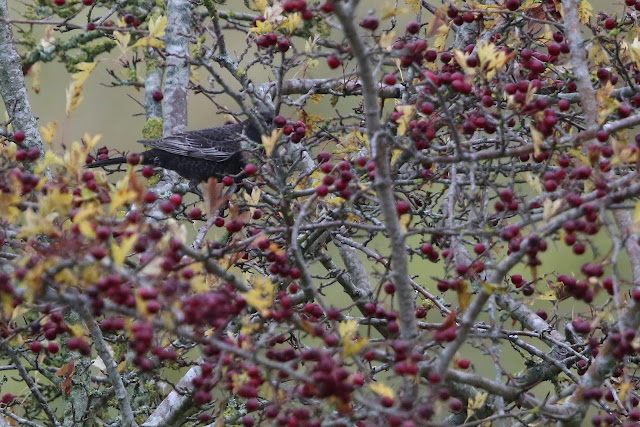 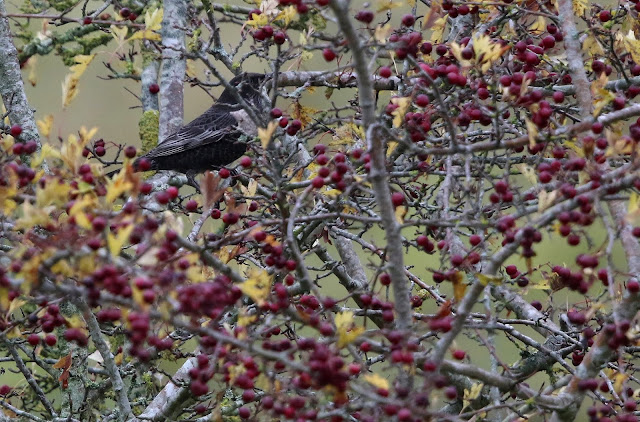